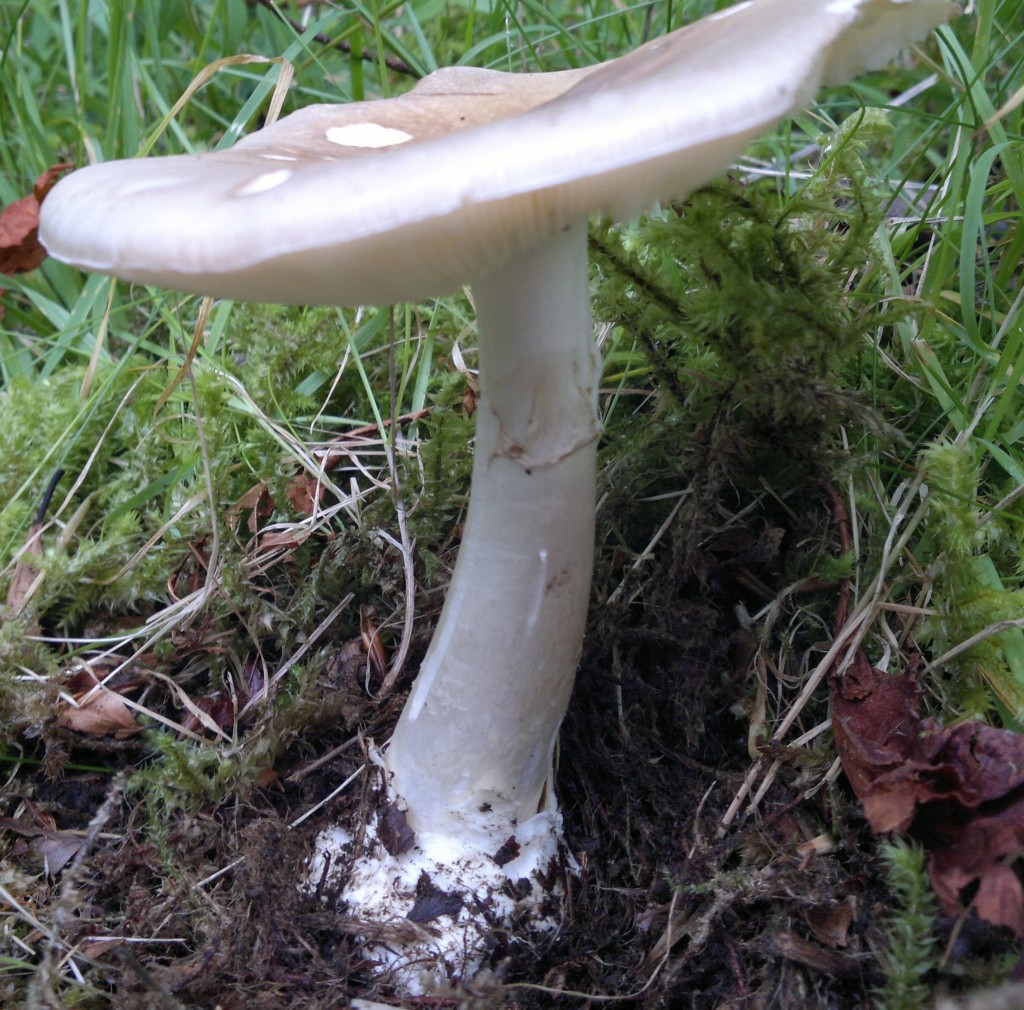 The death cap is the most deadly of all fungi, a lethal dose being as little as 20g. What makes it most dangerous is that symptoms do not usually show until 6 – 24 hours after ingestion, and by this time it is often too late for effective treatment. As identification of the cause of poisoning is crucial, this gap also makes it difficult to trace the source. When symptoms do set in, they are agonising and pretty much irreversible: violent vomiting, diarrhoea and abdominal pain before liver and kidney are attacked by amatoxins, ending protein synthesis and causing cell death. This is damaging enough, but the toxins are then recirculated through the system to do their violence again. This is doubly cruel, as the victim may experience apparent respite for a day or so before his major organs are fully destroyed. 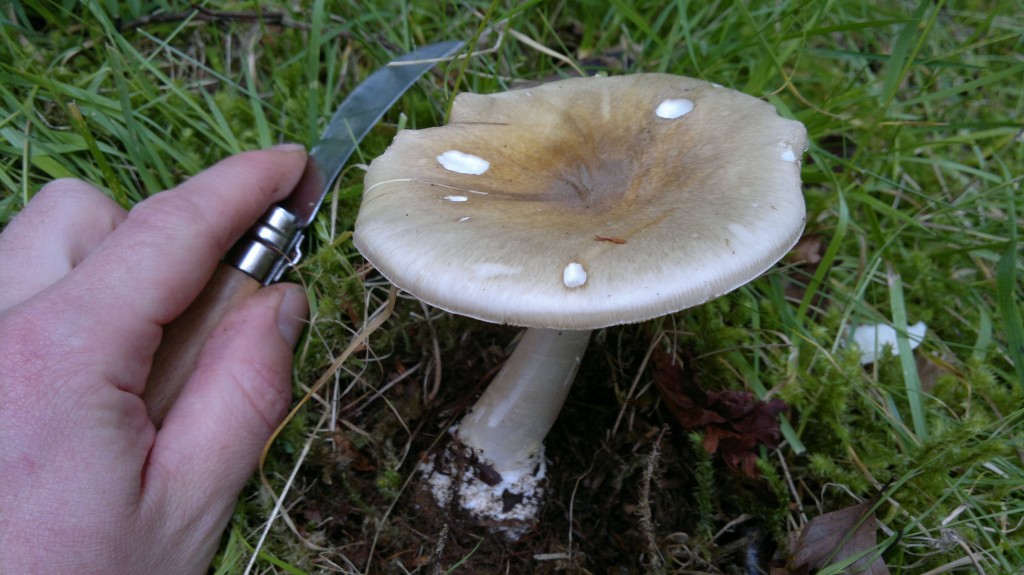 So here are the key features that you must be able to recognise: 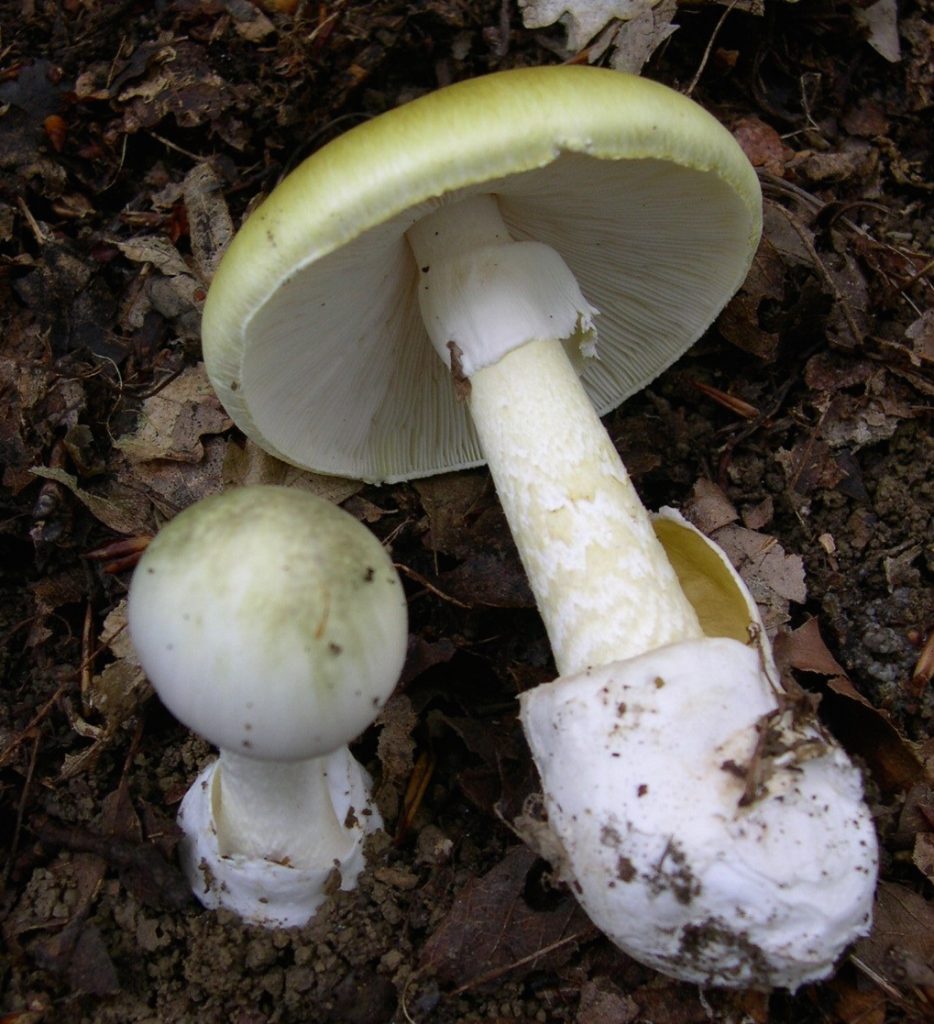 The good news is that death caps seem to be quite scarce in Scotland. I have only found 2 in 25 years of foraging – one in North Berwick and the one near Barrhill, just over the Galloway/Ayrshire border. This is no reason for complacency – it only takes 1! They are much more common in S England, especially in oak woods.

The Destroying Angel (Amanita virosa) has very similar features but is pure white, with a preference for conifers. It is equally lethal. 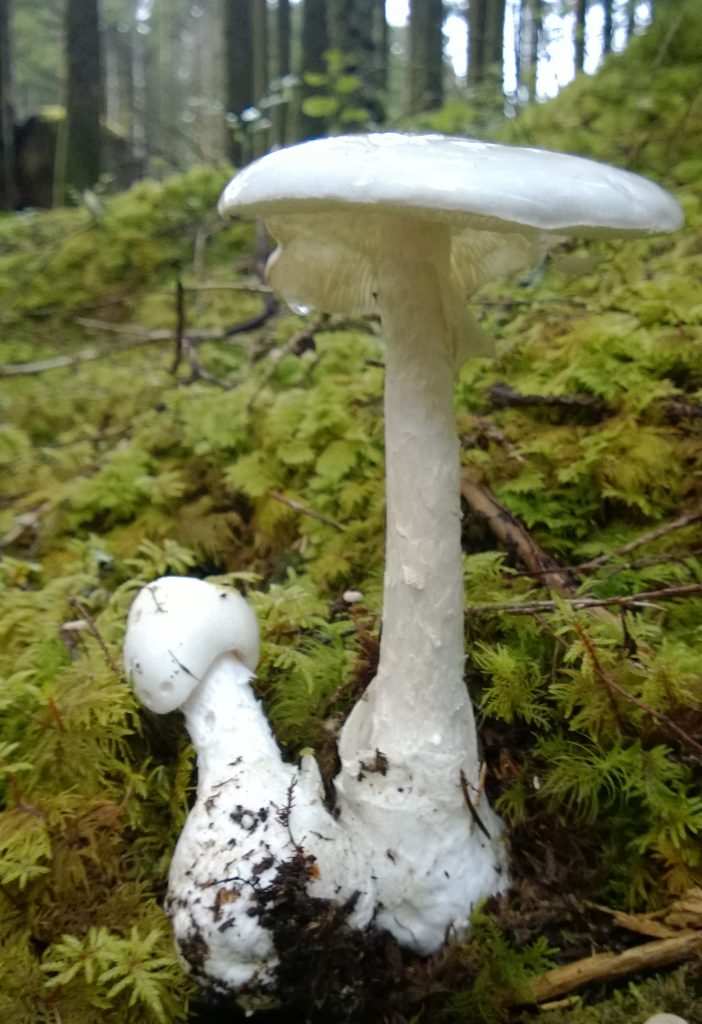 The false deathcap (amanita citrana) is distinguished from the true deathcap by its bulbous base and smell of raw potatoes. It is an edible species, though not nearly tasty enough to warrant the worry of mistaking it for its notorious cousin. Be very, very sure of your identification skills if you plan to eat it! 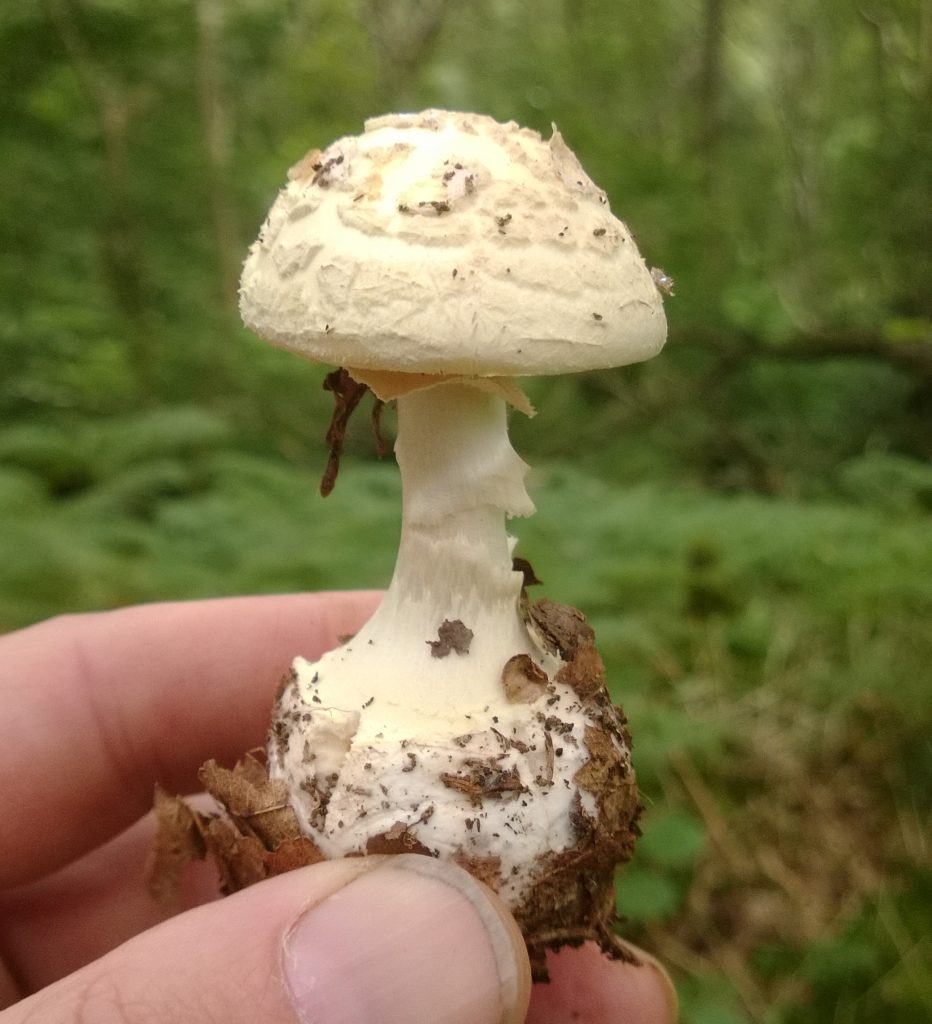 The best advice to the worried beginner is to be extremely wary of any mushroom with a volva at the base of the stipe.