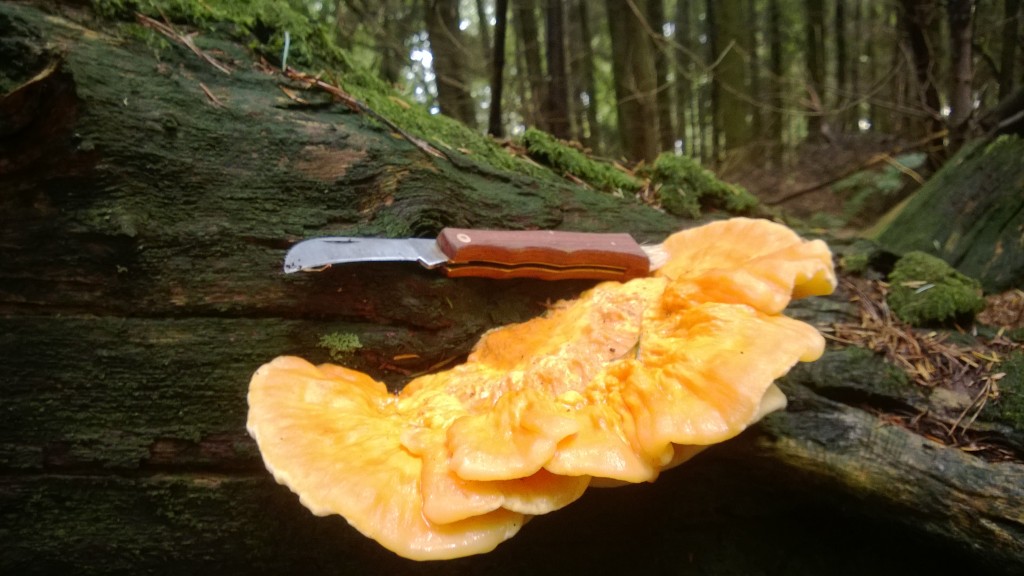 Chicken of the Woods

Should I Eat Chicken of the Woods if it is Growing on Yew?

Many books advise not to eat CotW if it is growing on yew (which is highly toxic). However,  I have met a few people who have eaten yew-hosted chicken of the woods for many years with no ill effects.

I’ve been told by mycologist-mycophagists whom I trust, that CotW mycelium ‘disassembles’ the problematic compounds of yew (taxine alkaloids) into safe components – fungi are clever like that!

So the main danger is not that taxine is present in the the flesh of the mushroom itself, but that the mushroom may have incorporated significant pieces of yew (twigs, needles etc) as it rapidly grows (this often happens with CotW and other large, quick-growing brackets), and that these are missed during the cooking/cleaning process and ingested in problematic quantities. Given that 50g of yew needles is estimated as a potentially lethal dose for an adult, you’d need to be pretty shoddy with your cleaning to kill yourself! However, a much lower dose could make you ill, and yew really isn’t a tree to take chances with.

So on balance, while I might personally eat a chicken of the woods growing on yew (especially in a lean year for them), I’m not recommending this.

Better to go hunt it on other trees if you feel worried…you won’t enjoy it anyway if you think it might make you sick! 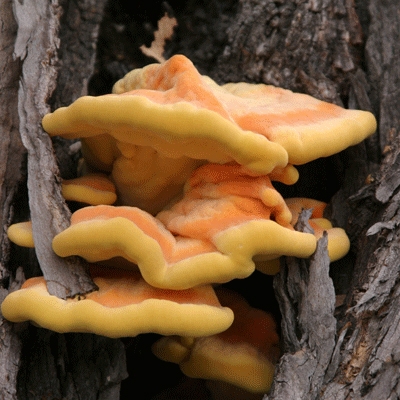 Tender young chicken of the Woods. This is the condition in which they are best to eat. 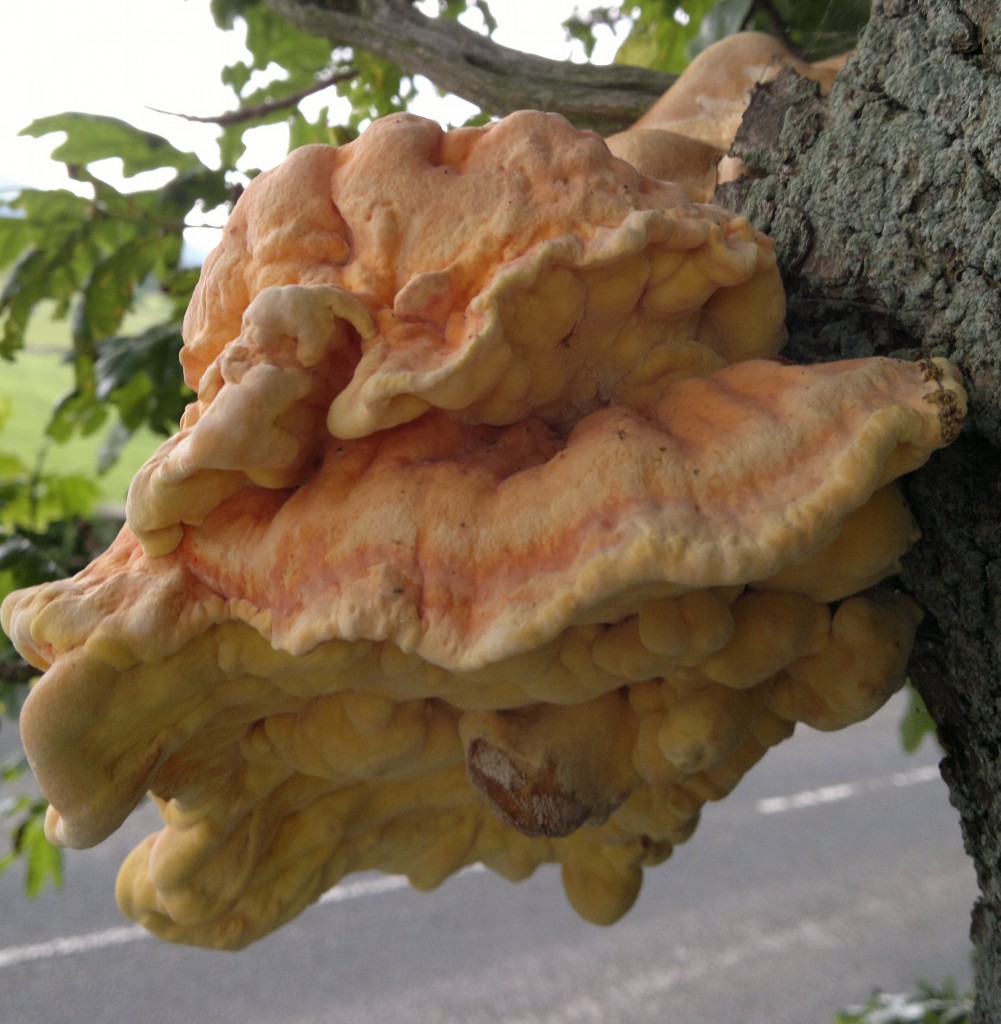 Older chicken of the woods. Most of this specimen was too dry and hard to digest for the kitchen, but I did dehydrate, powder and add to my seaweed/fungi stock powders. 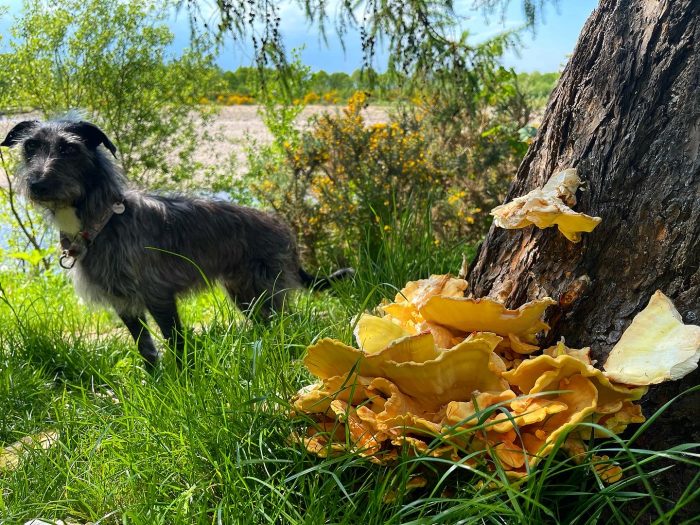 Chicken of the Woods growing on larch, June, NE Scotland. While most chicken of the woods is found on hardwoods (especially oak), it has diverse taste and is occasionally found on conifers – including yew (see my discussion of this above) 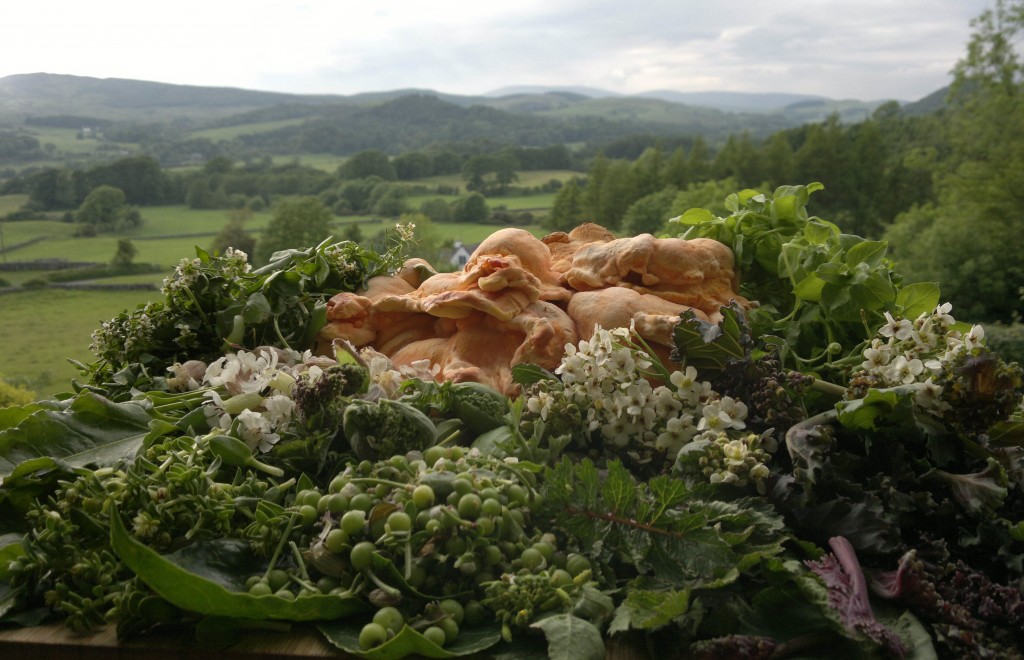 First flush chicken of the woods come around May/June, when sea kale is still in season