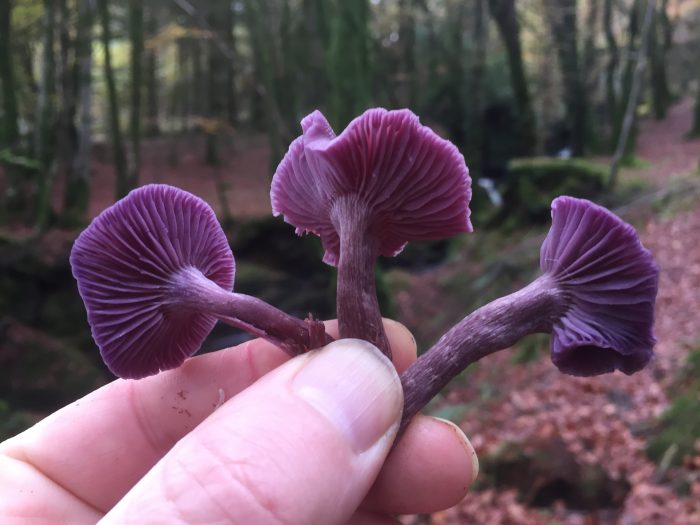 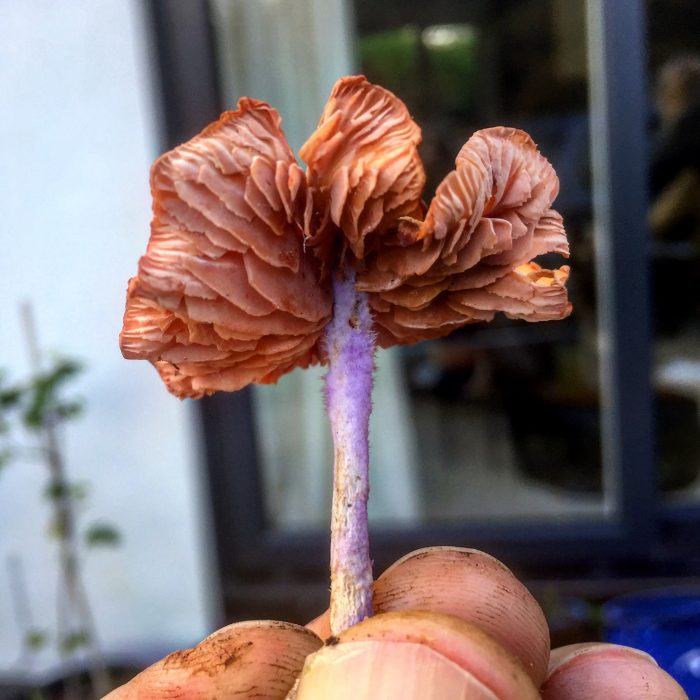 Bicolour deceiver (quite a twisted specimen) 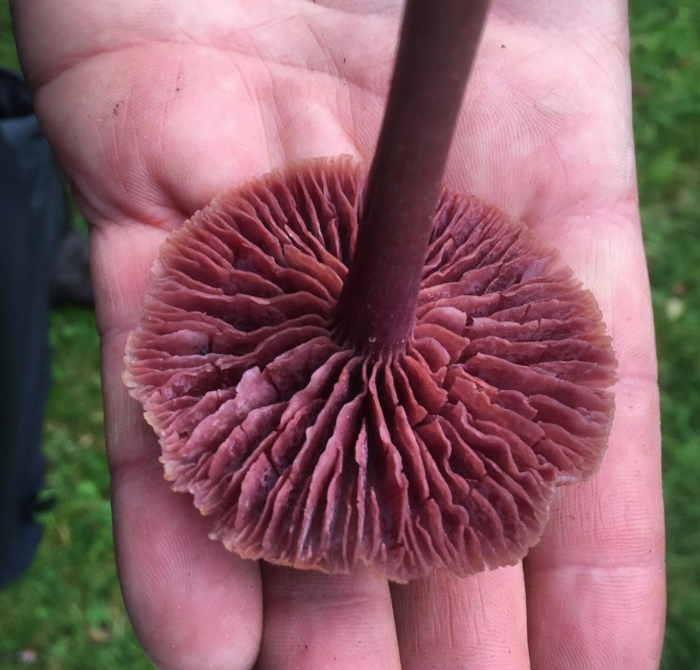 An unusually large amethyst deceiver, showing the broad gill spacing, and partial gills, that only go part way to the stipe. These are two of the most consistent and recognisable features of all the laccaria species. 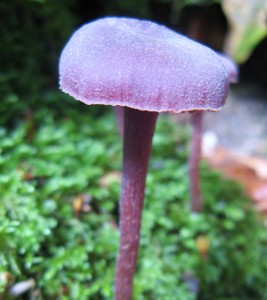 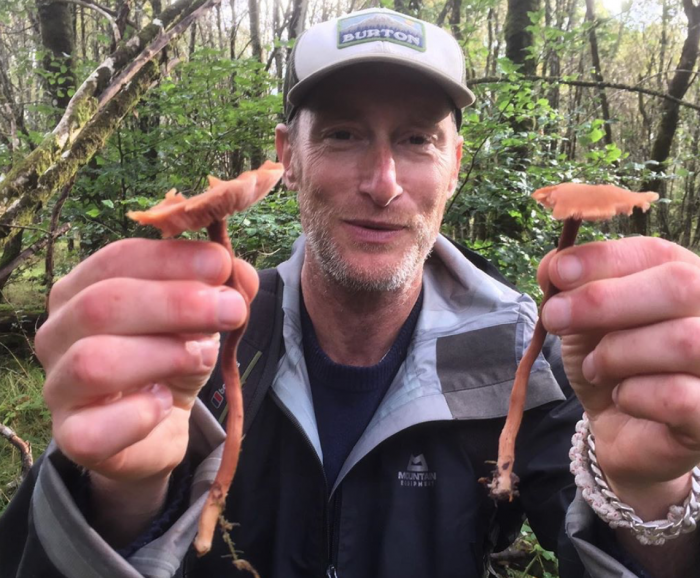 Though  a little flimsy of texture, these mushrooms are well worth picking for their beautiful colour, which is even more striking in a basket next to chanterelles – which they can often be found growing alongside. Sadly the colour fades on cooking. 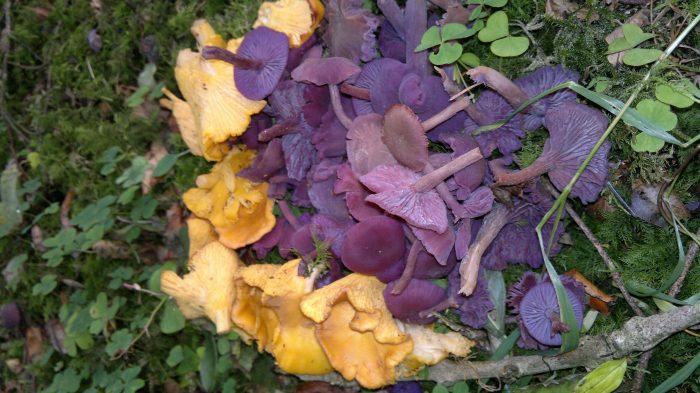