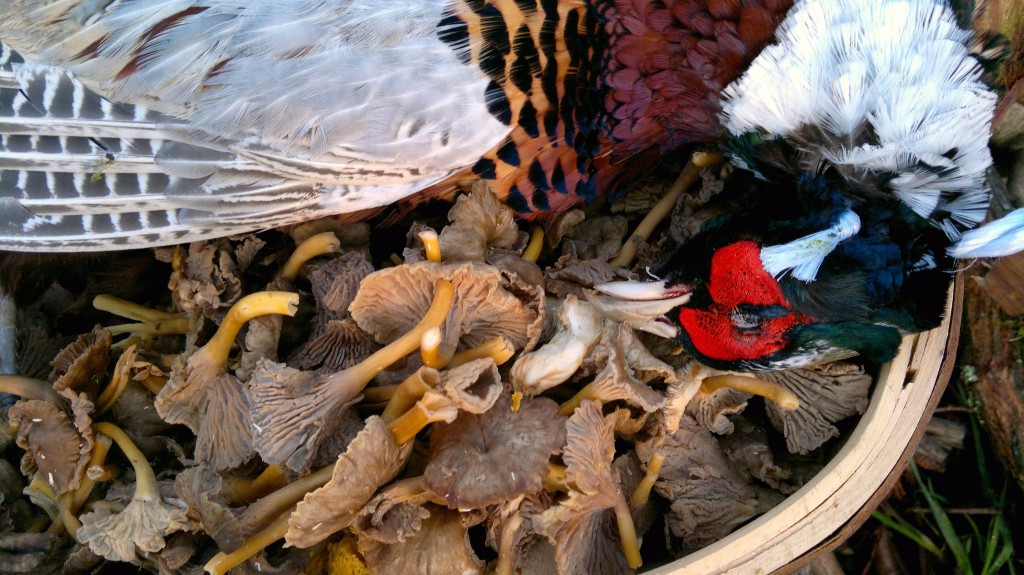 The pheasants we encounter in Scotland (Phasianus Colchicus) are neither native or truly wild. Indigenous to Mongolia, they may have arrived here with the Romans as ornamental birds and were certainly a common sight in Britain by the C10th but were virtually extinct again by 1700.They were reintroduced around 1830 as ornamentation for wealthy country estates. Presumably, the fact that they waddle about in manageable areas and only fly under extreme duress – and at a nice speed and height for shooting – is why the trigger-happy victorians soon started rearing them as game birds. Apart from the odd tough feral bird, almost all the pheasants you encounter will be bred and fed (via those blue drums you so often see attached to trees) by gamekeepers, farmers or shooting collectives. The pheasant shooting season runs from October 1st to February 1st. 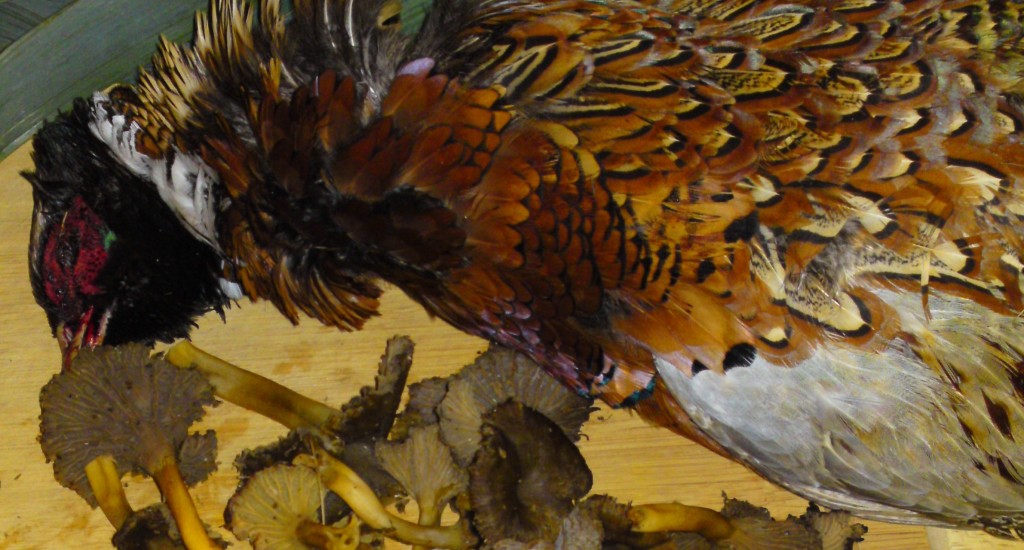 Male pheasant – hung and ready for skinning or plucking

You may occasionally spot black pheasants – these are melanistic (the opposite of albino), the result of a mutant gene. In bright sun these males can exhibit iridescent electric blue and green sheens that can be even more beautiful than the usual array of reds and golds of their more common relatives. 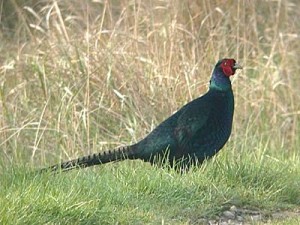 .
After the stunning plumage of the males, pheasants are most noteworthy for their extreme lack of road sense. They have a kamikaze knack for scuttling in front of cars that is only rivalled by red squirrels. I regularly pick up fresh pheasant carcasses from the road, and sometimes have to put them out of their misery if they have received only a glancing blow. Never a pleasant experience, but at least I know how fresh they are! This is normally quite a tricky judgement with non-twitching roadkill. Rigormortis or bright red/runny blood are signs of freshness and if you aren’t squeamish I would urge you not to let them die in vain. But more on the joys of roadkill cuisine another time…
Its nice when the seasons for complimentary ingredients overlap and thats why I have strayed onto the not-so-wild. This week I was in the woods picking winter chanterelles when a friend phoned me to say he was going shooting and “did I fancy a brace of pheasant”.  A no-brainer if ever there was one! Richard owns a small amount of land which he stocks with pheasants, but he generally just “goes for a stroll with his gun” and see’s what flutters through his sights rather than than those organised affairs where droves of hapless birds are cajoled into a killing zone. To my mind, It seems like a much more pleasant, not to mention “sporting”, way of going about things.
. 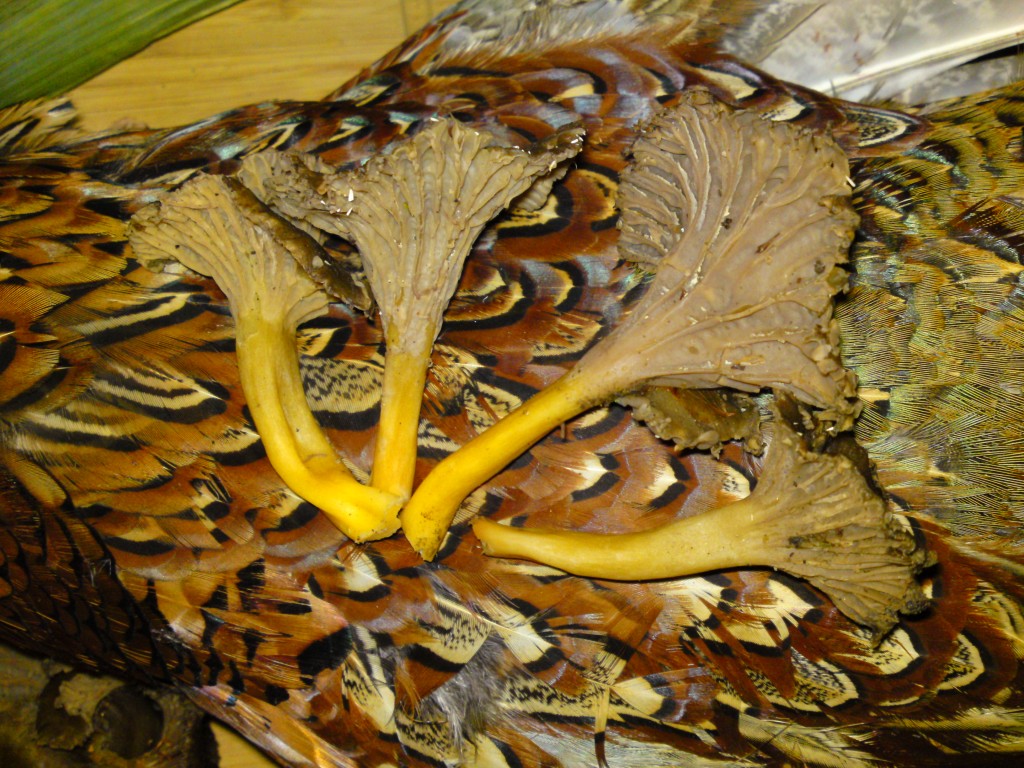 However you come by your pheasant, preparing them for the table can be a messy business. I prefer to skin them as plucking invariably results in a blizzard of superfine down drifting across the kitchen. Skinning can exacerbate the lean meat’s tendency to dry out during cooking, so its worth plucking outside and holding your breath for a while if you want to roast them whole.

Year old females tend to be tastiest – you can tell their age by the pliability of their beaks which become rigid in their second year. Braising the breasts and legs keeps them moist and a hearty winter stew with root veg and the last of the seasons mushrooms is hard to beat on a cold December night.