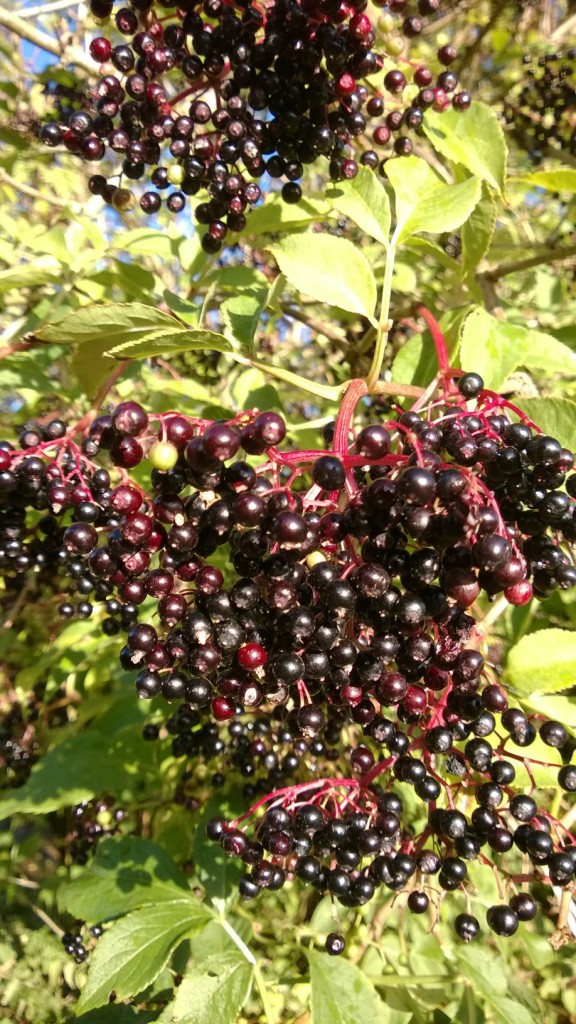 Elderflowers are one of natures finest edible treasures and for me, the signature wild food of early summer. Their elegant, sweet, heady fragrance translates into lots of  delicious drinks and desserts. Occasionally, this delightful scent can develop from muscat bananas through musky to cat pee, the result of . You should be able to avoid this if you harvest them on dry, bright, sunny mornings. Blossoms harvested in these conditions will also carry many more natural yeasts, which are useful if you are planning to make wine or champagne with them. Elderflower champagne is one of the simplest and most rewarding boozy summer preparations. 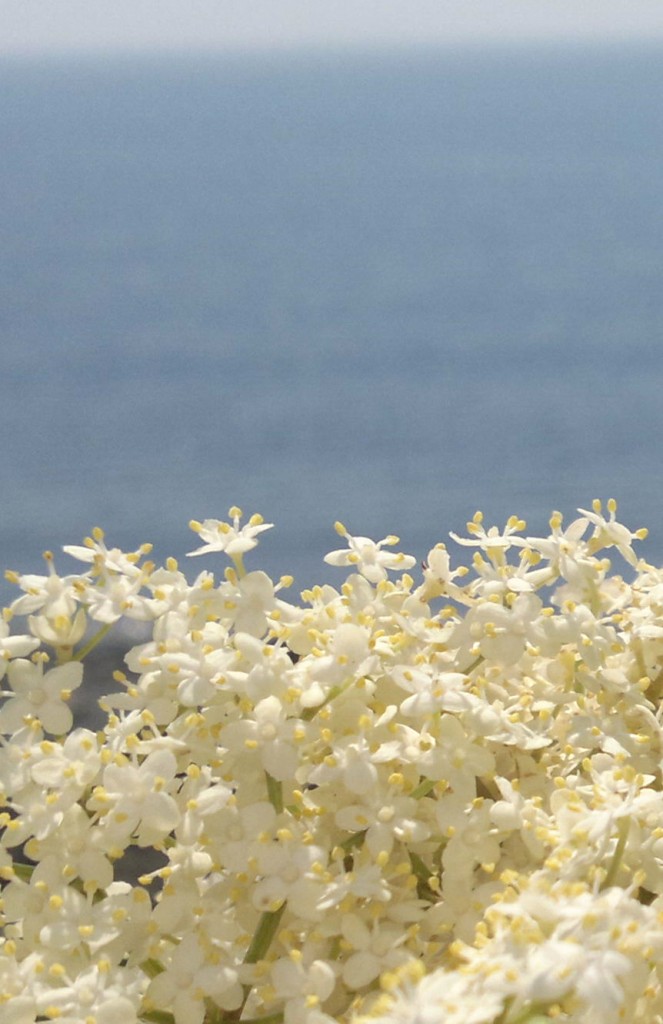 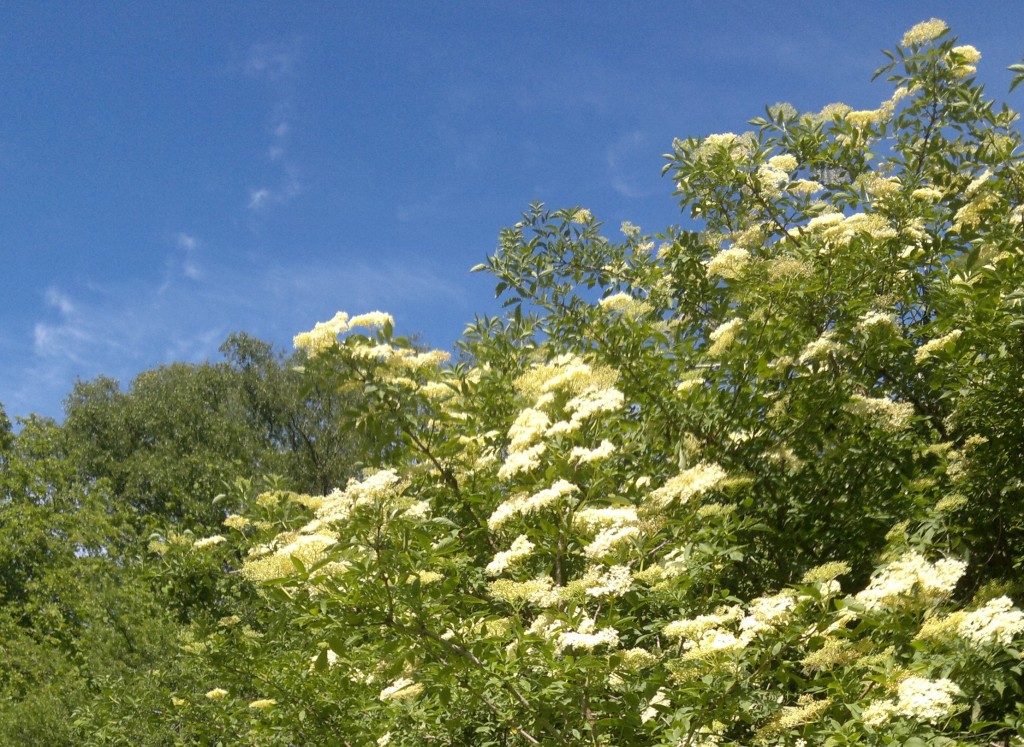 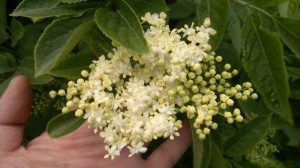 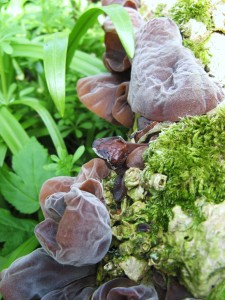 When picking saintly, angelic elderflowers, always keep an eye out for their sinister, twisted step-cousin the edible jelly ear fungus (Auricularia auricularia-judae) which only grows on elder trees that are past their prime. This rather dubious looking little mushroom’s latin name comes from its traditional name of “jew’s ear”, which isn’t considered very PC nowadays, though it actually references the christian tradition that Judas Iscariot hanged himself from an elder tree. Either he was very small, or it was a particularly substantial specimen, or, as I suspect, christianity was trying to enhance its plausability by  ‘cashing in’ on pagan traditions that long predate it. Despite its slippery and somewhat sinister appearance, jelly ear is revered in chinese cookery, lending itself well to miso soups and stir-fries. 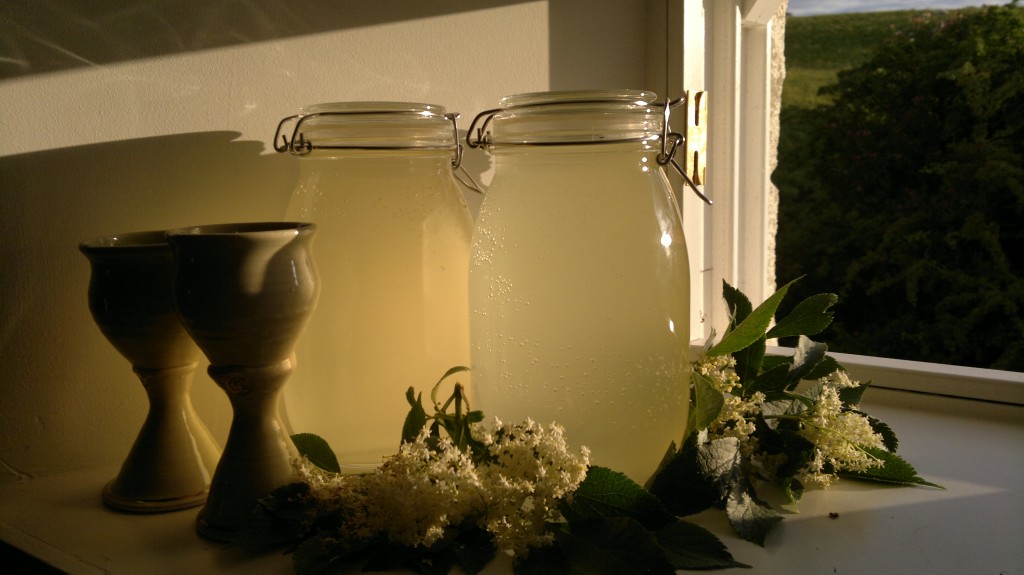 Don’t get too carried away with the wonders of elderflowers though. If you strip the trees of reachable blossoms in summer, you will have no elderberries come autumn. Elderberries are one of the richest and most complex tasting of our hedgerow fruits. They make excellent wine, chutneys and jams, fruit leathers, but best of all, a magnificent vinegar. I don’t recommend eating them raw as they contain small amounts of a precursor to hydrogen cyanide. Don’t be unduly alarmed by this – so do apples! But it is good practice (and makes them taste better) to cook them for a short time as part of any recipe. For more details, see my discussion of this under “Edibility” above. 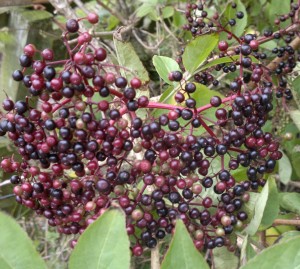 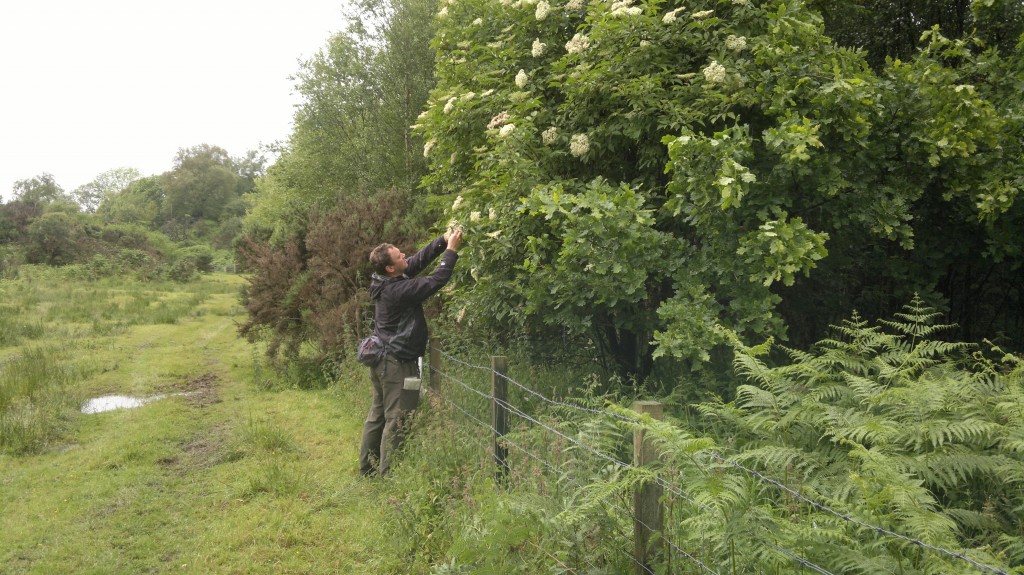