For in-depth films on the species discussed on this page, and lots, lots more, check out my Seaweed Webinar. 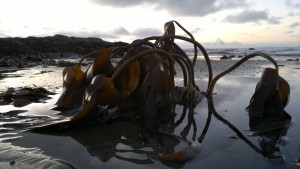 Harvest: Most of the year (tides permitting). Best March – June. Cut the blades above the meristem leaving at least 1/3rd to allow regrowth. Later in its season, and especially in more sheltered locations, kelps can become home to sea mat (Membrainpora membranacea) which appears as pale crusts on the blades. Close inspection (through a hand lens) will show these to be made up of hundreds of tiny craters which are home to minute tentacled filter feeders. These are harmless, but crunchy and not pleasant to eat. They can be scraped off with the back of your nail, but this becomes laborious if you are harvesting any quantity, so its best to avoid settled specimens if possible. 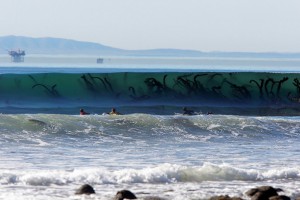