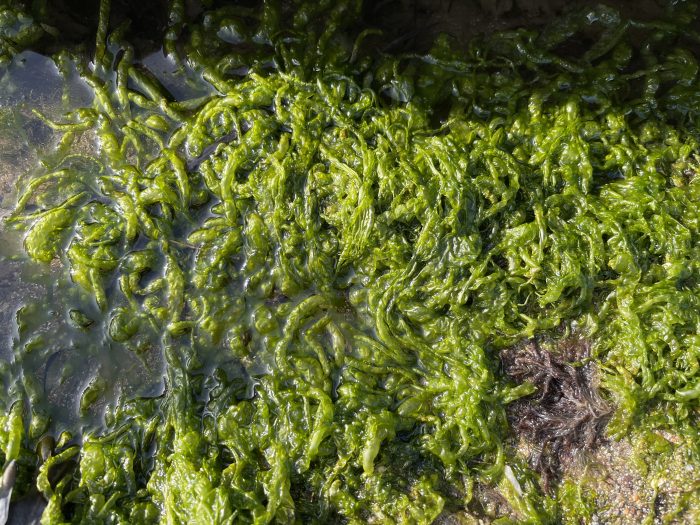 Habitat: Very common in rockpools high up the shore, even managing to survive in the splash zone, outwith the regular tidal range. Be careful as gutweed often thrives where enriched water reaches the shore – and by enriched, I mean with agricultural run-off or sewage!

Identification: A bright green mass of tubes (evolved for water-retention) forming mats, sometimes in stagnant brackish pools. Ulva linza is very similar only with flattened tubes and can be used in the same ways. There are several more species of tubular green seaweeds in the Ulva group. Distinguishing them is a challenge even for committed marine biologists, but you needn’t worry as all seaweeds that you can pick on foot in UK waters are edible. There are also several hair-like green seaweeds which you might mix up with gutweed. These lack the sausage-skin-like water retaining form of gutweeds, and are fiddly to harvest and clean. 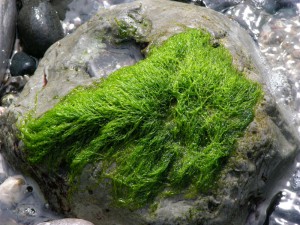 One of the more fine-stranded green seaweeds. These often ply their trade on top of rocks, rather than in rock pools. 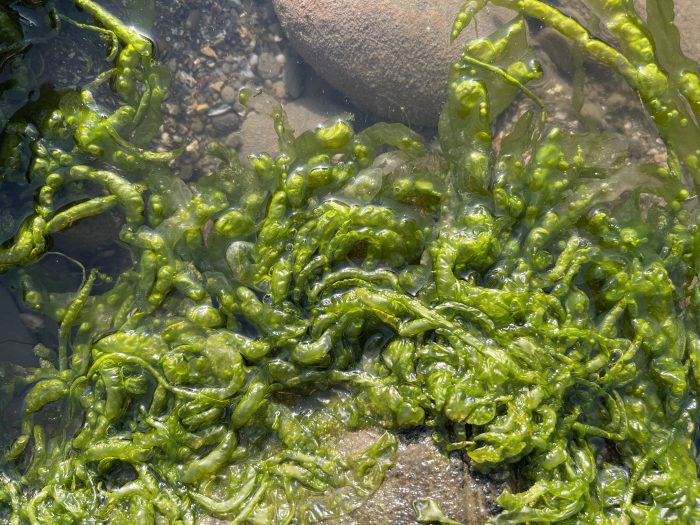 Gutweed, Ulva intestinalis. Note the tubes that fill up with water, and also trap air to keep them afloat, maximising their photosynthesising potential

Edible Uses: Gutweed is not so good to eat raw, but has great flavour once dried or deep fried, whereby it tastes like its close cousin in the Ulva genus sea lettuce , or the crispy seaweed often used in Japanese cuisine. Sprinkle it on salads, sushi or finished dishes like seasoning. The main challenge is in removing sand and grit from its tubes – wash thoroughly, then squeeze out excess moisture – especially if you plan to deep fry it. It will spit hot fat at you if you don’t take care! Some varieties of gut weed thrive in river mouths. I must be honest and say that I rarely harvest gutweed. Not because it isn’t tasty, but because its so much harder to clean than sea lettuce – which is abundant near me and much easier to process.

Harvest: Spring is best, I tend not to trust it in summer when tides are lower and it spends long intervals unsubmerged. My favourite harvesting spot is in a shallow river mouth, where at low tide it is steadily rinsed by clean flowing water. This reduces its salinity a little.

Generally avoid patches of gutweed where it is starting to look white around the edges, except in hot spells between spring tides, when you can find it fully sun-dried – white and crisp. This makes an excellent vegetal salt substitute. I’m grateful to the bold culinary imaginations of my friends and fellow foraging teachers Lucia Stuart and Fergus Drennan for getting me over my reticence about using white sea lettuce when we were exploring Islay on a hot summer day. 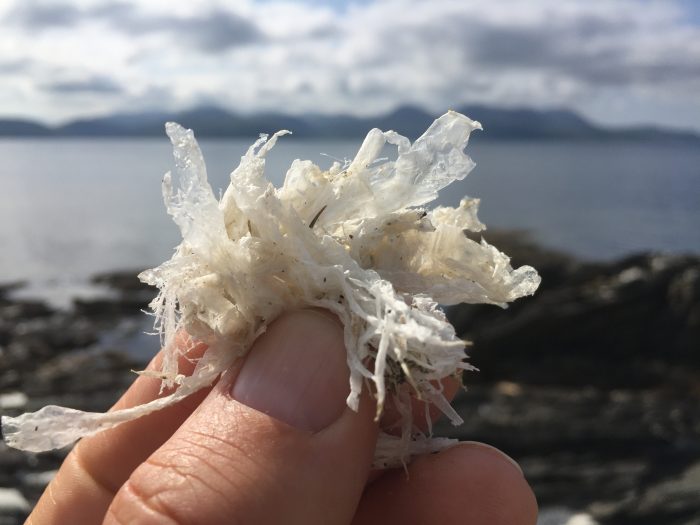 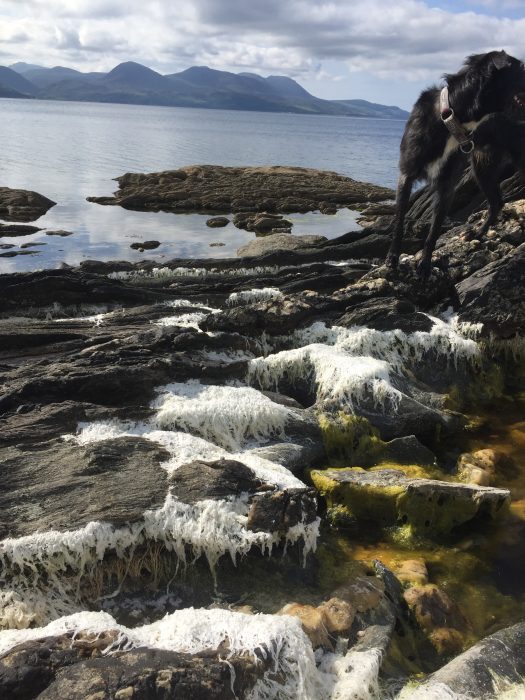