As I get older and crankier, I find myself being more and more irritated by the deliberate mis-labelling of produce in restaurants. Two things in particular bring out the Victor Meldrew in me. Putting downright lies aside (some are so blatant that anyone falling for them is best left in blissful ignorance, eg ‘today’s catch’), I am  amazed at how many places claim to be selling ‘local’ meat or fish merely because they are buying it from a nearby butcher or fishmonger. I am all for supporting local businesses and we have some cracking food retailers around Dumfries and Galloway to whom I would much prefer to give my money over supermarkets (but thats a whole other rant…). Nevertheless, just because a hostelry, or individual for that matter, buys their meat or fish from the supplier just down the road, that does not make it local produce. The chances are that it has come from one of the big markets in Glasgow, Newcastle or London and through a large distributor. I have worked in these trades and seen it happen. I still see it happening now when I regularly encounter the same meat wagon supplying several Galloway butchers. 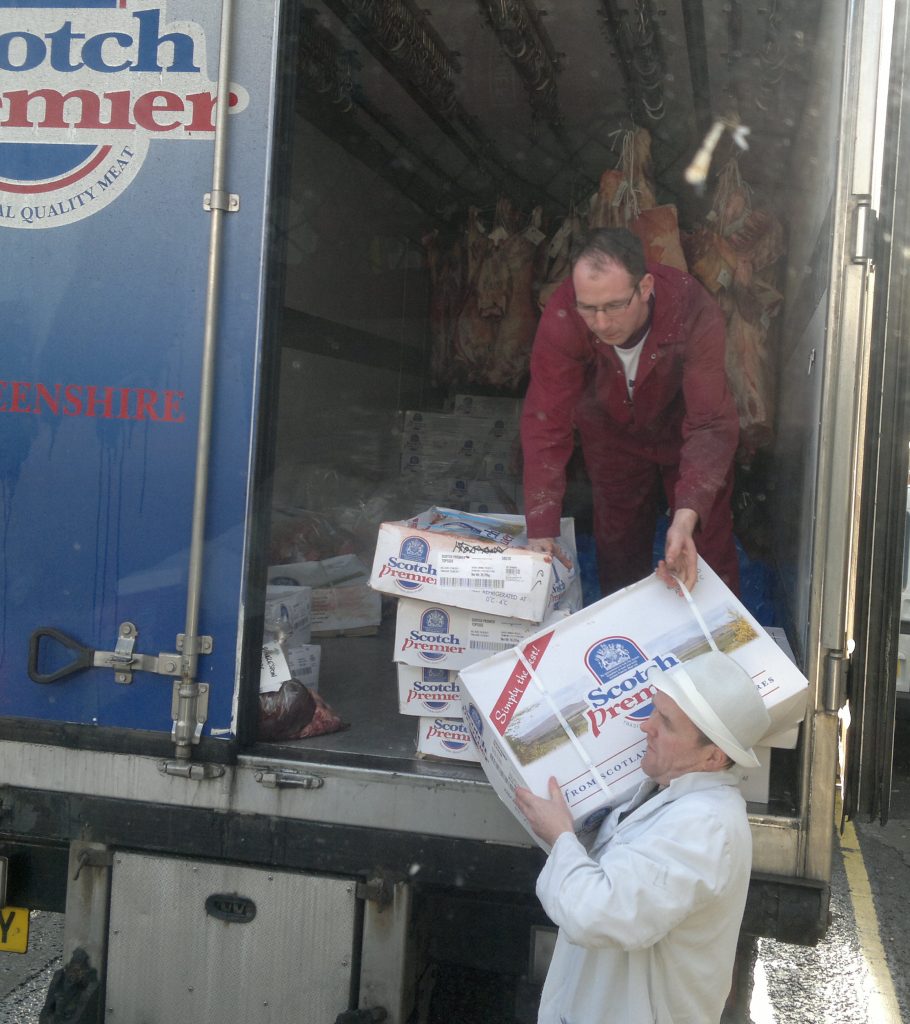 Put simply, if a restaurant or retailer can’t name the breed and farm of origin of its meat, or where its fish were landed, then the stuff isn’t local. That doesn’t necessarily mean its of poor quality, but we should be clearly informed before we buy. I know its not much fun to rock the boat and ask awkward questions, but if you really care about good food and want to support the hard working dedicated producers of truly local produce, you shouldn’t be scared to ask some direct questions about what’s on their slab and your plate. You are going to put it in your mouth after all. Quality producers are struggling. If we can’t afford to pay a bit more for their premium produce, that’s fair enough (though personally I would rather eat good local fish and meat twice a week than anonymous crap seven days). But to allow a restaurant or retailer who is too lazy to source locally to charge premium prices for food of poor providence is wrong. 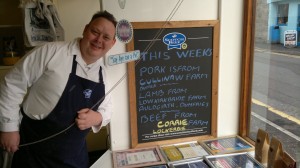 My Friend Scot of Carsons the Butcher, Dalbeattie lets his customers know where their meat comes from. Never known not to “Say aye to a pie”, Scot has won countless awards for his haggis, sausages and pies. I never trust a skinny butcher.

While I am on a roll, just a quick “bonus rant”:  people who moan about organic or even free range chicken being too expensive then buying battery farmed pre-packed chicken breasts at £4 a pair? £6 to £12 will buy you a whole free-range or organic bird that will give 2 breasts, 2 legs, scraps for pie/risotto etc and a carcass for stock. Better value, better taste, better ethics, less packaging. Don’t they own knives?

My second source of irritation is the almost universally accepted practice of selling cultivated mushrooms as wild mushrooms. Just because a mushroom isn’t a regular supermarket button or flat-cap (which are nearly all agaricus bisporous harvested at different stages of development) doesn’t mean it is wild. This may seem like a point only a wild food fanatic would make, but is it really any different from calling regular products organic or farmed salmon wild? 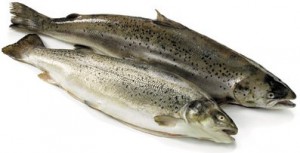 If anything, its worse: we are actually being mis-sold entirely different, and often inferior, species. As the science of mycology has developed, several previously wild species have been ‘tamed’. Field blewits (pied bleu), oyster mushrooms and various species of stropharia have been sucessfully cultivated in the last few decades and ancient eastern techniques for growing shitake have now been widely adopted in the west. Many of these varieties are delicious and should be proudly named when they are used. But they are not wild. By their very nature of how they grow, morels, chanterelles, ceps and most other ‘big hitters’ in the mushroom world defy cultivation. The one exception here is truffles, whose high value has allowed for the development of cultivation methods. These techniques are pretty hit and miss, first requiring the growing of trees. 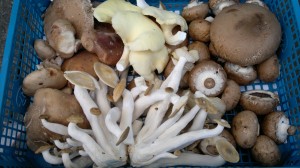 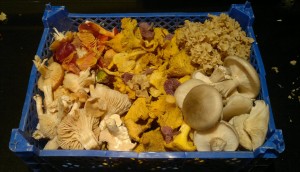 Late last autumn, my wife Cara and I treated ourselves to a very expensive meal in an acclaimed ‘restaurant with rooms’ in Balater, Royal Deeside. We don’t generally throw our money at restaurants willy-nilly, mostly prefering to spend our money on really good produce and enjoy cooking it (along with all our free foraged food) ourselves. But we felt like a blow-out and I happened to know this place had a very good chef who really knew his onions, fish, meat and most importantly, wild mushrooms. I knew this because I used to supply him and recalled him meticulously selecting the exact species, size and shape of fungi to fit the dishes he was planning. He deserved the best of my crop purely because he could recognise and use it.

We were disappointed to discover that the chef I knew had sold up and moved on, but that the new chef/owner had once earned a michelin star  and was likely to be awarded another one soon at this establishment. The menu looked the part, citing good providence and boasting the vast array of elaborate techniques typical of a skilled chef with high aspirations, lots to prove and a hefty ego. Things started well with some nice, if forgetable starters (my fault for ordering fish in game country). I still had high expectations for the main course though, so when it arrived I was surprised and disappointed to see my venison accompanied by slivers of chestnut, portabello, oyster, shitake and worst of all, vile enoki mushrooms. 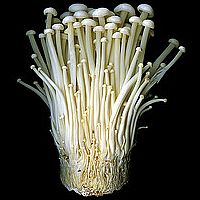 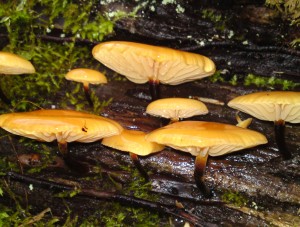 Cara noticed my bottom lip going out. If that sounds a bit melodramatic, please bear in mind that we were in Royal Deeside in November, possibly the finest area for gourmet wild fungi in the UK. The woods up there are positively smothered in ceps, chanterelles and hedgehog mushrooms in autumn. Please also remember that this main course weighed in at well over £20. There is no shortage of countrywise locals who i’m sure would have been delighted to make a few quid supplying the kitchen from their favourite patch. I normally vote with my feet in these situations, enjoy what is good, and never return. But I was feeling bolshy and miffed, so politely enquired if it had been a poor mushroom season (it hadn’t – it never is on Royal Deeside).  I can’t precisely recall the ensuing conversation, but the thrust of the chef’s flannel (if a flannel can have thrust?) was that he couldn’t rely on local amateur pickers to give him a steady supply. Not one for a confrontation (especially when Cara was already squirming), I left it at that.

What I really wanted to do was present him, and the other 99% of restaurants that bogusly sell ‘wild’ mushrooms, with the following points:

1. Never lie on your menu. I am aware that veg suppliers sell 4lb  boxes of mixed, cultivated exotic mushroom as wild mushrooms (in autumn they do occasionally contain a few shrivelled chanterelles), but anyone claiming to be a chef should know the difference or retire.

2. If you can’t source wild mushrooms, don’t put them on the menu. It is always possible to source dried porcini and morels (which are excellent) if you are intent on not cooking seasonally. Some cultivated species are delicious and perfectly valid ingredients if sensitively cooked and properly labelled. Pied bleu and oyster mushrooms spring to mind.

3. Don’t be mean. If you are lucky enough to be offered wild mushrooms by a local picker looking for beer money, remember that beer costs £3 a pint and that you charge plenty for your food. Pay them well and you will get a regular supply – and they may be encouraged to diversify and bring you more interesting, seasonal, local ingredients.

4. ‘Wild’ is not a variety of mushroom. If you are using truly wild mushrooms on your menu, or even cultivated exotic ones, why not refer to them by name? Each species has its own flavour and texture – why not taste them and think about what other ingredients will work with them before you throw them into your jus, risotto or open lasagne? After all, you wouldn’t put ‘farmed meat’ on the menu if you were selling beef fillet.

5. Don’t be lazy. If your supply of proper wild mushrooms (or meat, or fish) is intermittent,  why not be flexible with your menu? The best cooking uses what is in season and locally available. Lazy cooks try to run the same menu for weeks or months on end, so they don’t have to put any thought or effort into sourcing or creating new dishes.

Perhaps all this seems harsh. I know it isn’t easy being a chef in these hard times, what with people watching every penny and owners squeezing margins. But really, can there ever be an excuse for knowingly misleading customers? Similar to the way we get the vile red-top press we deserve, we get the restaurants, shops and suppliers we deserve. If we fail to support the good ones and don’t ask challenging questions of the mediocre ones, then we can’t really complain when our food ends up bland and insipid.

Please start with ‘where did this meat come from’ and ‘what variety of wild mushrooms are these?’ 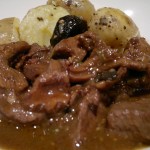 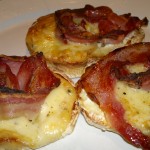 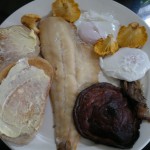 Pairing wild mushrooms with meat – hover over pictures for descriptions