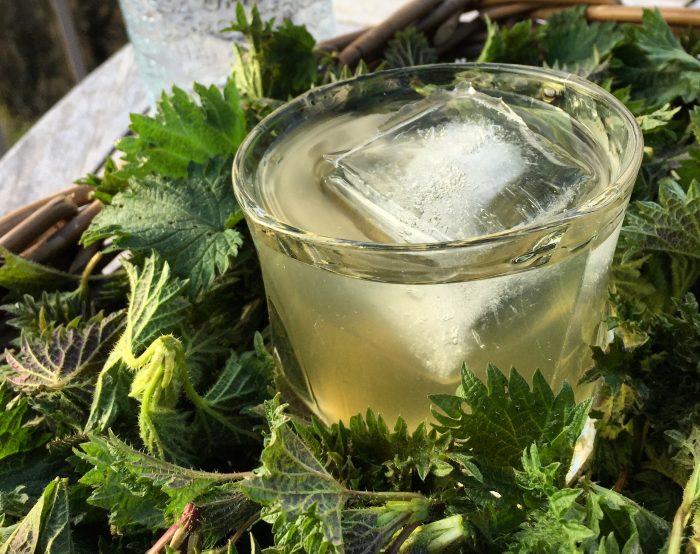 Its a mistake to think nettles are only delicious as a super-nutritious savoury food. You can be naughty with them too. I highly recommend making syrups and cordials with them, to make quenching soft drinks in summer, or as a sophisticated addition to cocktails.

You’d expect nettle cordial to come out green, and taste, well, green too. Sometimes it does, but more often it has a tendency towards orange and even pink. This varies according to when you pick them and how you treat them. My friend, Hedge Witch, cocktail slinger and Queen of Nettles, Abi Clephane makes a lot of nettle cordial and notes that using dried nettles results in a peach ice tea flavour, and using fresh nettles usually results in a pink cordial with an apricot flavour! We haven’t got to the bottom of this wonderful mystery yet (could the pink/orange colour be related to their super-high iron content..?), but that doesn’t stop me from making gallons of this nectar every spring.

How to make nettle cordial:

This makes a lovely quenching diluting drink on warm spring and summer days.

How to Make a Nettle Gimlet:

A gimlet was a small device used to tap barrels of spirits on British Navy ships. Spirit was often mixed with lime cordial to help prevent scurvy on long voyages. While the crew would get rum, the officers usually went for gin. The cocktail evolved from there, the basic version being 50:50 gin to lime cordial, but this might be a bit sweet for modern tastes. If you your nettle cordial has a nice tart edge, you won’t need to add anything. But if its on the sweet side, add a bit of lime juice, or a pinch of citric acid. 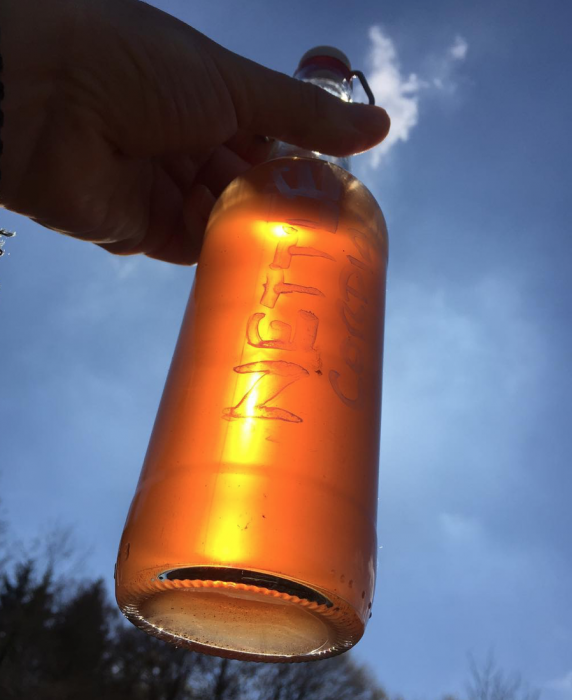 Don’t be surprised if your nettle cordial comes out pink or orange!