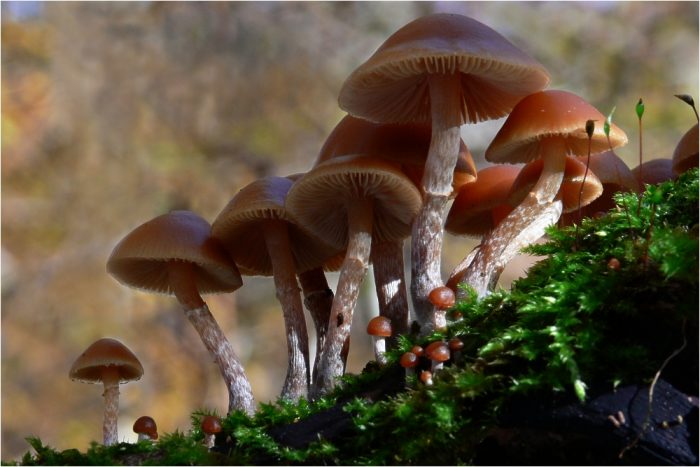 I was quite shocked to see this mushroom ignored in a chapter on the edible sheathed woodtuft (Kuehneromyces mutabilis) in Alistair Schwab’s otherwise excellent beginners mushroom identification book “Mushrooming with confidence” (click link for a review). He advocates a ‘positive approach to identification’, designed to avoid filling the novice picker with confusion and dread, which I thoroughly approve of. The sheathed woodtuft and funeral bell however, are so similar that I think it is quite irresponsible – to the point of actively dangerous – not to mention them together. 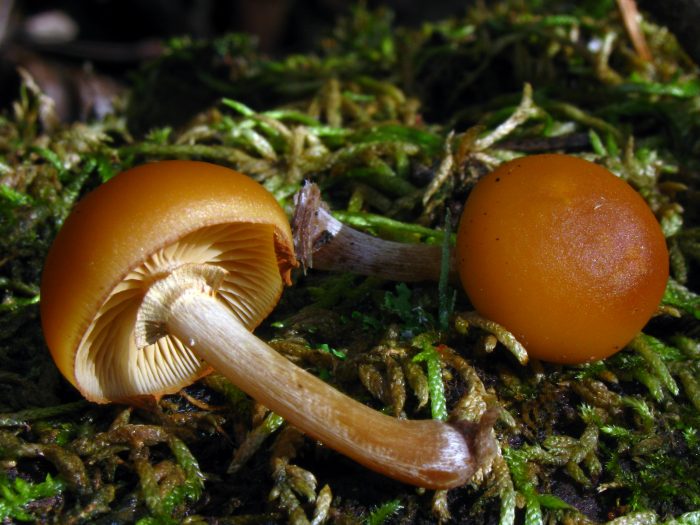 The funeral bell contains the same toxins as the death cap, and will kill you with similar sadistic efficiency if you give it the chance. Both funeral bell and sheathed woodtuft grow in troops on dead wood (though this may be hidden in soil) and often have hygrophanous (ie. zonated colour distinction caused by differentiated moisture content) orange-brown caps. Both have brownish coloured spores. The only real consistent, non-microscopic difference is the

silvery-pale, ringed stipe with longitudinal fibres of the funeral bell

cream-topped, skin-like ring, scaly based stipe of the sheathed woodtuft.

Clear on that? Would you stake your life on knowing the difference?

Sheathed woodtuft are tasty mushrooms, but unless you are very, or rather 100%, confident I doubt you will enjoy eating them. There are plenty of safer, tastier mushrooms out there, so is it really worth it?

All this is not to say that you shouldn’t try to get to grips with the differences – that is the best way to advance your ID skills for all fungi. There is never any obligation to eat! 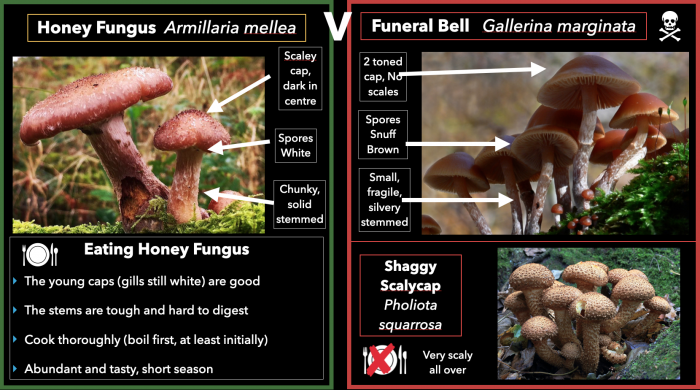 Comparison of honey fungus with funeral bell and shaggy scalycap

They are more straightforward to positively identify (both have pale spores for example, and velvet shank is a winter mushroom, so seasons are unlikely to overlap), but you should always be extra careful if you are picking any brown fungi growing in groups from wood. Double check that your honey fungus has white spores and honey coloured caps with fine dark scales concentrated in the centre. 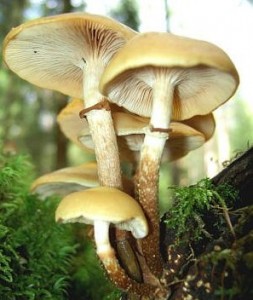