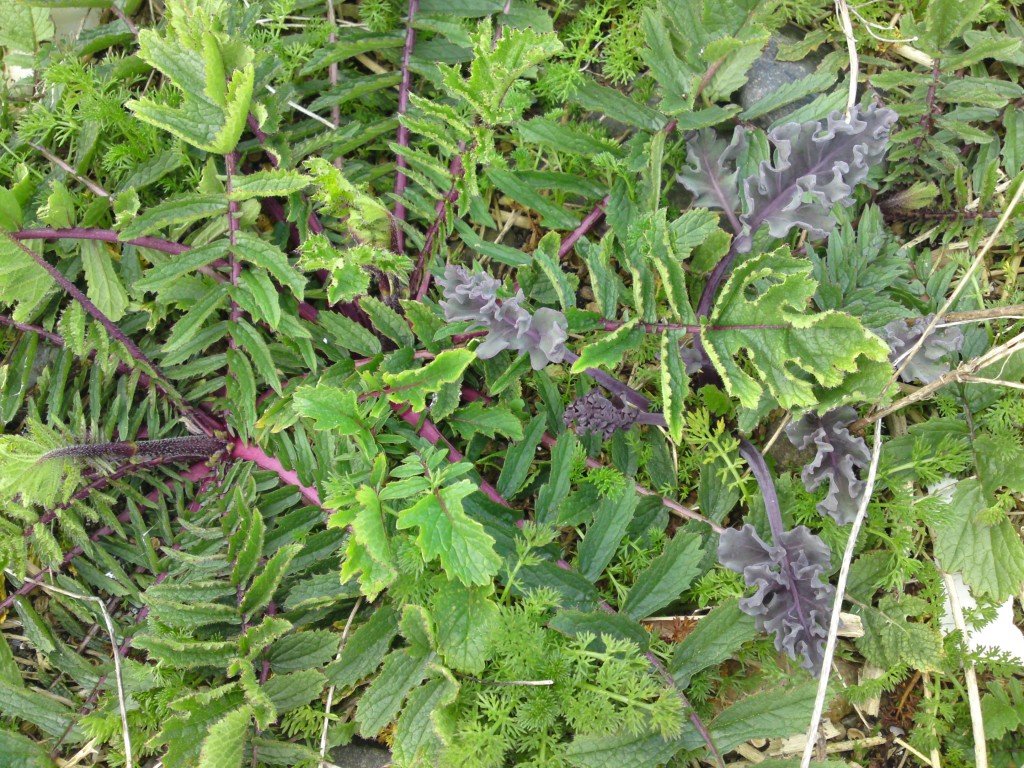 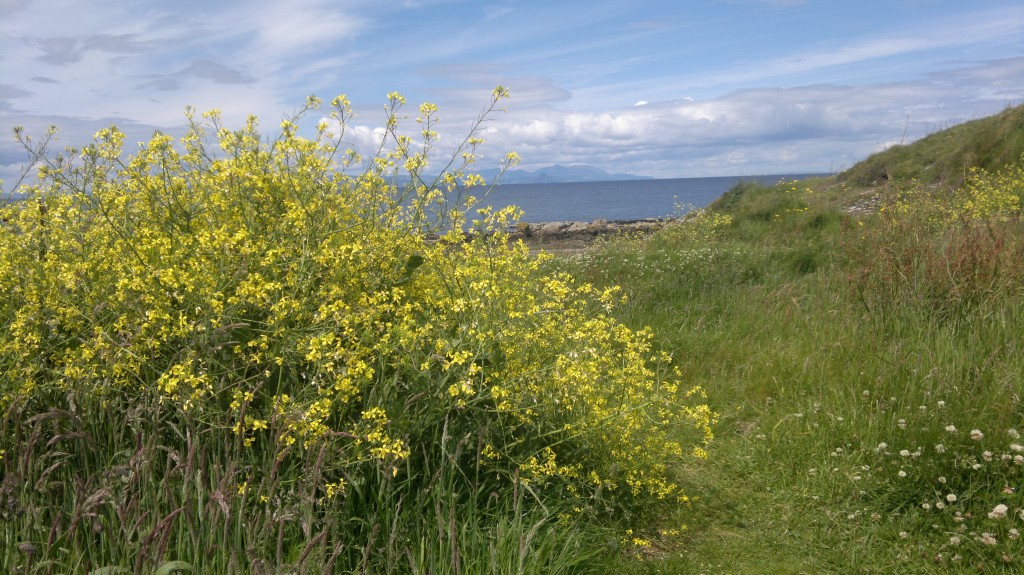 Sea Radish (Raphanus maritimus) can provide a steady supply of tasty and free greens throughout the year, but it really comes into its own in darkest February when other things can be hard to come by.

It thrives on poor ground, so keep your eye on sandy soil, shaley beaches and espepecially seaside road verges. It is easiest to spot in the summer when its spindly flower stalks (up to 1m high) form clouds of little yellow cruciform flowers, but its much more fun and better practice to work it out in winter when only its basal leaves are showing. 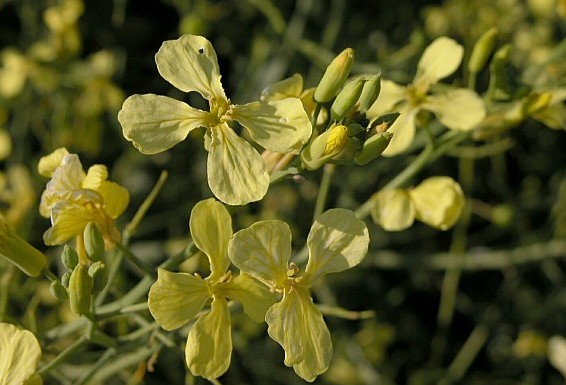 If you really want to hone your  all-round identification skills, then winter is the time to do it as not only are there are less plants to work with, but those you do see are revealing little of their full spring/summer glory. This will force you to focus on the leaf and root structure of the plant and you will soon learn to distinguish families of plants by the way they grow, rather than what they look like. This is the key to gaining confidence as a forager. If you can tell cabbage family members (no poisonous species) from carrot family members (several poisonous species) you can then make a tentative identification without fear of killing yourself! It is also a great learning (and for that matter, spiritual) experience to make a tentative identification in the winter, then return in spring, summer and autumn to refine you hunch.

Like many of the cabbage family, the leaves grow along a fibrous central stalk in opposing pairs (pinnate). The pleasing regular taper of the young stems soon becomes unruly as they grow. 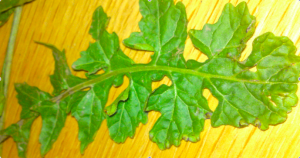 I wouldn’t propose sea radish as a centrepiece to a gourmet night – it is something of an acquired taste, somewhere between cabbage, wasabi and…well…radish. But it is fantastic if you like that sort of thing. When our local veg box guy finally ran out of turnips, sprouts and leeks a few weeks ago, I started playing around with sea radish and have been pleasantly surprised.

We started off just steaming the entire leaf stalks. They make for a passable, if somewhat strongly flavoured winter green. My friend Ian stripped the leaves and blitzed them to make a good, punchy pesto. The remaining stems make excellent radishy crudites or go really well in a stir-fry as their crunch holds up to cooking and the flavour has lots in common with many other mustard greens that are so popular in eastern cuisines. Our best result though, was following a classic Turkish treatment of charlock (a closely related member of the cabbage family) by roasting the leaves with onion and garlic in lots of olive oil then mixing with yogurt (stop cooking at this point or it will split). We then seared some pheasant breast and served the whole lot in a toasted pitta bread – delicious.

Best of all though – it naturally lends itself to foraged sushi. I blitz the leaves to make a wasabi substitute and use the crunchy leaf stems in the centre of rolls.

In summer and early autumn, the unusual seed pods (two or three ‘beads’ in a tapering pod) are one of my favourite coastal nibbles. They are reminiscent of wasabi, and just strong enough to give your palate a good “hit”. They also add an excellent radishy crunch to salads and pickle really well. Be sure to harvest them during their short window of succulence though – before the seeds within go hard. Its possible to harvest lots of these seeds and grind them into a mustard powder.