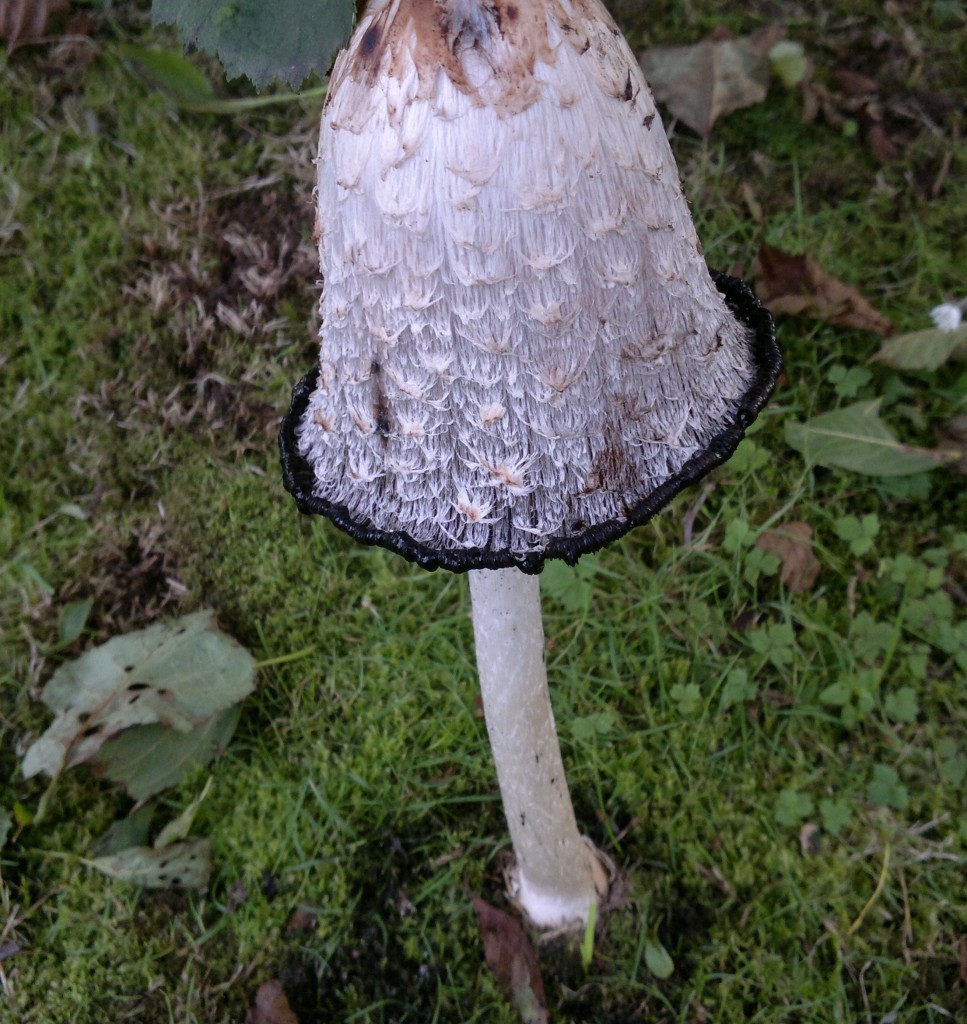 Shaggy ink caps can usually be found growing in the same place year after year – often in urban environments. As with all ink caps, spore dispersal is by means of deliquesing whereby the entire cap liquifies from the bottom up, often leaving only the stipe and a disc of cap (these picture show the full process and for an extreme final stage, have a look at this picture of Hares foot inkcap). In later stages they can be used to make mushroom ketchup, but for general eating only young caps with pale gills should be used. Its a good idea to leave some to mature to perpetuate the colony. They deteriorate quickly, so use soon after picking. Excellent in steak and kidney pudding or in slippery stir-fries. 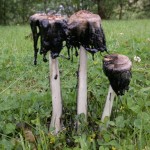