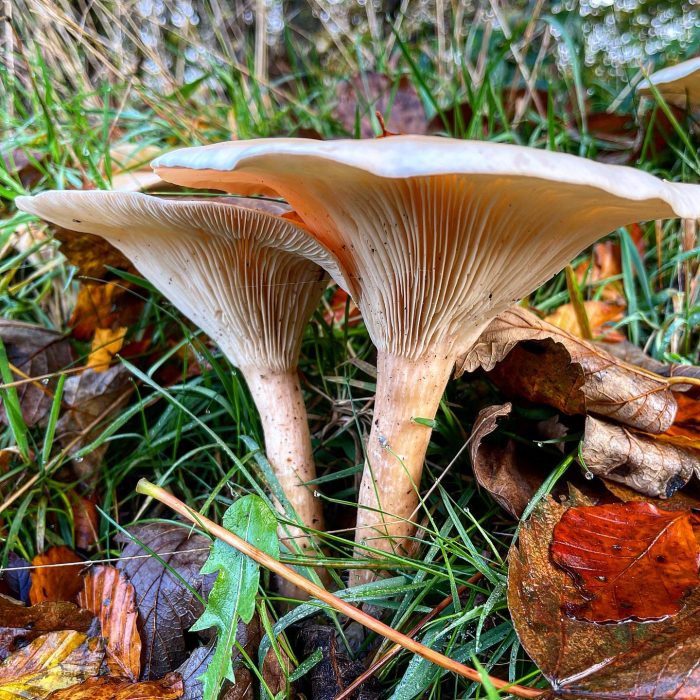 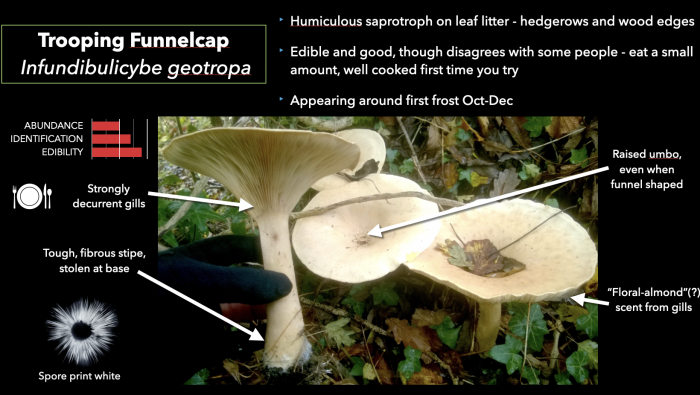 Trooping funnelcap – Identification, abundance edibility. They are discussed at length in my webinar “20 mushrooms to know before you die”. Image ©GallowayWildFoods.com

Large, distinctive, common and delicious, these mushrooms tick every box for the novice forager. Like many saprophytes (rotting) fungi, they tend to appear towards the end of autumn in hedgerows and deciduous wood edges. 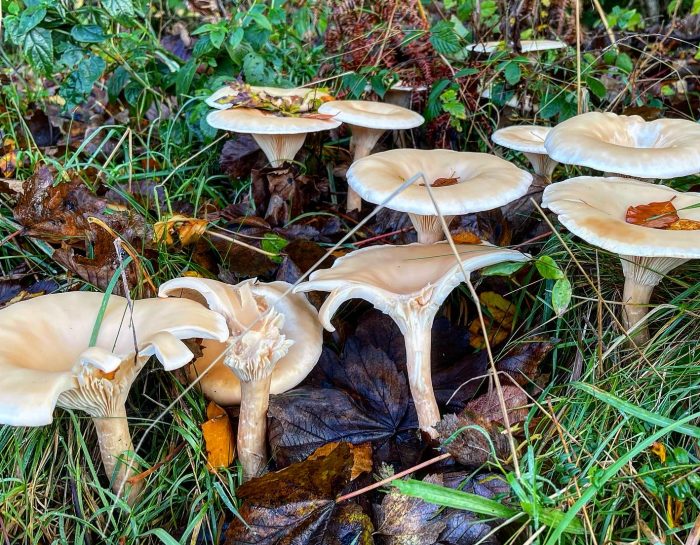 Trooping funnels tend to hang out in groups of 3 – 20 mushrooms, often in quite a small area

If all this sounds too good to be true…perhaps it is. A small proportion of people don’t get on with this mushroom (mild gastric upset). Personally, I think its such a delicious, meaty mushroom that its worth trying a small amount well cooked first time round. I’ve never met or heard of anyone who doesn’t get on with it. Such warnings tend to get over emphasised by nervous publishers. You don’t see bread cookbooks warning about gluten intolerance on every recipe. The stipes get tough so remove them and add to the stock pot.

Sear the caps as you would meat, until they start to caramelise, emphasising their rich umami. 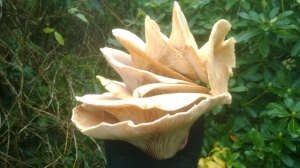 Once de-stiped, the caps stack quite entertainingly