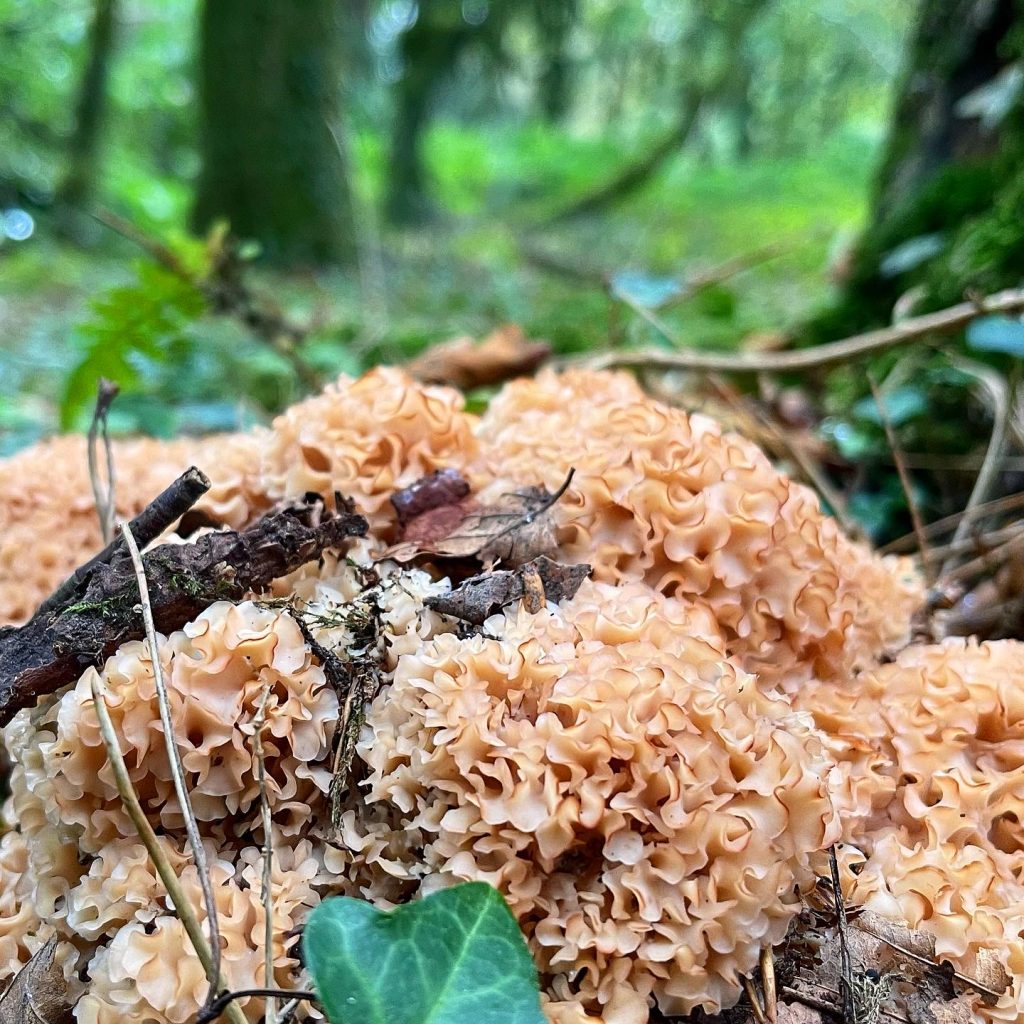 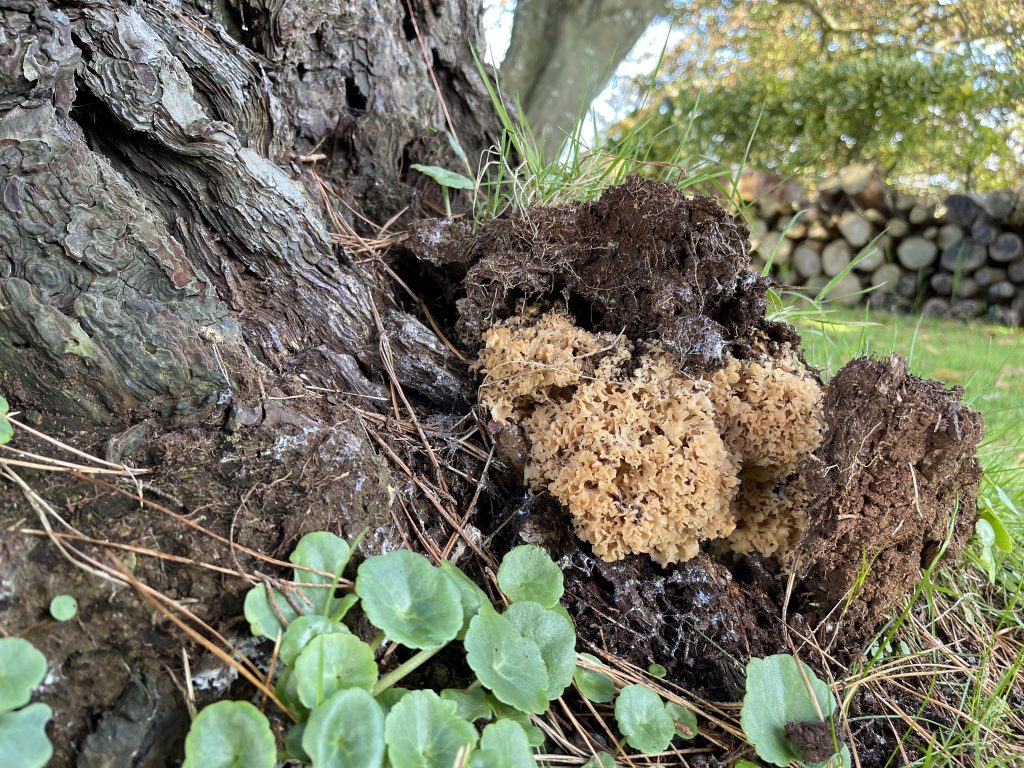 Cauliflower fungus emerging at the base of a scots pine. Note its dense, youthful growth comes up with considerable pressure, often lifting soil and moss as it goes

This is one of the most exciting fungi to stumble upon, nestling at the base of pine trees like a cloud of coral. Although uncommon, they tend to recur in established locations, though not necessarily in consecutive years. Firm young specimens are delicious, if laborious to clean as the growing fronds swaddle needles, twigs and provide excellent refuge for insects (though it is fairly resistant to maggots). It has a firm texture and fungal, nutty flavour, with pine aromas. They can grow to enormous sizes (1m across), but football – to – beachball size is more normal.

Cauliflower fungus is very versatile, good for all mushroom dishes, though deep fried in tempura batter can be particular special. My friend John Wright came up with the fine idea of making cauliflower-of-the-woods cheese, and you can find the recipe in his excellent mushroom guide (reviewed here).

I infuse it in vodka to capture the incredible pine-meets-mushroom flavour for schnapps and mushroom vermouths, sweetening it with pine syrup. More on using confers here. 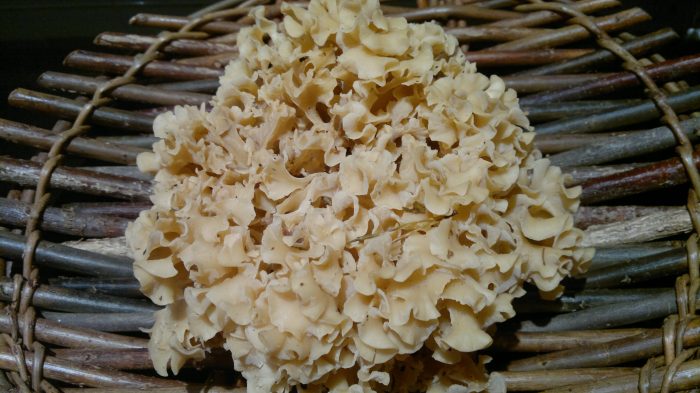