Some of the best fungi identification guidebooks aren’t especially interested in wild food – and some have no information on edibility at all. On the other hand, most fungi guides that are focussed on eating wild mushrooms tend to have limited coverage of  very common, but inedible, species. Having only one such guide will result in some very frustrating forays!

Foraging is an entryway into deeper nature connection, but in terms of fungi I recommend you switch this around:  learn about fungi in general, then finding and confidently identifying edible mushrooms will be a lot easier.

Hopefully these brief reviews will help you select the best guide(s) for you. I strongly advise that you check your identification in at least 2 different fungi guidebooks before eating any wild mushroom. That’s books, not apps, websites or forums. See here for why.

My top picks from the reviews below – a combination that compliment one another brilliantly, and will cover all bases for curious foragers interested in the wider world of fungi beyond the kitchen – are:

Owning all three of these will open up amazing fungal adventures and discovery to novice and improving foragers.

I have deliberately not provided links to web vendors – please consider paying a few extra £ on the high street if you wish to still have bookshops in 10 years time!

An Initial Guide to the Identification of Mushrooms and Toadstools 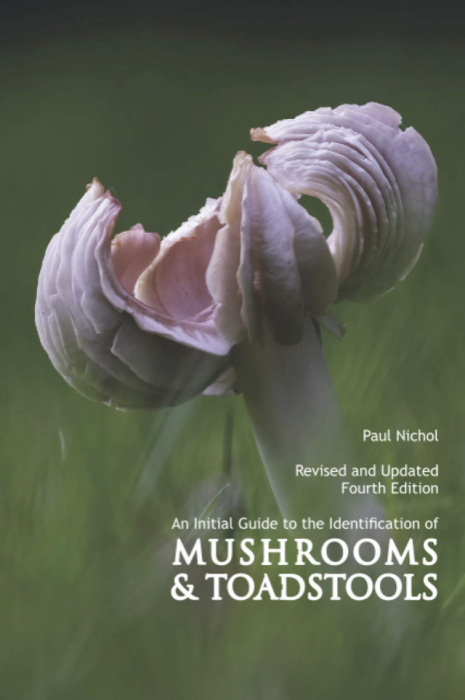 This book will not tell you what species of mushroom you have found, but it is invaluable for placing your find into the correct family of mushrooms, which is always the first step towards identification. Once you know the family group of your mushroom, you can try to match it up visually by comparing it to photographs in full identification guides. You will go mad if you just try to look through guidebook photos for things that look a bit like your specimen!

This is an easy-to-use mycological key, that takes you through a series of YES/NO questions about the observable features of your specimen until you arrive at a genus. No microscopy is required, but you will probably need to do spore prints to use it properly. 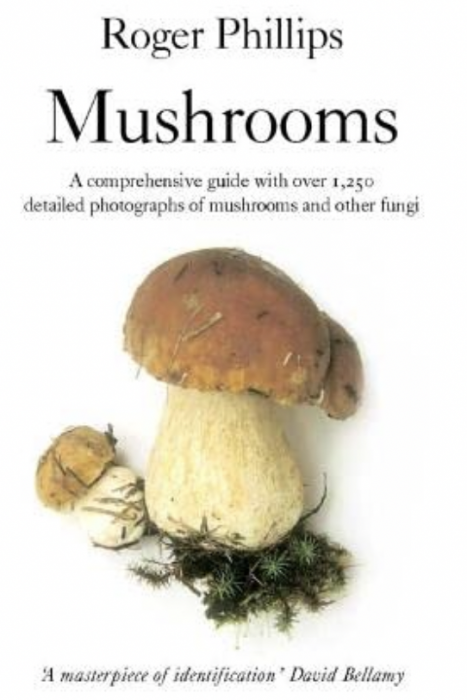 Since its first edition in 1981, this has long been the go-to text for those seeking to identify more than just basic edible and poisonous mushrooms in the UK. Identification guides have come on in leaps and bounds over the past few decades, and many of these owe a debt to the groundbreaking photography and clear layout of this book. Very few have equalled it. It still remains one of the best photographic guides to fungi in the UK, and has inspired generations of mycologists – both amateur and professional.

Note: The original version of this book (published in 1981) called “Mushrooms and Other Fungi of Great Britain and Europe” was my first proper mushroom book, and remains my favourite. It is still available second hand. It is as good as (and in some ways better than) the 2015 revision that I’m reviewing here, though quite a few of the binomial names it uses are now out of date. The original includes a list of the 25 most common fungi found on British Mycological Society forays, which I think is extremely useful, but it was (sadly) omitted from the revised edition (I’ll blog it some time – and I feature many of its species my Webinar “20 Common, Poisonous, Medicinal and Delicious Mushrooms to Learn Before You Die!” ). The original version was a little less compact.

I was lucky enough to hang out in the New Forest with Roger Phillips a few years before his death in 2021. He was warm and generous with his time and knowledge, gloriously charming and eccentric. I took the chance to ask him what inspired him to write this book. His answer I find very inspiring: “Because I knew absolutely nothing about fungi!”

This may be a slight under-exaggeration, but at the time he made the book Roger was certainly no mycologist, and nor did he claim to be. He was a gifted and imaginative photographer.

His modus operandi for making the book was to attend every British Mycological Society foray he could for several years, at which he would set up a booth with all his photographic equipment – including light boxes, which account for the incredible consistency throughout the book. He would then get the mycologists on the forays to talk him through what they had brought back, and took copious notes as he photographed their specimens.

So the book is really the beautifully photographed and organised work of many talented mycologists, and perhaps its only flaw was not to mention and accredit the scores of talented mycologists who helped in its making. Occasionally I meet mycologists who are a little grumpy about this, but most are grateful for his talent and contribution to the clarification and popularisation of fungi.

An invaluable reference book to aid identification at home, but a little too big to be used in the field. Highly recommended, used in conjunction with “An Initial Guide to the Identification of Mushrooms and Toadstools” by Paul Nicol (see above) 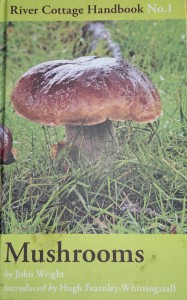 This book is a real joy. John writes with warmth, affection, deep practical experience and humour about fungi, bringing to life their beauty, magic and quirkiness with fun and lots of great facts. So engaging is his writing style, that this book would make great bedtime reading – not something i’d say about any other fungi guides (unless you were trying to get to sleep quickly!). Its like going foraging with a kind and patient grandparent, as John gently guides you through key mushroom characters. While the book is focussed on edible and poisonous species in particular, it never feels like John is dismissing the wider importance of fungi.

A really excellent introduction to picking wild mushrooms for the table. Highly recommended, especially in conjunction with “Mushrooms” by Roger Phillips, and “An Initial Guide to the Identification of Mushrooms and Toadstools” by Paul Nicol (see above) 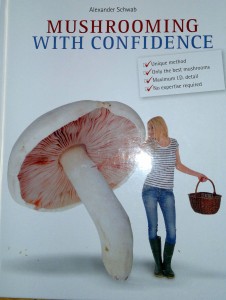 An unusual fungi guide in that it doesn’t cover any poisonous, inedible or even non-delicious fungi. Instead it has lots of detailed photographs and ticklists for positive identification of 25 of the best and most common edible species. Mushrooming Without Fear by the same author is a slimmed down version of the same book covering even less species.

I have mixed opinions on this book. While the emphasis on positive identification is to be applauded, the narrow range covered means I only recommend it in conjunction with wider-ranging fungi guides. 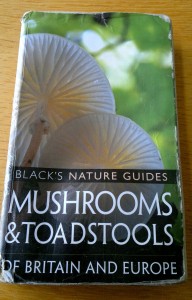 Highly recommended as a ‘first-stop’ field guide – this is the book I use when out in the woods.

* This book now seems to be out of print and i’m told that second hand copies are selling for up to £100!!! Its good, but not that good!

Field Guide to Mushrooms and other Fungi of Britain and Europe 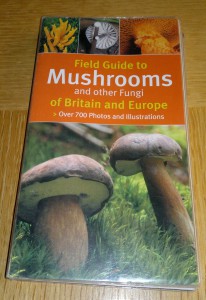 An excellent field guide, but not as good as Black’s Guide (above). 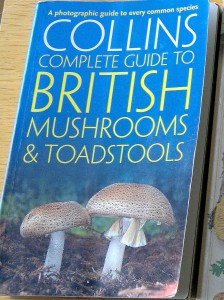 Not for beginners, but useful for more experienced foragers wishing to expand their mycological identification skills beyond the commonplace and edible. A real shame there are so few pictures/diagrams of undersides of caps etc. 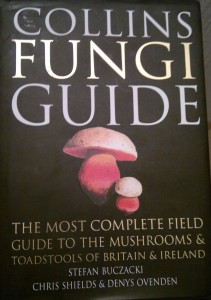 An excellent book for keen mycologists who wish expand their knowledge and identify rare species. Ironically more complete than Collins Complete Guide (above)!