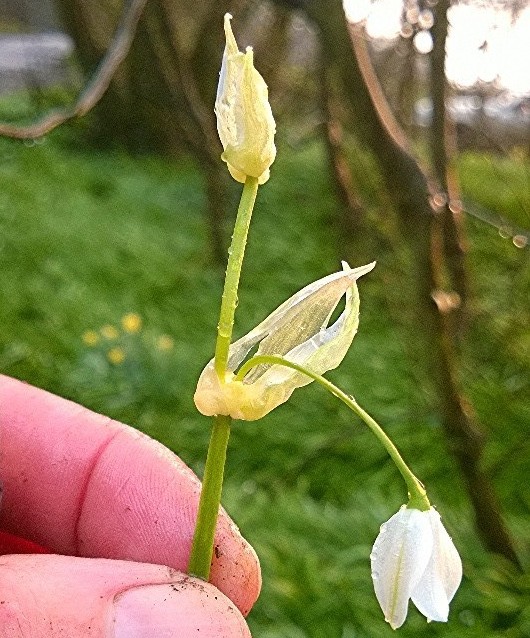 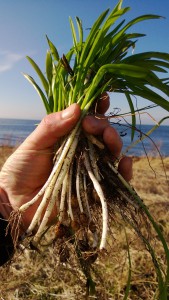 If you come across a plant that reminds you of wild garlic, but has narrower leaves and less of a garlic smell, you may have found wild leeks. These aren’t the hulking great Frankenstein leeks you might expect to find in shops and gardens, but something tender and elegant, much more closely resembling spring onions. They start to grow between November and February. 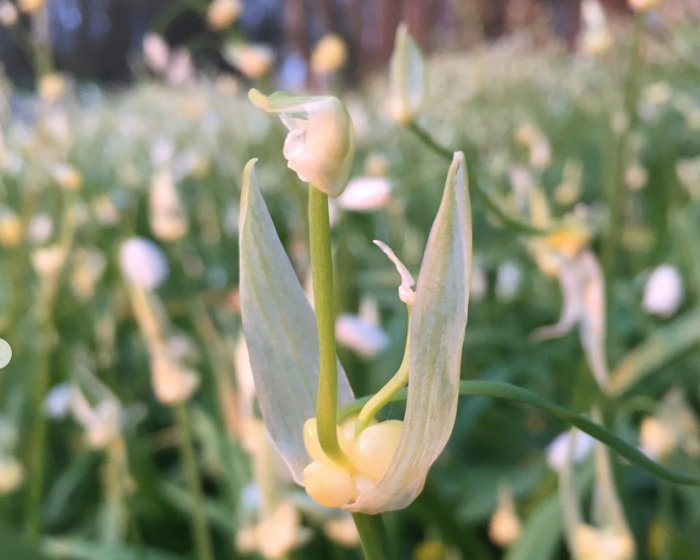 Be aware that crocuses, snowdrops, daffodils and bluebells grow around the same time and can be mixed through wild leek colonies. They are all toxic and could make you quite sick. If in doubt, crush them and smell for the distinctive sulphury kick of allium or wait for the distinctive flowers to appear. Snowdrops have a bluer shade of green!

Wild leeks can carpet vast areas, from which they can be efficiently harvested with a clear conscience

Few-Flowered Leek can carpet large expanses of wet woods and parkland, especially along river banks. As its names suggests, it has rather fewer flowers than one might expect from such a vigorous plant, but it makes up for this by producing lots of bulbils which are good to eat in similar way to wild garlic seeds. They have a mostly northern distribution and are common in Scotland, especially coastally. If you find something similar, but with lots more hanging white flowers and a distinctly triangular cross-section, you may have found 3-cornered leek (allium triquertum), which is common in parks, hedgerows and waste ground in the south of the UK. 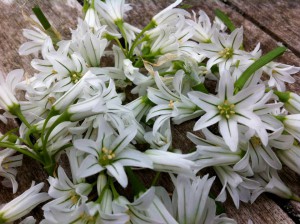 Both these wild leek varieties can be used in the same ways as you might wild garlic. Few-flowered leek is considered so invasive that it is illegal to spread it in the wild, though I would happily have it in my garden instead of grass!

Wild leeks can be used in place of spring onions, cooked or raw. Remember, as with all alliums the pungent flavour comes from highly volatile oils that are lost when heated. If you want to make it into soup, use it as a base by all means, but be sure to blitz some fresh leaves through at the last minute. Few flowered leek is closely related to wild garlic (allium ursinum) and as you might expect, can be used in similar ways – only without such a strong garlic flavour. Pesto, hummus, salads and sauces are all great, but my favourite thing is to lacto-ferment it – either unadulterated or with nam pla, chilli and ginger to make a kimichi style ferment.