As foraging grows ever more popular some voices question its impact. In this series of articles, foraging teacher Mark Williams explores how eating wild food fits into a world set on consuming itself.

I am regularly challenged about the potential negative impact on nature of foraging for wild plants, fungi and seaweeds. I’m glad of this, because it means people care. But while these concerns are well intended, they are often based on a fundamental misunderstanding of what foraging is truly about.

“What if everyone started foraging tomorrow?” is a common straw man argument against foraging. Like many false propositions invented to challenge an outlook, it sounds worrying until one actually engages ones brain – at which point it becomes patently ridiculous… What if everyone became a farmer tomorrow? Or a doctor? Or a rewilder? Lets leave that nonsense there!

“There is no way foraging is a solution to the the world’s food problems” is also commonly trotted out by the hard of thinking.  No sensible forager is suggesting gathering wild food is some miracle panacea to our incredibly complex, yet deeply unwell, food system.

We started to chain ourselves to agriculture somewhere around 10,000 years ago. In his book Sapiens, Yuval Noah Harari describes the notion that agriculture improved humankinds’ quality of life as “history’s biggest fraud”:

“The Agricultural Revolution certainly enlarged the sum total of food at the disposal of humankind, but the extra food did not translate into a better diet or more leisure. Rather it translated into population explosions and pampered elites. The average farmer worked far harder than the average forager and got a far worse diet in return”.

But there is no going back. Baselines have shifted, in terms of land use, diet, populations and expectations, and nobody is volunteering to euthanise themselves so we can return to hunter-gatherer lifestyles! Nevertheless, foraging can help us to reconnect to our place in the world.

More sensible people worry that foragers might be picking scarce things, but foraging is very rarely about seeking out the rare or unusual. Look through my wild food guide, or any good foraging guidebook, and you will see that foragers connect mostly with the unloved “weeds” and “non-native invasives”, the fungi of monoculture plantations, and other overlooked sources of abundance.

Foraging is about recognising abundance and knowing what to do with it. Rare things take too long to find and are seldom a sensible quarry for enquiring appetites. The vast majority of foraging focuses on hyper-abundant resources such as nettles, dandelions, brambles, chickweed, sloes, ground elder, or less ubiquitous species that are abundant in a locale (eg. sea buckthorn – a nuisance plant in some areas, absent in others). That is not to say that some ecosystems aren’t reliant upon this very abundance, but it is often humans, especially those that forage, that open up habitats, disperse seeds, and create opportunities for other species to thrive. Humans are a keystone species, and those that forage are the most sympathetic interface between that keystone and the ecosystems in which humans are embedded. 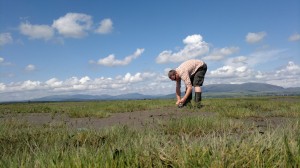 While the thought of ever more people taking to the woods, shore and hedgerows to gather wild plants sounds intuitively threatening to nature (however you choose to define that), I’ve looked hard and have found no scientific evidence that modern foraging practices have significantly harmed or diminished any of the species or ecosystems they harvest from. Given it is often scientific (or, more often, pseudo-scientific) types that make these accusations, you might expect to see some sort of evidence.

It seems odd when many self-proclaimed nature-lovers fixate on foragers while turning a blind eye to habitat loss, and its infinitely bigger impact on species diversity. Often conservationists promulgate the “precautionary principle”. This states that, where the impact of an activity is unknown, do nothing. Given that the infinite complexity of nature makes its almost impossible to understand the full repercussions of any one activity, this is something of a dead end. If we can agree that all humans must eat something, that all food has consequences, and that we’ve made one hell of a mess of our current food system, using the precautionary principle to justify not eating what is abundant locally seems like a huge own goal.

Most foragers are sensible, and entirely open to the idea that some foraging practices may have more impact on ecosystems than others. Where this can be demonstrated they will change their practice – after all, the interests of the forager and the foraged are aligned. This attitude is enshrined in the guiding principles of the Association of Foragers:

*Please note: thoughtful harvesting is most certainly beneficial to some species (eg. by dispersing seeds or spores), and more often to wider ecosystems (eg. the removal of japanese knotweed for food and medicine).

The Association of Foragers: promoting ecological stewardship through teaching and harvesting wild plants and fungi for use as food, drink and medicine.

To defend ecosystems humans must learn to value them. Foraging connects us not only to the intrinsic food and medicinal value of plants, fungi and seaweeds, but increases our intimacy with the places in which we forage them. I’m not saying that foraging is some magical panacea for our broken food system and damaged planet. But it can be a key tool in reawakening and revitalising our intimacy with food and the earth.

Many of those that preach “look but don’t touch” place nature on a pedestal that further distances humans from the natural world. They claim a love of nature, but appear to have no real intimacy with it. They’d sooner watch tigers on TV than explore seaweeds on the shore, the botany of their back yard. They build fences around the things they profess to care for, oblivious to the alienation this creates. They care for our world, but haven’t yet joined up their actions with their day-to-day existence. Just as foraging starts at home, so does saving the planet. 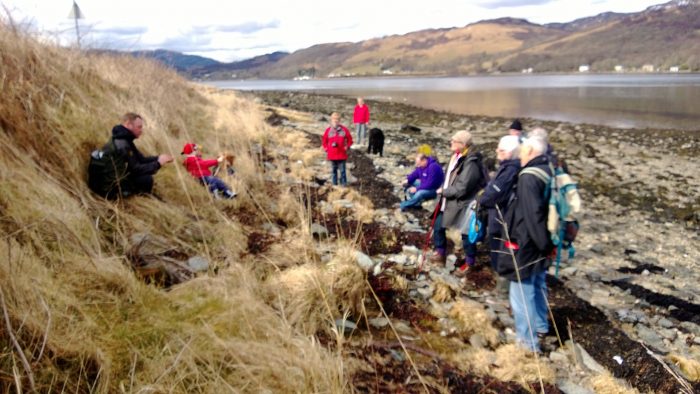 Foraging naysayers are a little behind the times. Conservation organisations are increasingly recognising the power of foraging to engage people with green spaces. I work extensively with Scottish Natural Heritage, The Woodland Trust, and the RSPB, as well as schools and community organisations to teach people how to engage more closely with nature through foraging. At least half of my fungi forays are spent educating people on mycelium and its crucial role in forest ecosystems. People come to learn to find food, and leave intoxicated by the magic and beauty of mycelium, and the threads of life that bind us.

“A child who grows up with the feeling that nature isn’t to be touched soon develops a feeling of indifference, and indifference to nature is the greatest of all threats to her”.

Foraging is a key tool in restoring this vital connection. 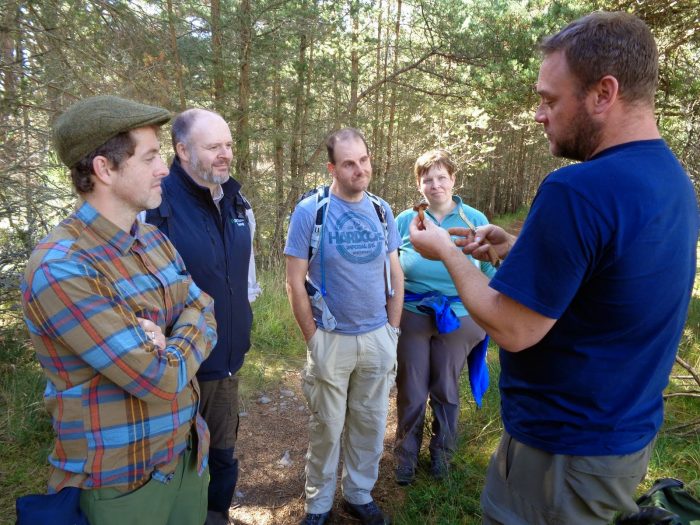