After first encountering this unusual and delicious brassica in the Scottish highlands, I was delighted to stumble on it again in my favourite bit of Galloway swamp – 10 minutes from my house. Foraging is a process of constant learning and though the four-petalled flowers and leaf structure instantly identified it as mustard family (brassicaceae), it took a fair bit of research and online pestering to finally pin it down. 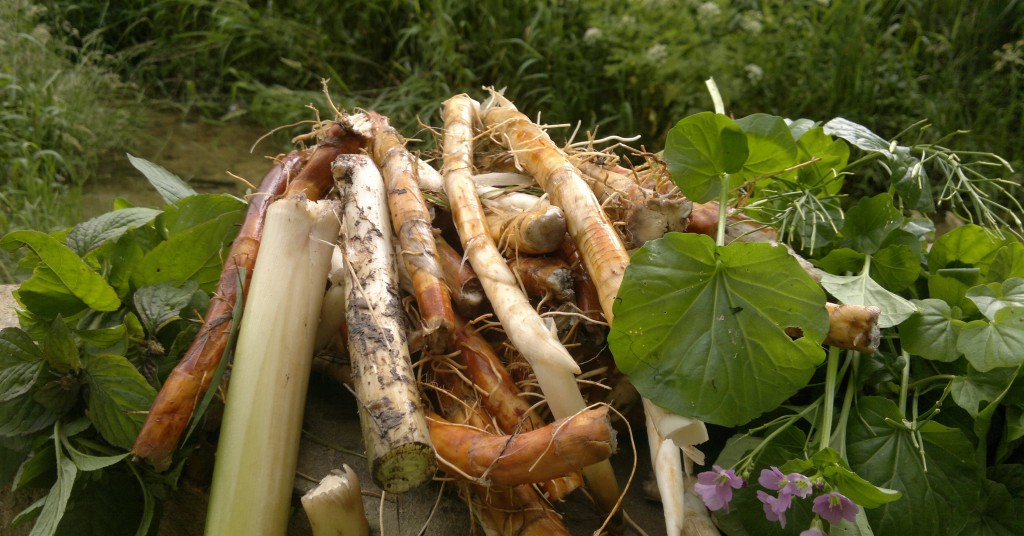 It tastes rather like a refined version of watercress, with a peppery, rocket-like kick. Young leaves in the spring have an echo of the horseradishy flavours of its relative the cuckoo flower (cardamine pratensis). It makes a truly excellent year-round salad green and can be cooked like watercress – though I think this is rather a waste of its fresh, crunchy succulence. As an accompaniment to steak or in sushi it is a fantastic addition to anyone’s wild larder.

Seek it out in wet woodlands and marshes alongside water mint, watercress, reedmace, pie cress, arsesmart and highly poisonous hemlock water-dropwort – which you should be familiar with before picking any wetland greens.

My favourite swamp in November – still full of good things to eat. Some of the green patches are greater cuckoo flower.