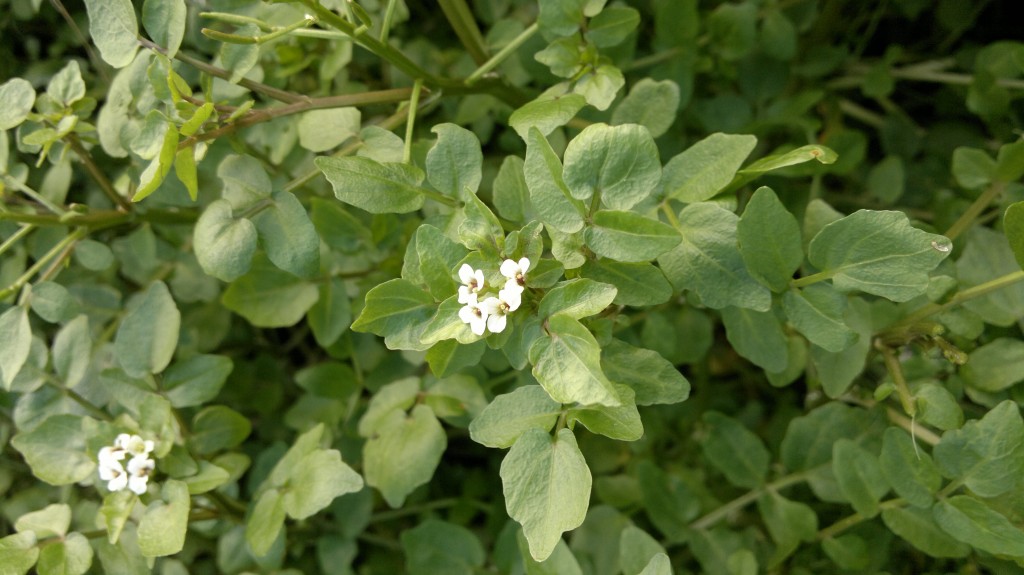 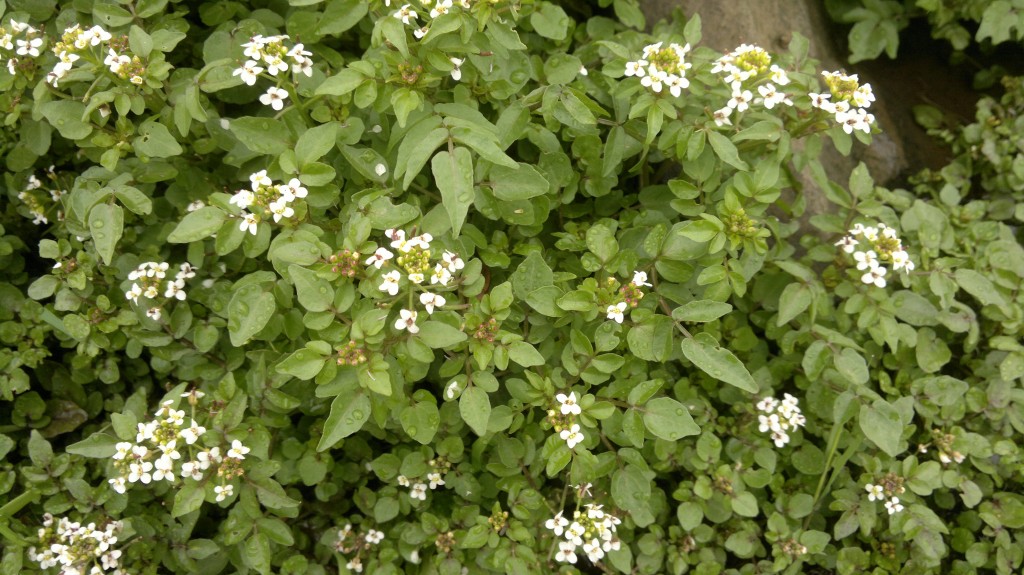 Wild watercress is a delicious, super-healthy, peppery salad vegetable, and also cooks down really well, in the manner of very flavoursome spinach.

It is a rich source of vitamins and minerals, containing particularly high levels of bone-building and strengthening vitamin K, and vitamin A, which is important for eye health.

Watercress also contains significant levels of glucosinolate compounds and studies now suggest that these compounds appear to help inhibit breast, lung, colon, and prostate cancers. Antioxidants in watercress also have benefits for the cardiovascular system, and help protect cells. Cooking has been shown to diminish many of these health-giving properties, though cooked wild watercress is still pretty damn good for you!

There seems to be confusion in some foraging literature over what constitutes a nasturtium. The family of watercresses are the true nasturtiums (only 7 varieties worldwide). The common garden plant with bright orange/red edible 5-petalled flowers and trailing stems of round leaves that are commonly referred to as nasturtiums, are in fact, not brassicas at all, and get their common name because they share the same peppery, nose-scrunching flavour profile of watercress. (Nasturtium comes from the Latin nasus tortus, meaning “twisted nose”). They are in fact in the family tropaeolaceae – edible and good, but not our subject here. 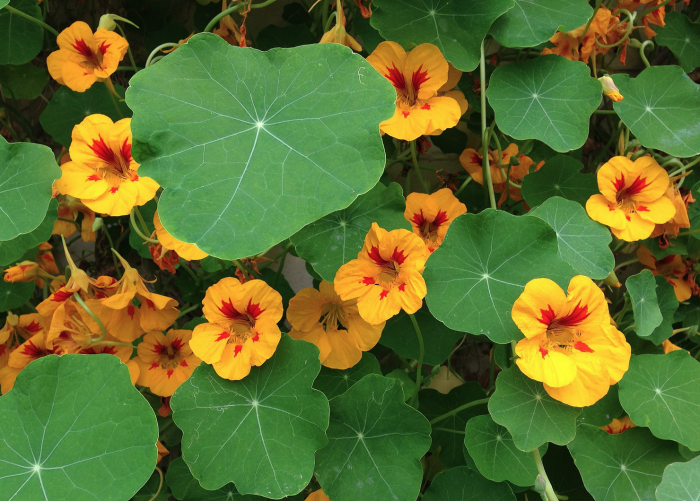 If this sounds too good to be true, it might be… wild watercress can carry the cyst stage of a parasite (fasciola hepatica) when growing in land containing livestock. This means if you eat it uncooked, there is a small risk of them hatching into liver flukes inside you – which obviously isn’t pleasant! Fortunately, it also makes fantastic soup or flan filling, and cooking destroys the parasite.

Like any health warnings around wild foods (as opposed to cultivated foods, which have whole PR departments working to promote their benefits and minimise their negatives), the actual risk from liver fluke affecting humans as a result of eating wild watercress is  prone to over-emphasis, if not full-blown exaggeration. If you wish to eat it raw its not hard to minimise or completely negate the risk from liver fluke: simply pick it well away from livestock (the snails that transmit liver fluke are tiny – a few hundred metres is like many, many miles to them. If you can’t find such a spot, but still want to try it raw, harvest it from well above the water line and away from the bank, where the snails can’t get. I happily graze on it and add it to salads throughout the year, and while my liver may not be in great condition, that’s to do with my other indulgences, not this wonderfully healthy plant!

It is interesting that every single listing of wild watercress contains warnings about liver fluke, yet dozens of other tasty aquatic and semi-aquatic species that can also host liver fluke cysts get ignored. Brooklime, fool’s watercress, mints, and cardamine species cresses, to name but a few, could also potentially host liver fluke cysts, but you seldom see a warning next to them. 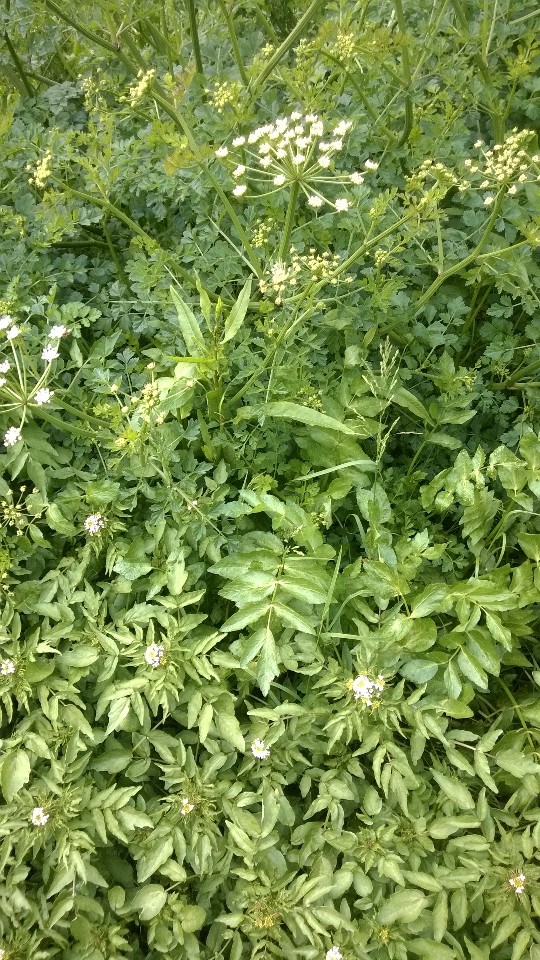 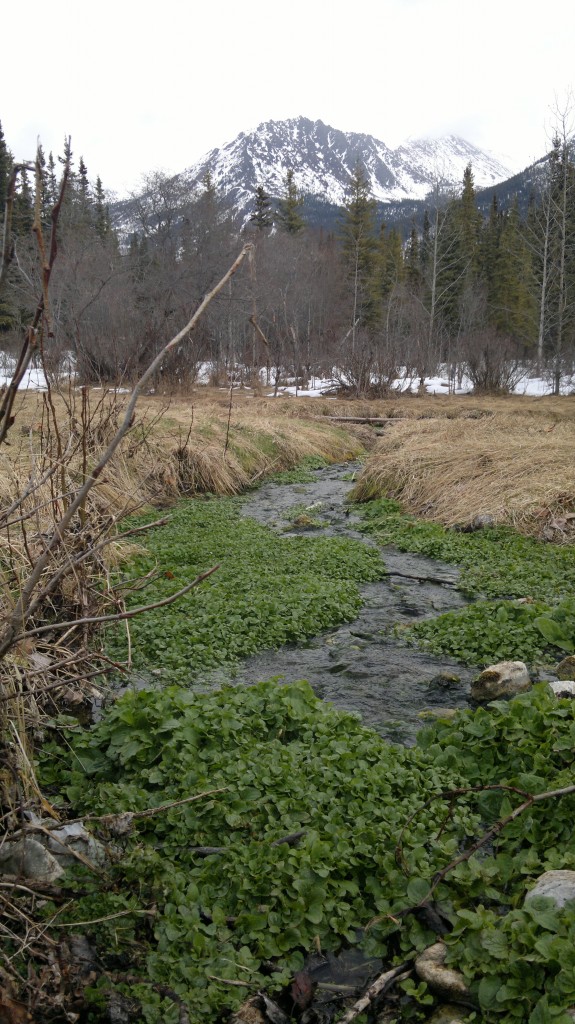 Wild food can be found if you look hard and get lucky: We found this watercress thriving in a warm spring that bubbled up through the ice in the Yukon during March