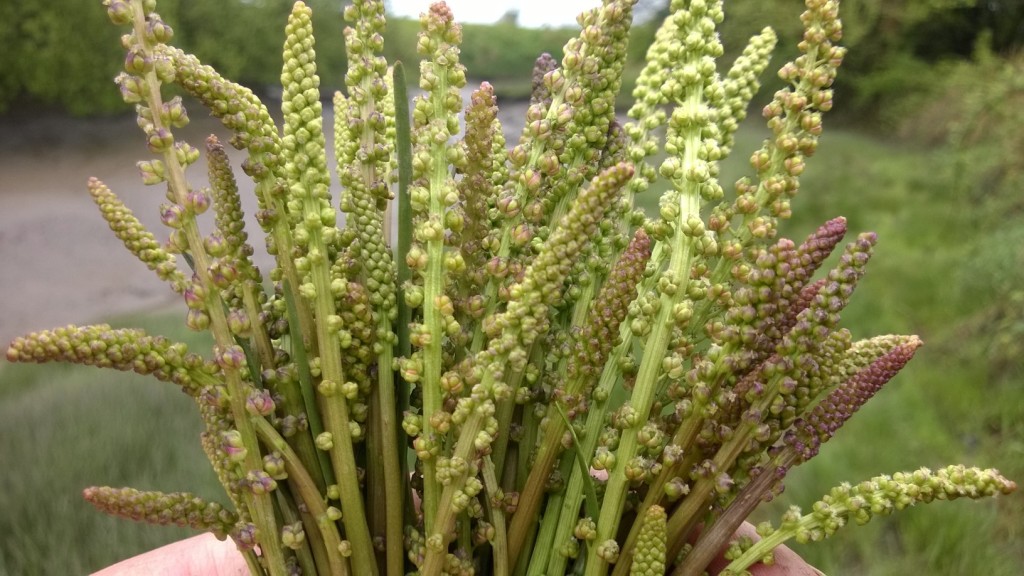 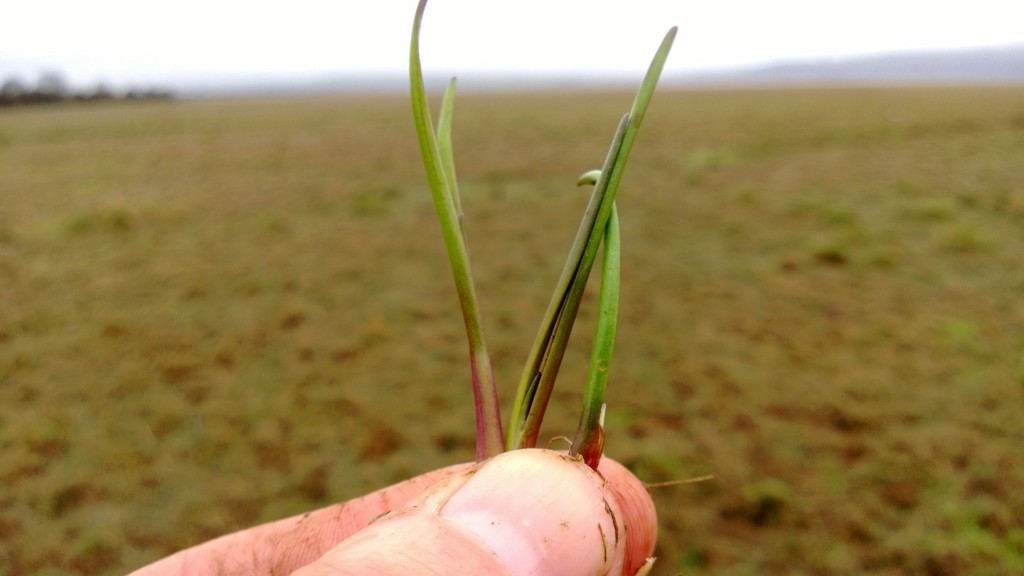 Young sea arrow grass shoots, April. Search for them emerging from the edges of brackish pools in April

One of the great pleasures of foraging is discovering exciting flavours in the common and innocuous-looking plants around us. Sea arrowgrass never fails to raise squeals of surprise and delight when we encounter it on my guided coastal walks. It tastes quite distinctively of coriander, which is most welcome up here in Scotland where actual wild coriander (coriandrum sativum) is  restricted to just the occasional garden escapee. 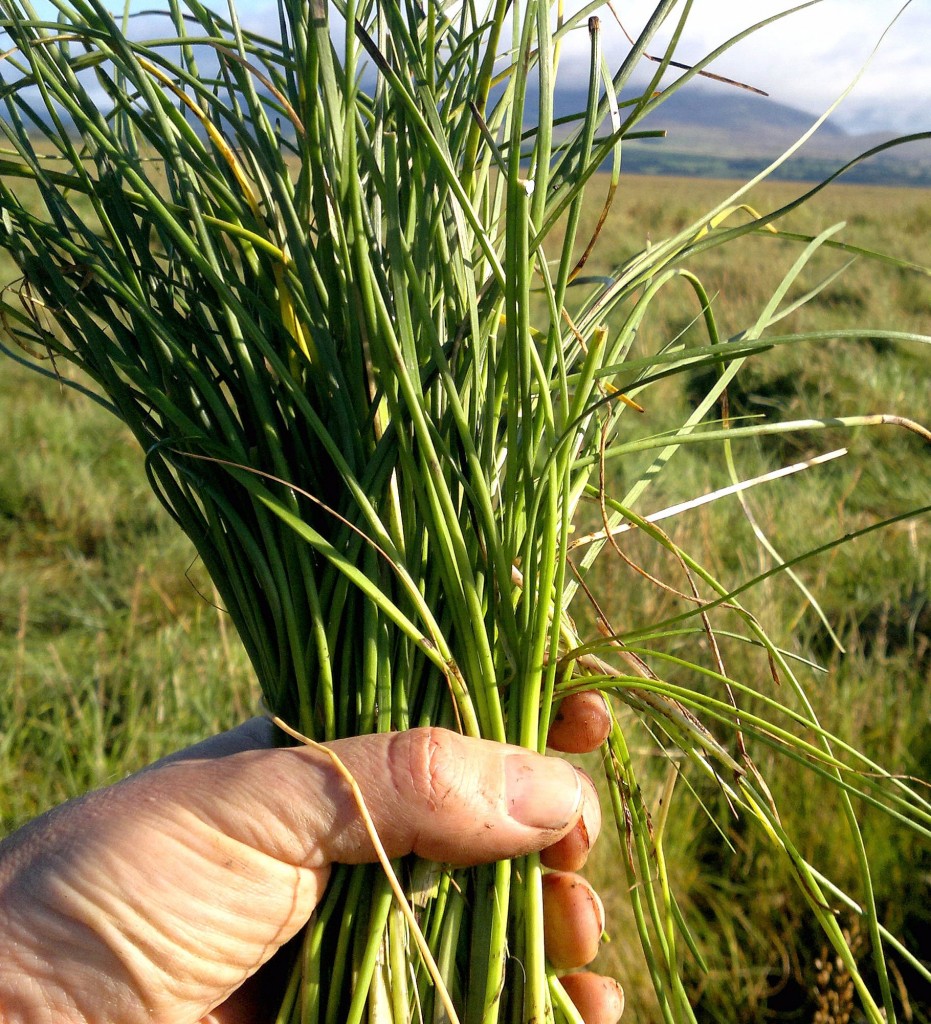 Picking is much quicker and easier in summer

I find it around all of Galloway’s tidal estuaries where it is abundant on salt marshes alongside other great succulent coastal plants  like sea aster, annual sea blite, marsh samphire and sea plantain.These are the plants that help make salt marsh lamb so delicious. 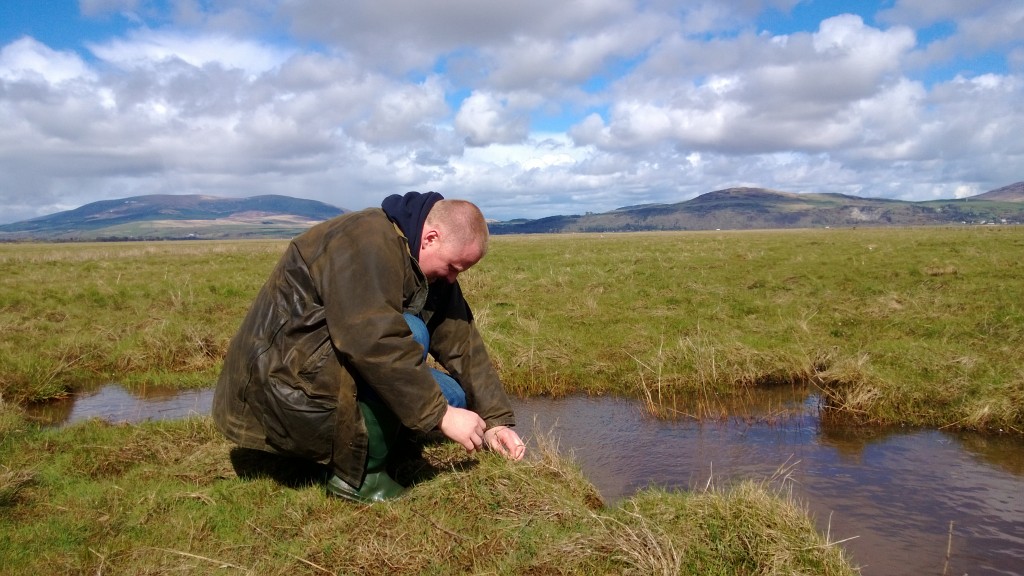 Spring harvesting can be fiddly work on the mere

I have yet to find sea arrowgrass listed in any books on foraging, and nobody appeared to be using it as food when I discovered it in the early 2000’s. I stumbled on it while foraging with a chef on the shores of Loch Etive in the highlands of Scotland. I thought I was showing him sea plantain and he said “Wow! Tastes like coriander!” There then followed an exciting half hour as we learned to distinguish the two by their subtly different flower stalks and flavour! (I don’t recommend identification by taste to foraging novices!) My subsequent research ascertain its safety (with the provisos I provide above), and it has been a firm favourite (in moderation) ever since. It has been interesting to watch other foragers explore, research and further popularise it since I put it on the wild spice map.

As shown below, arrowgrass flower stalks are much more substantial than those of sea plantain, with distinct compound flowers/seeds spread along the top 6-8 inches of stem. 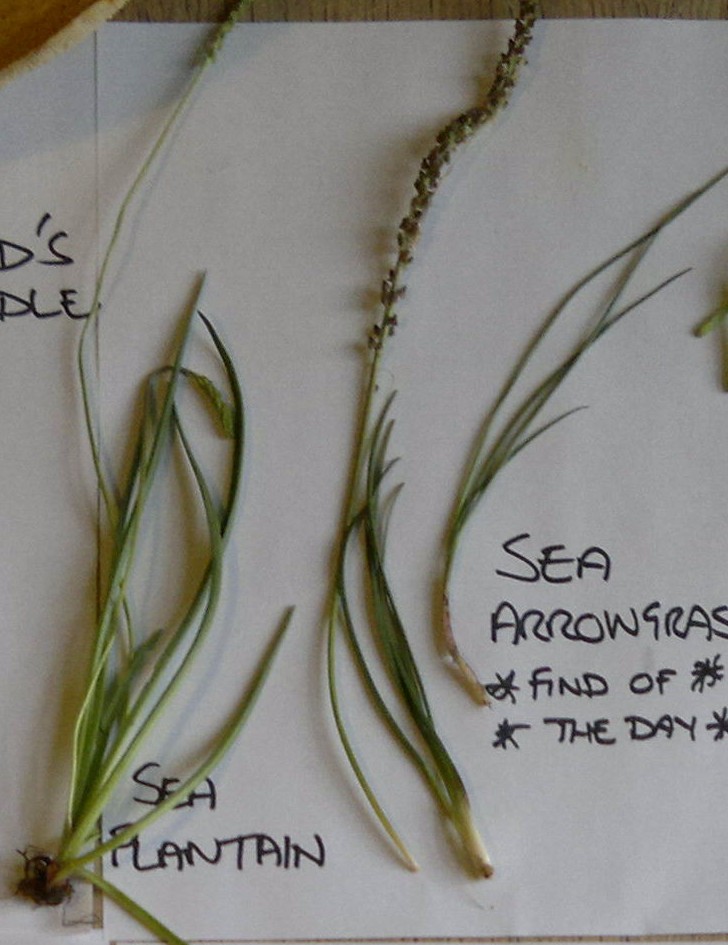 I recommend ducking down low to spot the flower stalks then following them down to locate the thick, sheathing, grass-like stems that are pale with hints of purple at the base, becoming green after a few inches. 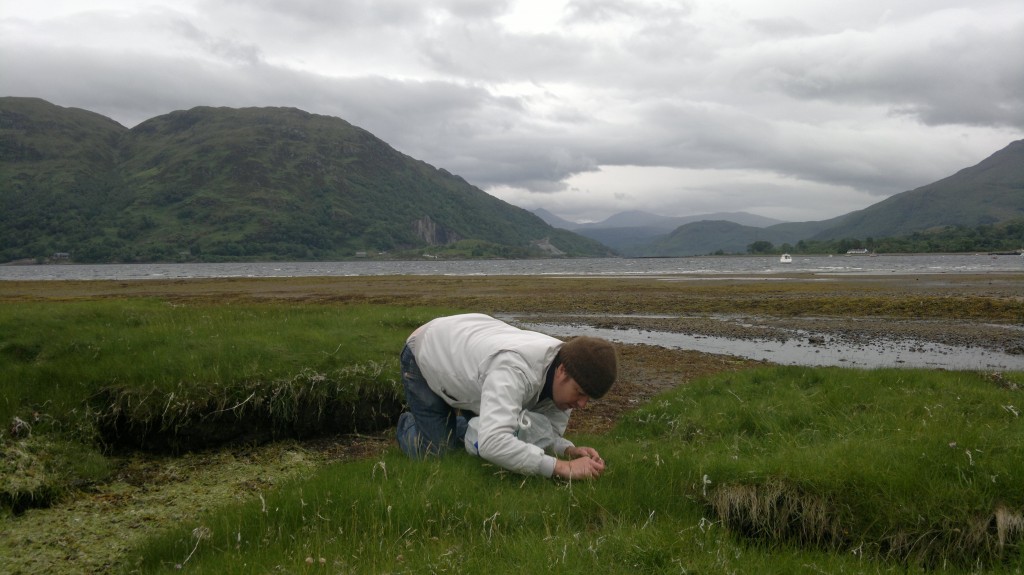 Sea arrowgrass can be eaten raw – chopped like chives over salads or fish dishes, or added to cooked dishes and sauces. Ensure that it is kept moist after picking and eat only small amounts of the green stems. The pale stem bases, where they sheathe together, have most flavour and succulence, and are less likely to develop cyanogenic glycosides than the green parts of the leaves. The green seeds (sometimes with a hint of purple, when young) can be stripped from the mature flower stalks and used as a spice.. The coriander flavour is more or less lost when they dry, and cyanogenic glycosides can become more concentrated as they dry out, so i’m afraid it doesn’t really work like dry coriander seeds.

If you catch the flower spikes young, when they are still in their green “flowering” stage, they are succulent and tender and can be eaten like (very) baby asparagus. 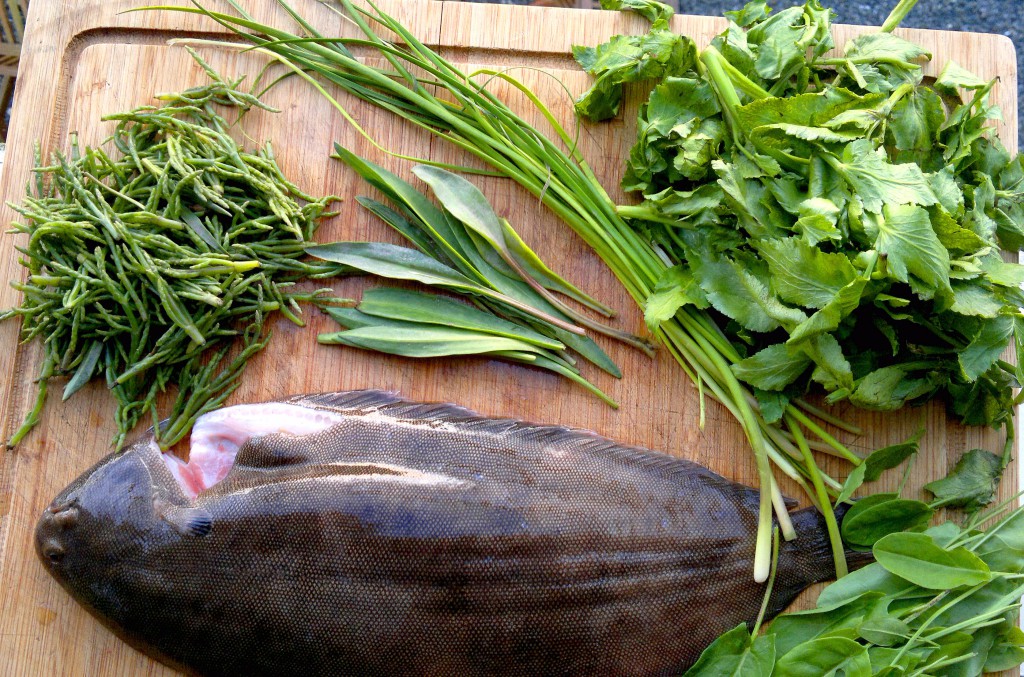 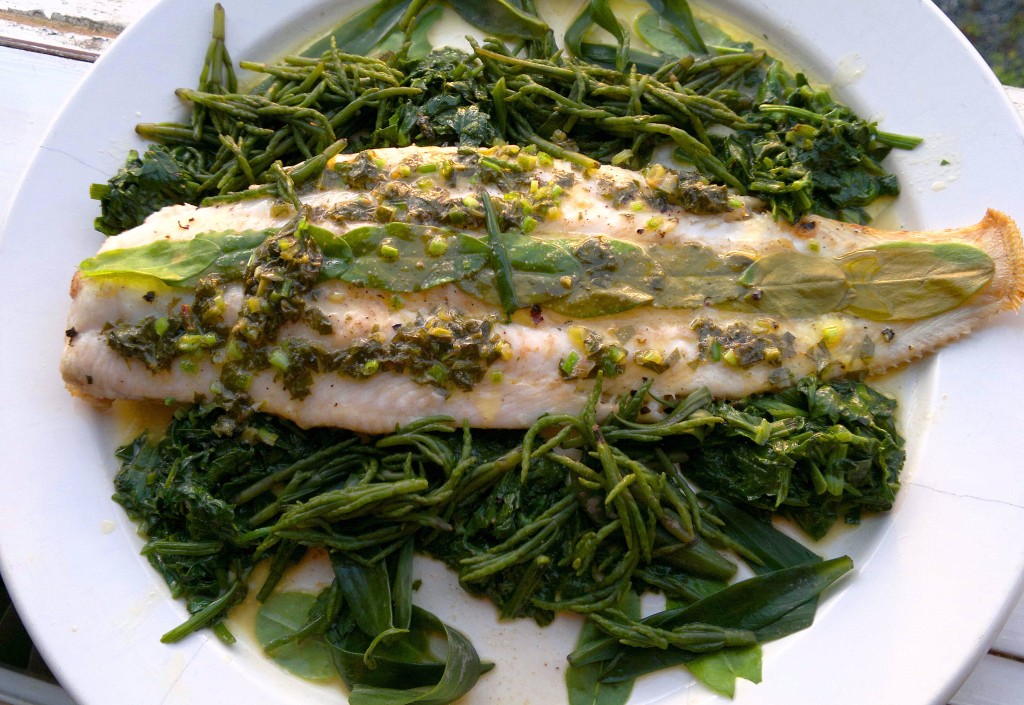 It can also be used as a substitute for coriander in stir-fries and curry dishes. 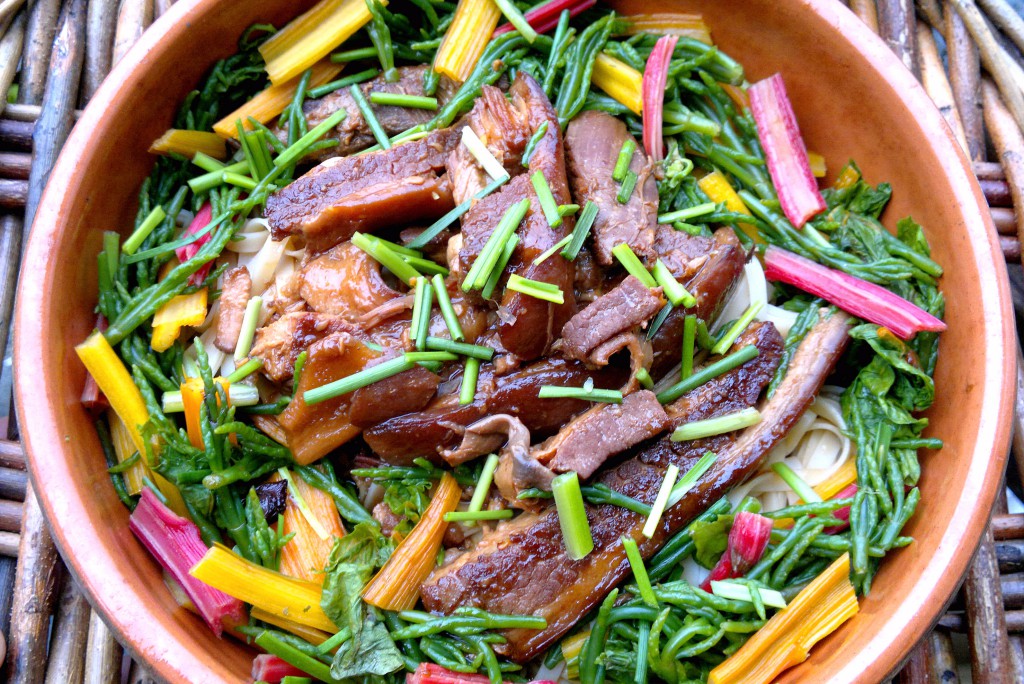 My favourite use for sea arrowgrass is in wild sushi alongside coastal succulents, flowers and dried seaweeds. It is also excellent chopped finely and added to potato salads (or add the green seeds). 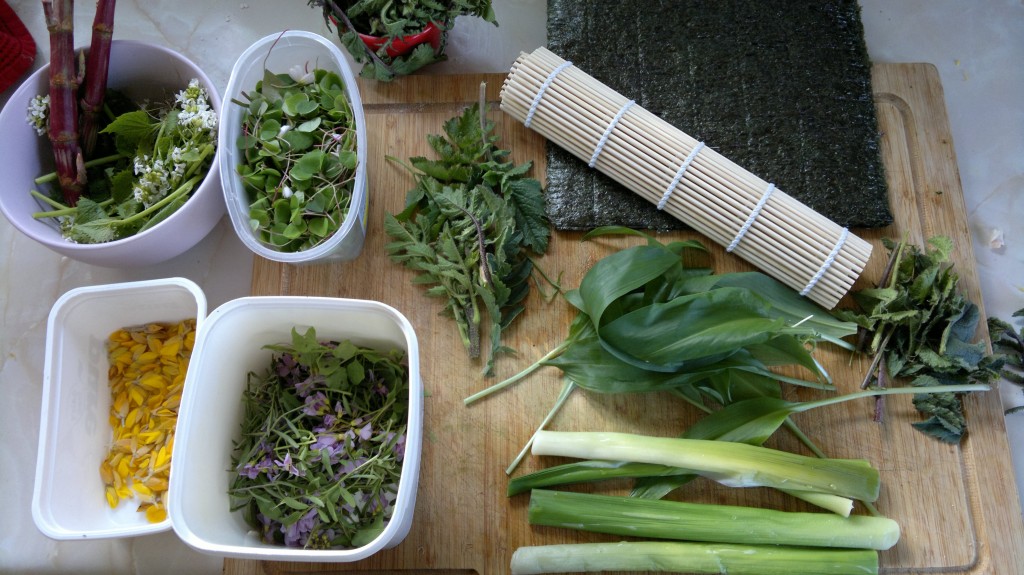 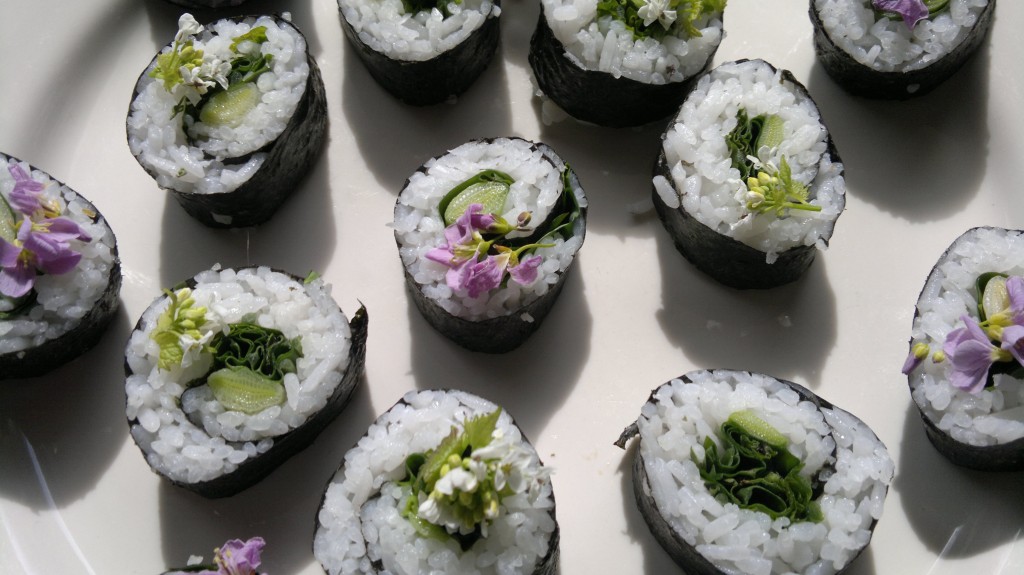