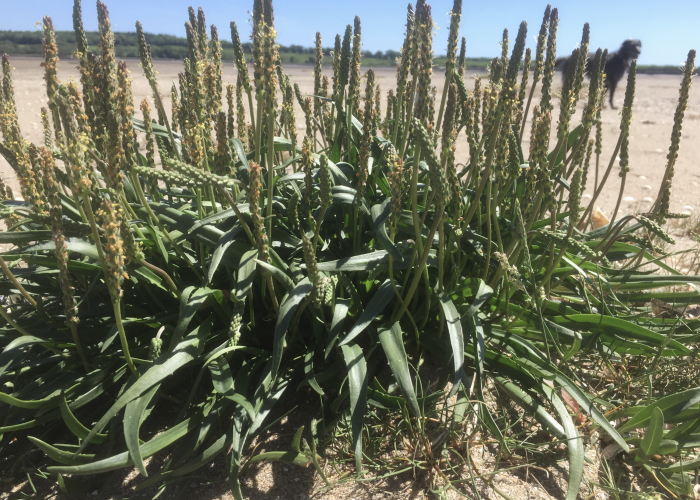 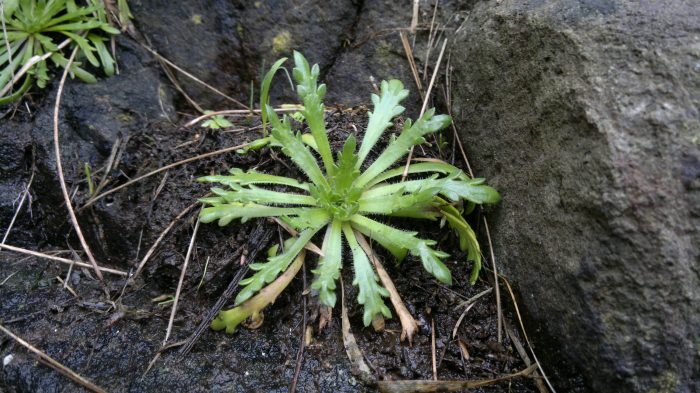 Stagshorn plantain can be used in similar ways, but tends to be smaller and more fiddly to harvest. It is slightly prettier though! 🙂 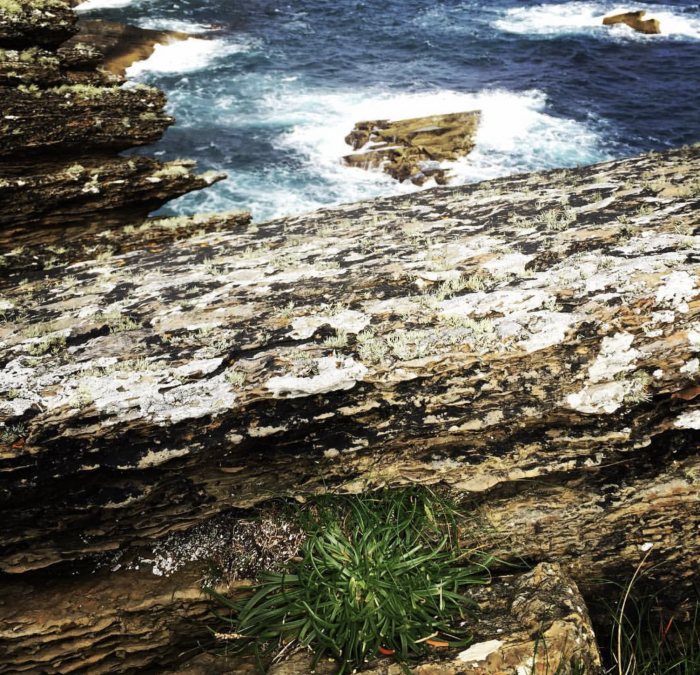 Sea plantain can grow in a variety of coastal habitats – including cracks that are just out of the wind on this Orkney cliff. Best to leave these ones as a few leaves may make all the difference to the plant in such precarious locations! 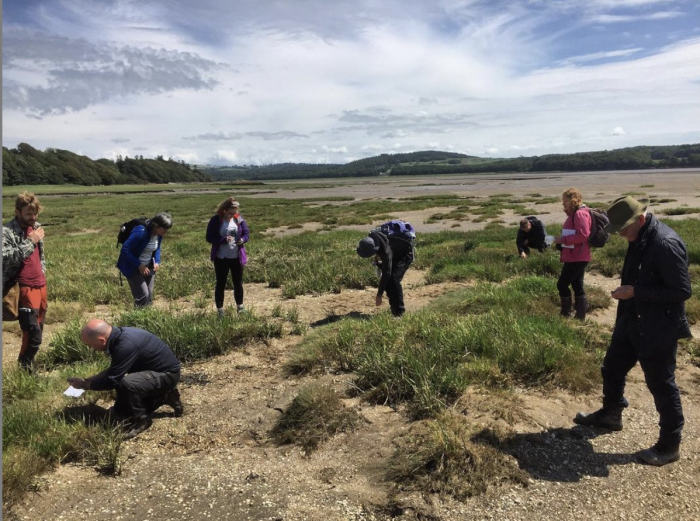 Its a mystery to me why sea plantain rarely gets much more than support act billing in most foraging guides. I think it is one of the great coastal wild foods. Perhaps it doesn’t quite reach the sweet succulence of some of its more revered associates in the salt marsh – such as sea aster or marsh samphire, or the spiced quirkiness of sea arrowgrass or scurvy grass. But for my money, its rich crunchy salinity with intriguing back-notes of mushroom that hints at – but rarely develops – bitterness is delicious and unique.

On top of this, sea plantain is super-abundant and very easy to harvest in meal-sized quantities for much of the year. 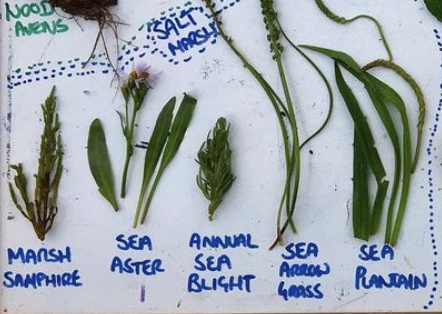 Sea plantain and other edible succulents of the salt marsh – you can just make out the small, sparse teeth that often occur on the mature leaves of sea plantain.

Sea plantain’s crunchy succulence makes it great for stir frying – throw it in at the last minute.

Its long-thin leaves are perfect  for rolling in the middle of wild sushi.

I chop it and cook it briefly in mushroom dishes, where it adds seasoning, spinachy richness and intriguing fungal banknotes that all fit in very well. It keeps its form well during more extended cooking and is great in risotto.

Its succulence also lends it to pickling as the leaves don’t break down in the acidic pickling solution like thinner inland greens. There is no need to heat or cook the sea plantain when pickling – simply wash the leaves thoroughly, place in a jar (a long, thin one if you want to leave them intact and make funky long, thin pickles!), and pour over a cold pickling mix – I recommend starting with the magic pickling proportions of a 3 : 2 : 1 mix – that is 3 parts water, 2 parts apple cider vinegar and 1 part sugar, plus a pinch of salt (remember, the sea plantain is quite saline already) – then tweaking to your preference. For a more detailed rundown of the pickling process, including some nice herbs you can add to mix, see this recipe (there is no need to pre-salt the sea plantain leaves as I do with the wild garlic buds). Sea arrowgrass seeds seem like an appropriate pickling spice, given their shared habitat! Alexander seeds are also a great coastal wild spice that work really well in pickling solutions.

I particularly like raw sea plantain chopped quite small and added to salads or coleslaw, and it works super-well in potato salads. 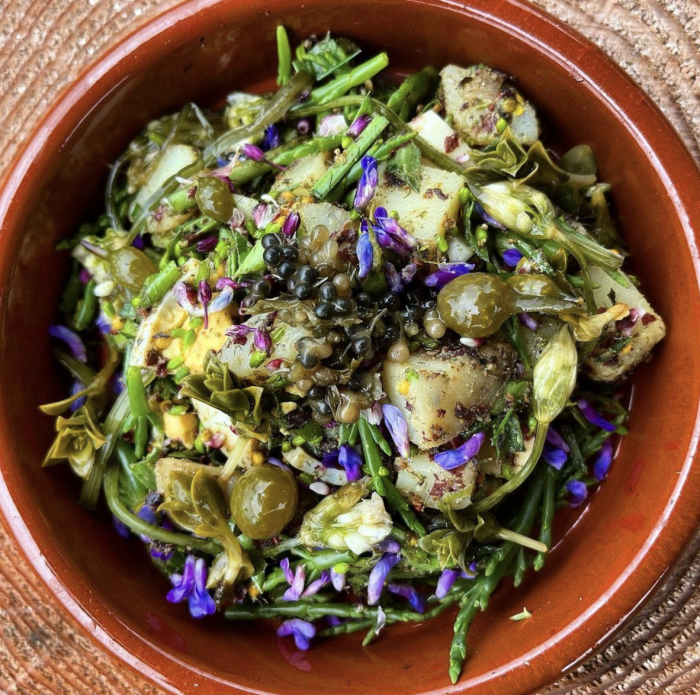