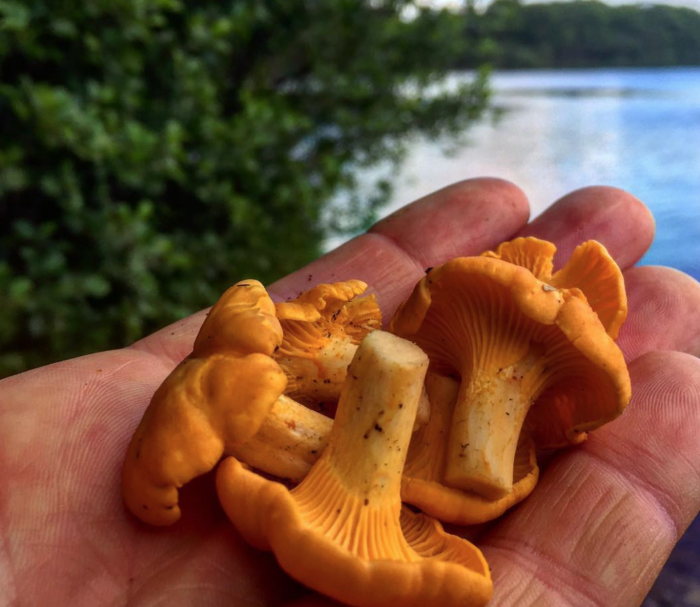 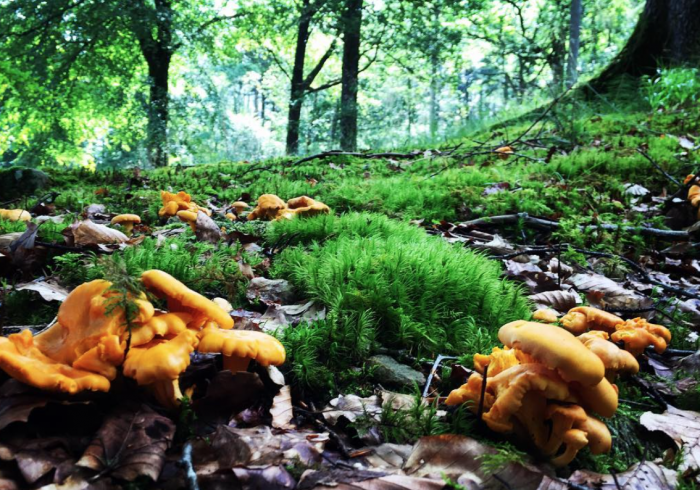 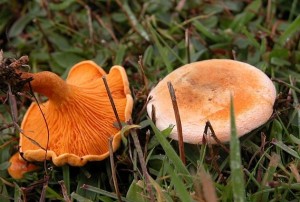 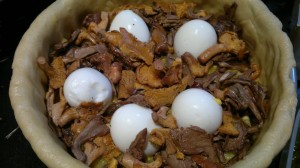 There are two approaches you can take when cooking chanterelles.

The simple method is to start them in a frying pan over a high heat and sweat them for around 15 minutes uncovered, adding other ingredients towards the end of the process. Liquid is exuded and reduced down, but the mushrooms don’t really fry.

A nice one-pan way to take advantage of this juice-exuding tendency is to stir in some dehydrated mushroom powder, and/or seaweed powder to thicken the juices. Then crack some eggs into the pan, over the mushrooms, and put a lid over them and turn the heat down. The eggs will poach and steam in the mushroom juices. This is best eaten straight from the pan so the yolks break and trickle through the mushrooms. I serve “Forager’s Eggs” like this on private fungi forays where there are just close friends and family in attendance! 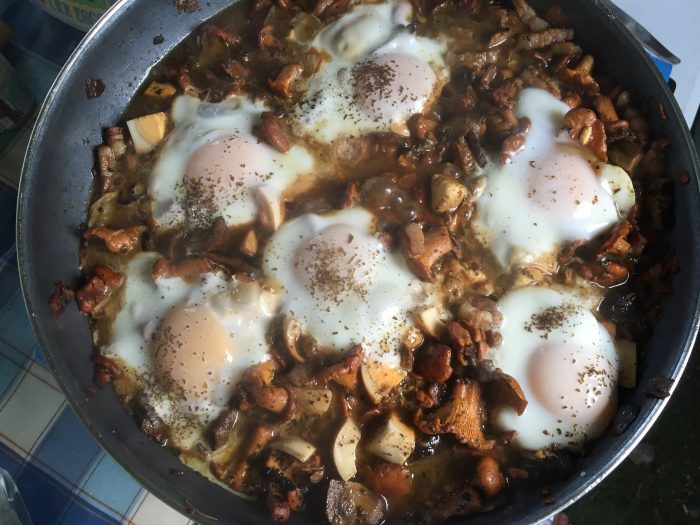 A “cheffier” method of cooking chanterelles (I learned this from Andrew Fairlie on a foray we did up in Perthshire), is to cook them on a medium heat until the juices are exuded, then drain off this juice (keep it – it is the most amazing amber-coloured mushroom stock, or can be reduced down to make a glaze) and transfer the mushrooms to a very hot frying pan and sear them to your liking. This isn’t very practical at a wild, one-pan cook-in, but is a nice way of cooking them at home. 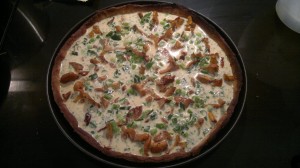