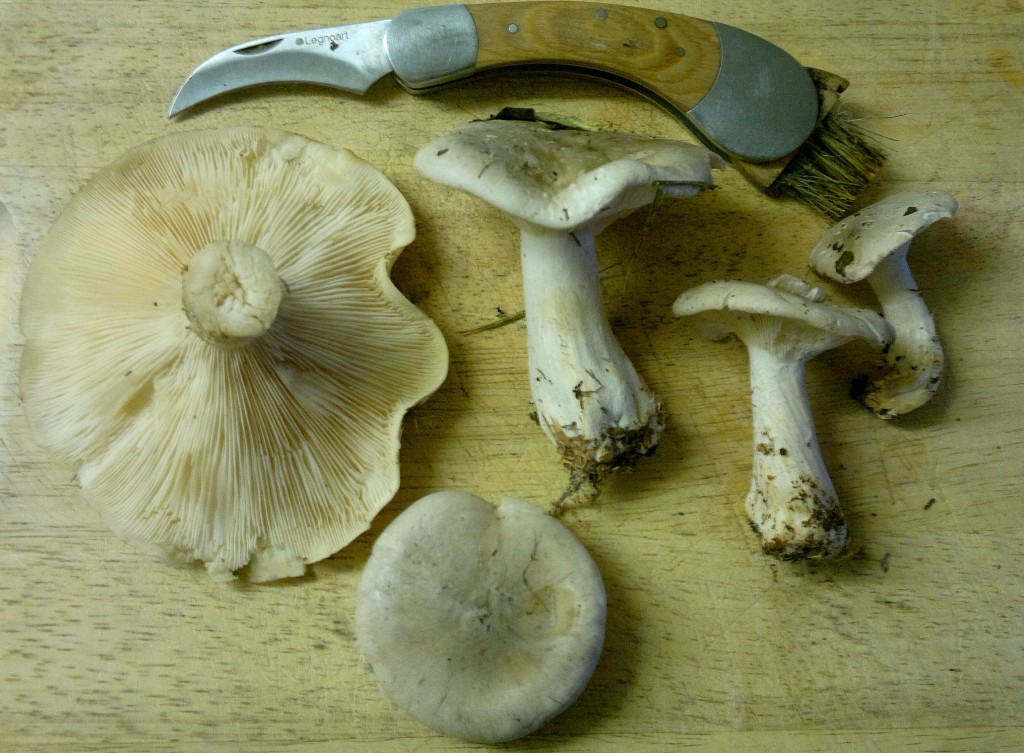 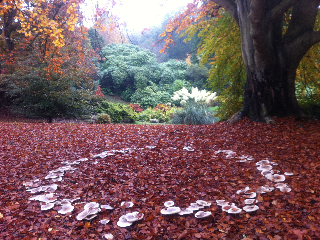 This is one of those awkward mushrooms that doesn’t agree with everyone. Roger Phillips reports that  it is “Said to be edible, but known to cause gastric upsets in many people“. As is so often the case with saprophytic fungi, the clouded agaric may have markedly different composition depending on which substrate it is growing on. This may further complicate uncertainties around personal tolerances.

As I discuss in more detail in this post on The Spectrum of Edibility, “edibility” is a much more complicated concept than we tend to appreciate. This paper on clouded agaric lists its potentially beneficial properties (albeit based only on testing on mice), while this paper goes into some detail on its potentially harmful properties. I suggest you read both before deciding whether this is a mushroom you might wish to eat.

I have personally eaten this mushroom on several occasions and enjoyed, after thorough cooking, its sweet yet sharp flavour which works particularly well with fish and pickles well too. Having only recently come across the second paper linked above, I am now more circumspect about eating clouded agaric. If you choose to eat it, i’d now recommend boiling in water then discarding the water before cooking

Discussions of toxicity aside, this also appears to be one of those foods that actually tastes different to different people – some find it rank, despite not getting any adverse symptoms. 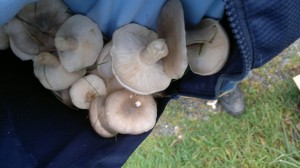 Huge numbers of clouded agaric can be lurking around any tree or bend in the road. Bagless, I had to improvise with this lot and stuff them into my jacket. 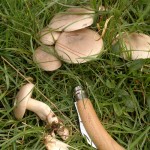 Don’t be too scared of the superficially similar but much rarer livid pinkgill which has pink spores, ascending gills and a floury odour.

If you do choose to eat clouded agaric, please leave a comment below to let me know how you got on with it. 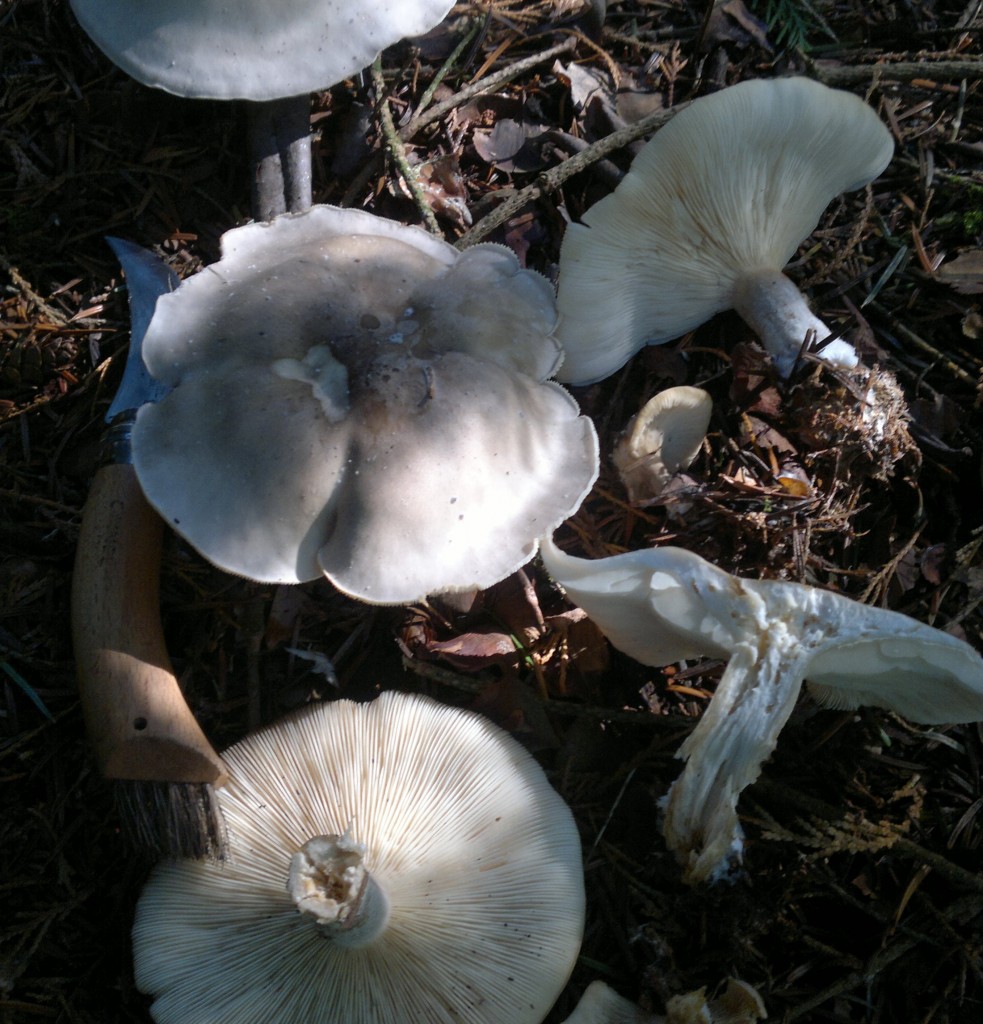