These spectacular mushrooms are a joy to stumble upon. Actively hunting for them can be a waste of time as they are eccentric in when and where they grow. While they can recur in the same locations year after year, this is by on means certain. The best strategy is to keep half an eye on hedgerows and verges while driving and hope to get lucky! You only need to find one for a banquet – they can be thickly sliced and fried like steaks with bacon and garlic or make a superb creamy (savoury marshmallow) addition to mushroom risottos if diced. My favourite recipe is to hollow smallish ones out, fill with devilled kidneys, wrap with bacon and roast whole.

Large clusters of smaller puffballs (lycoperdon sp) are quite common and edible, though not so tasty as giant puffballs and requiring peeling before use. Though quite distinctive, novices often mistake unopened agarics and (more dangerously) amanitas, for puffballs. The three small pictures below clearly show how a fly agaric emerges from its puffball-like universal veil. If you aren’t sure, cut them in half to ensure there is nothing but ‘puff’ in the middle – and never munch on a hunch!

Another identification pitfall is mistaking them for earthballs (scleroderma spp). Earthballs a tend to be darker and much more solid. All earth balls have dark, dense interiors when cut. Rather than puffing out their mature spores like puffballs, earthballs split and drop their spores where they lie. 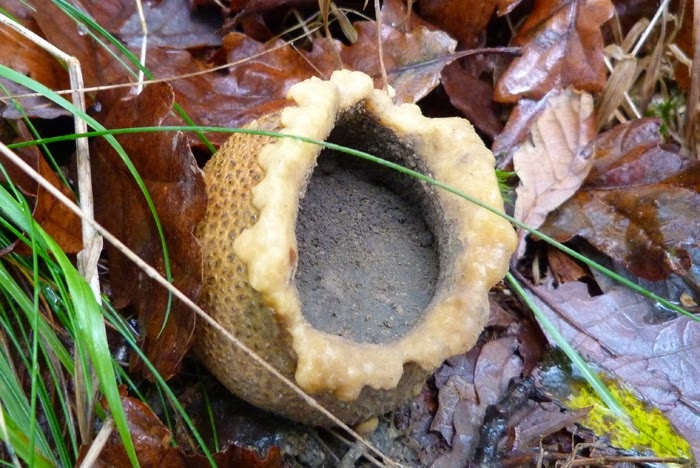 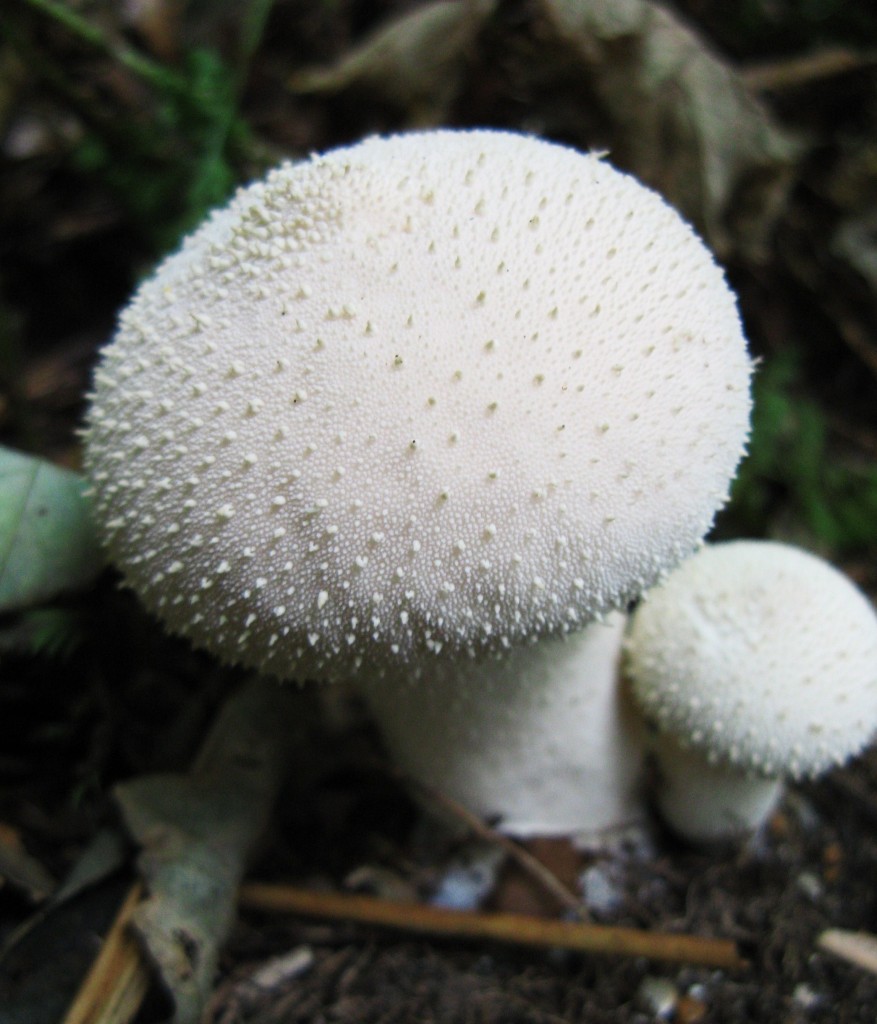 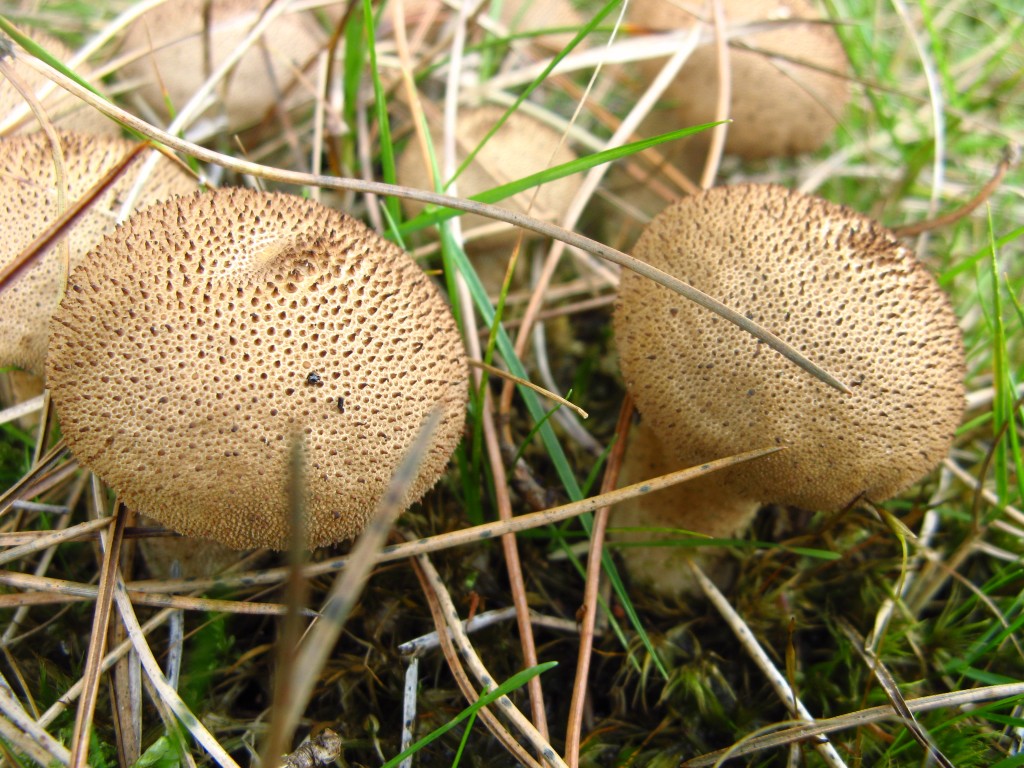 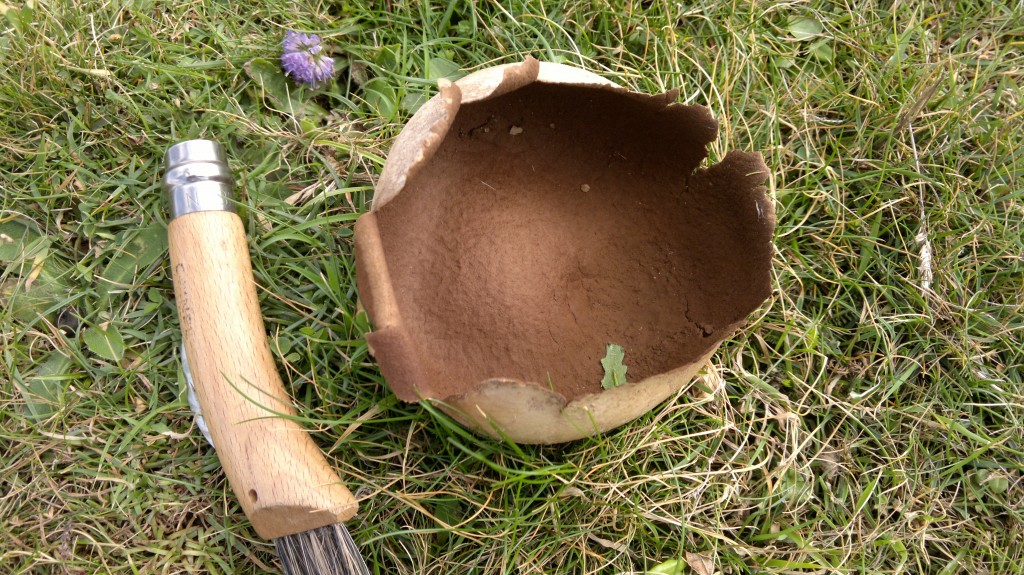 The ‘cup’ remains of a meadow puffball (calvatia utriformis) – which grow larger than common puffballs but not as big as giant puffballs! (up to 12cm). 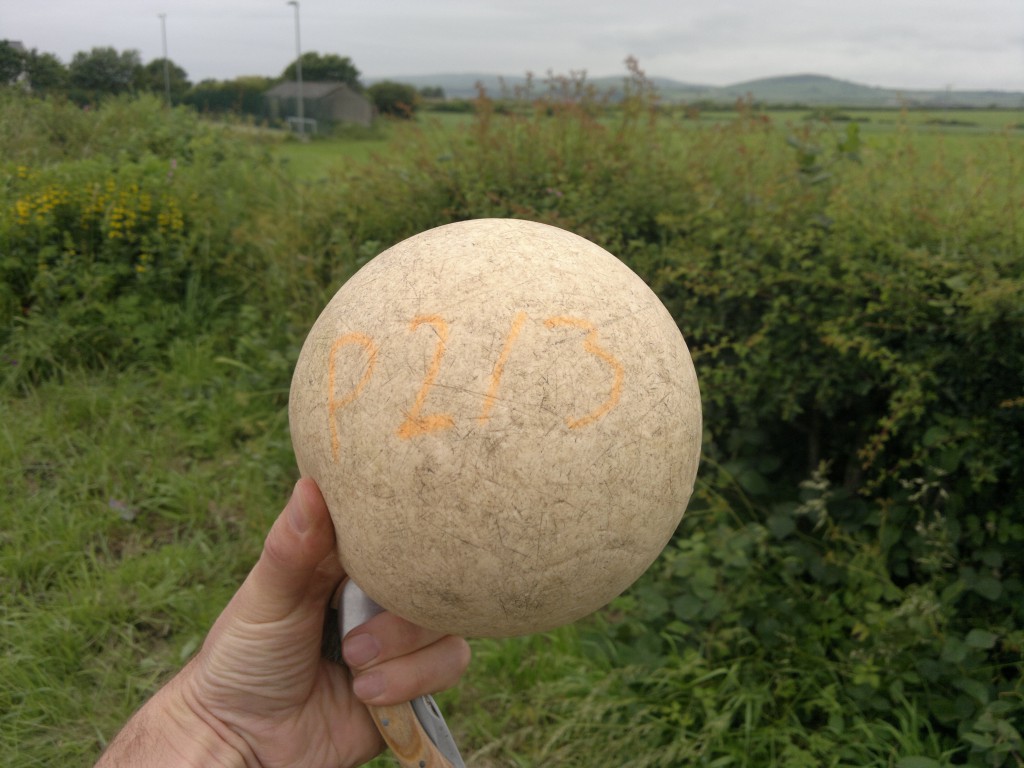 BEWARE! Once you get the puffball hunting bug, you will find yourself regularly diverting for footballs, floats and random pale, vaguely spherical objects in fields and hedgerows. 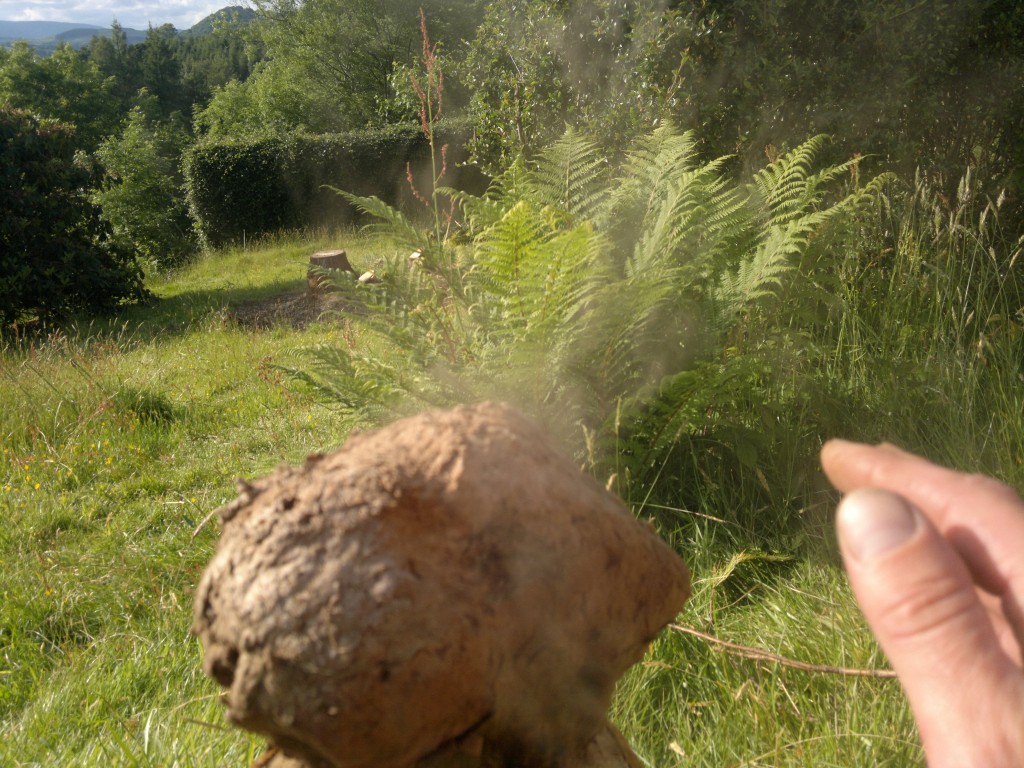 Giant puffballs are remarkably fecund. It is estimated that one can produce 7 TRILLION spores. Not all of these are viable and the vast majority alight on unsuitable terrain, but thats no reason not to kick their spore-smoking husks around your garden in the hope of setting up a nursery!