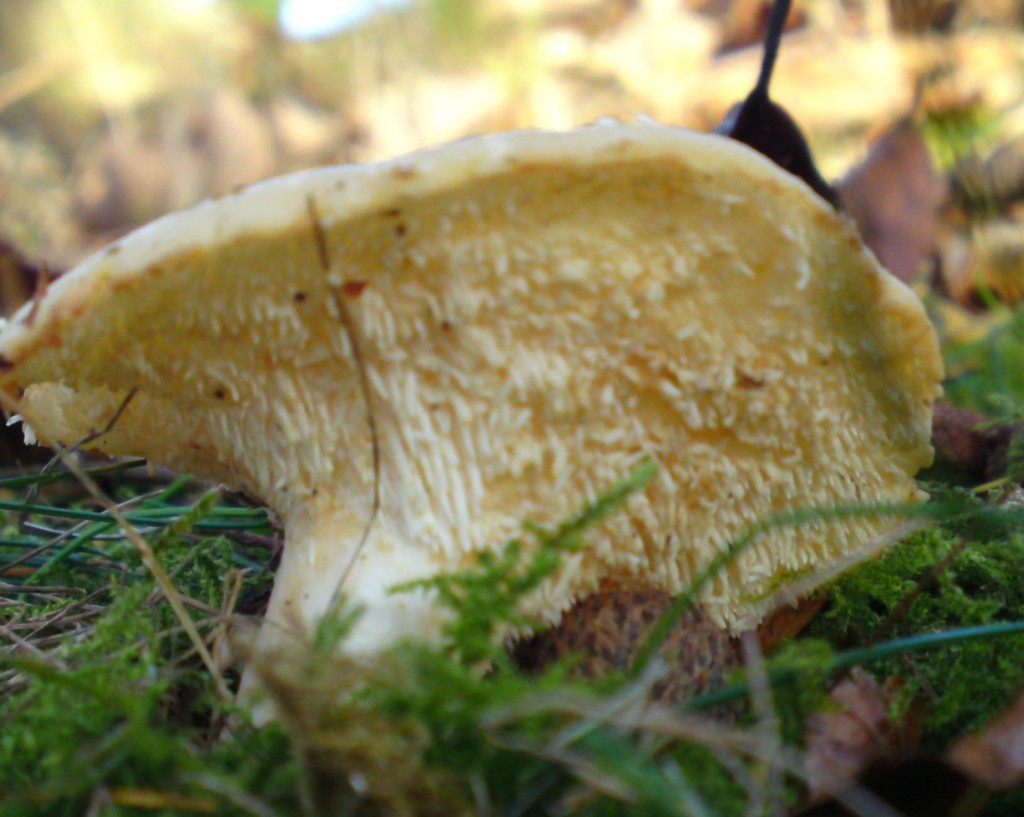 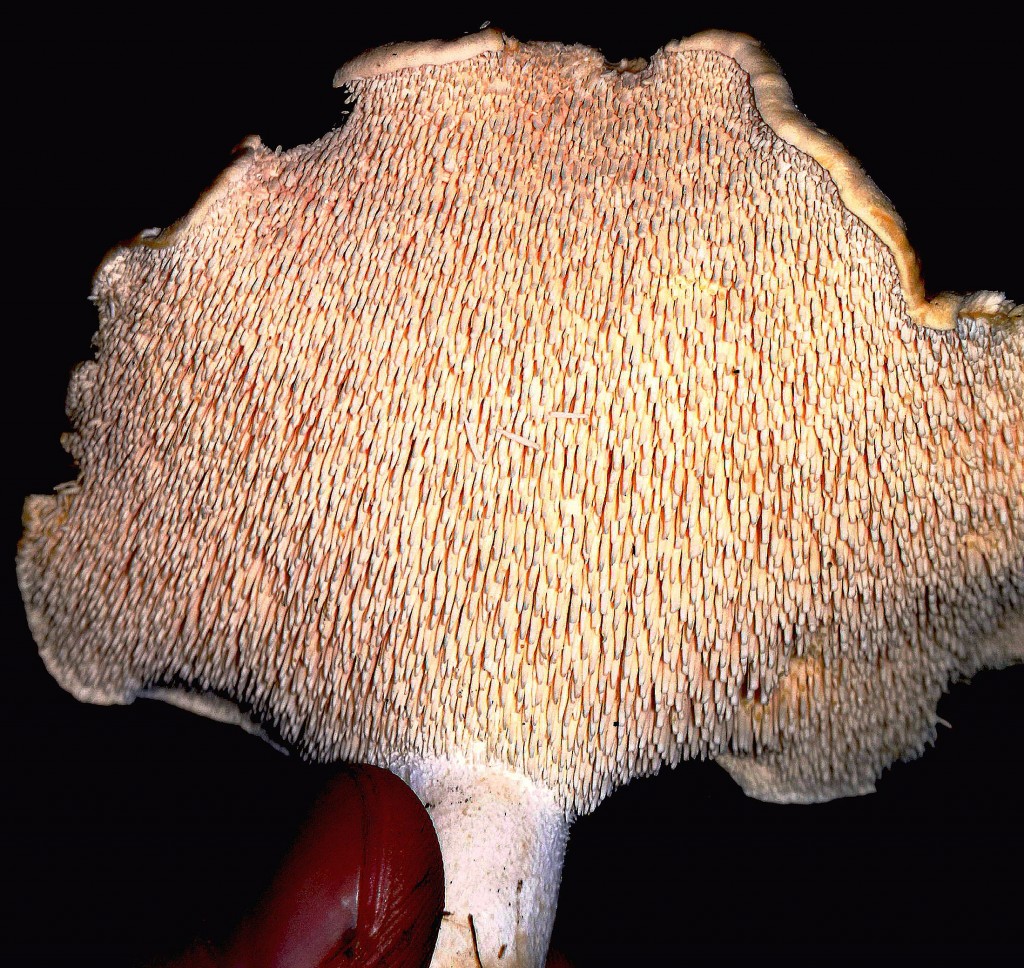 The demented, inspired and capricious god that designed fungi must have been feeling generous when he created the hedgehog mushroom, as it is one of very few fungi that bear their spores on downward-pointing spines rather than gills or pores. The 14 or so other ‘tooth fungi’ that occur in the UK are all rare, quite different looking and more or less non-toxic (read more about them under ‘expert foray’ here…) 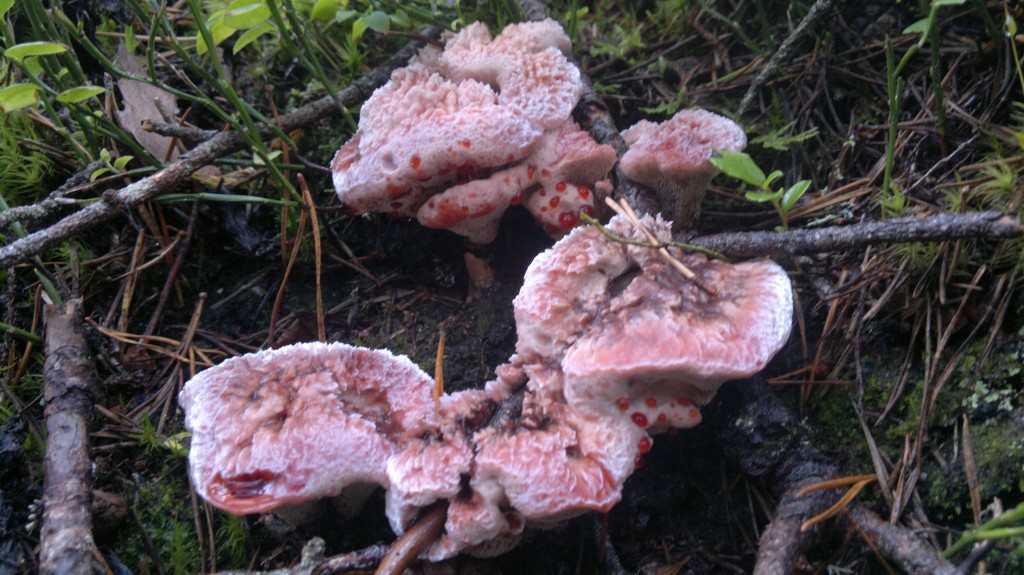 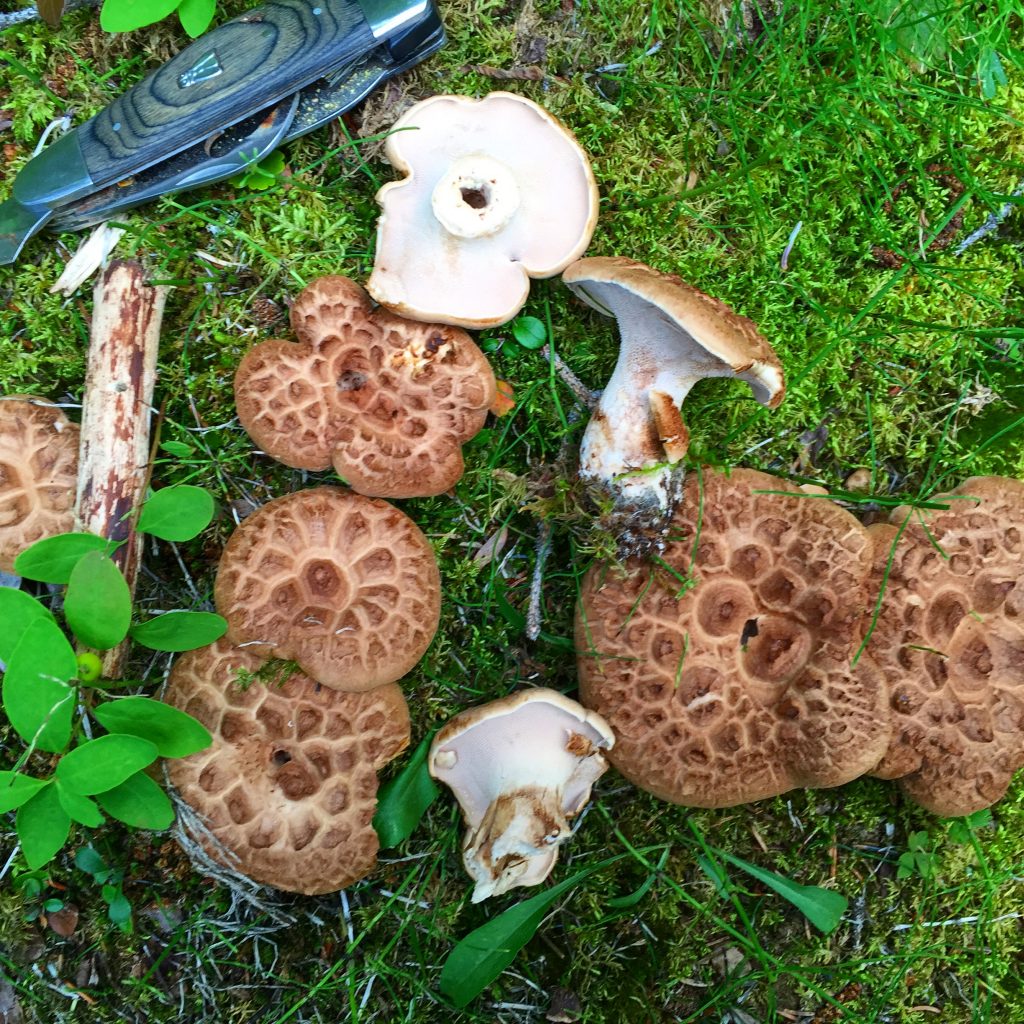 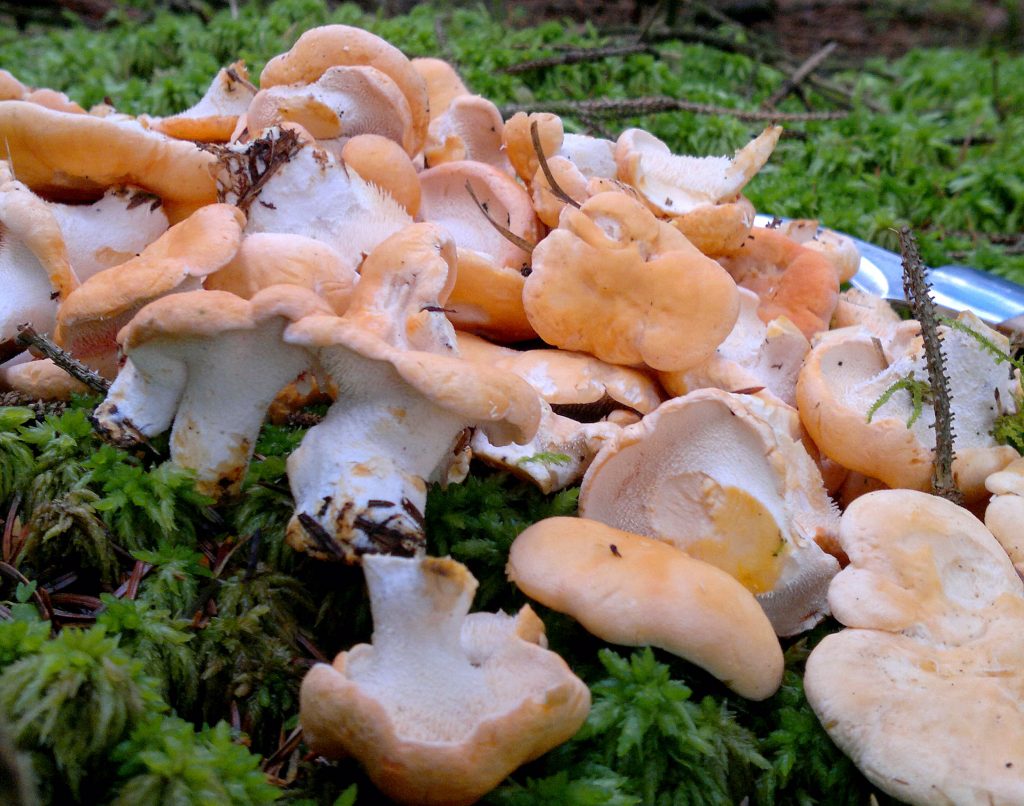 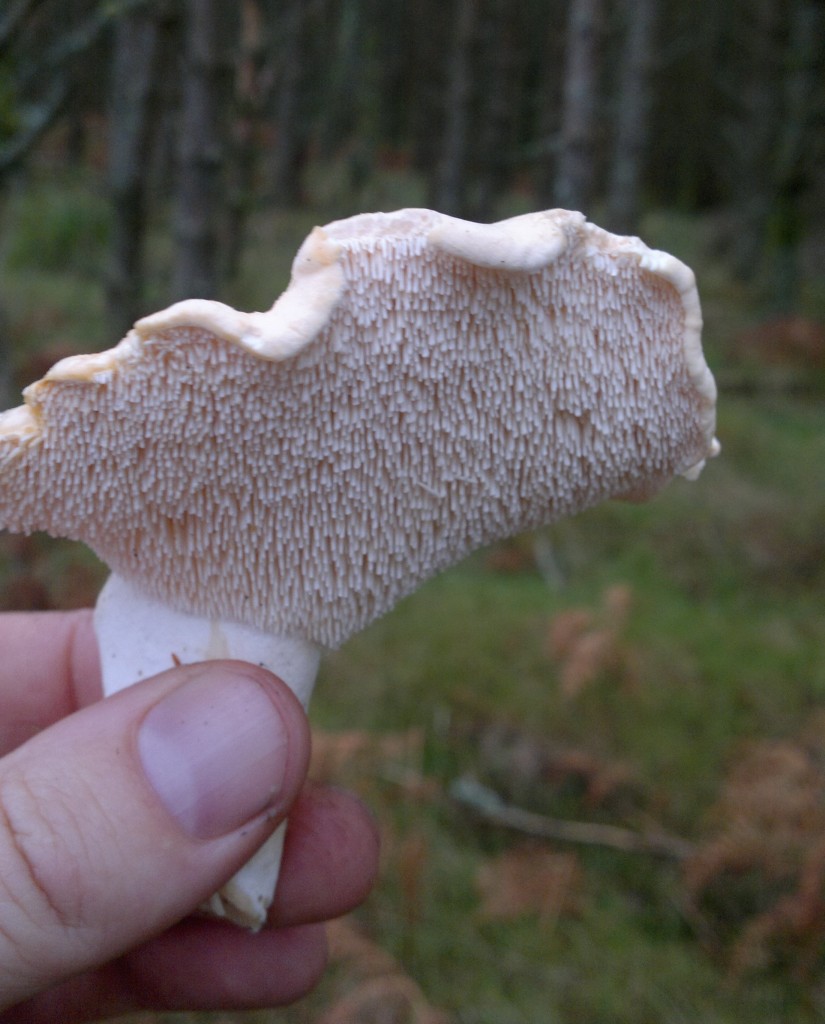 Although hedgehog musrooms aren’t quite as common as chanterelles, you can often find them growing in the same locations. I know a few patches where, just as the chanterelles are starting to look tired and soggy, the hegehog mushrooms start to emerge, bright, fresh, tender and stubbornly resistant to the depredations of the late Autumn weather. They are solid little things too, and you can fill a basket with them in short order from what may initially look like a meagre patch. 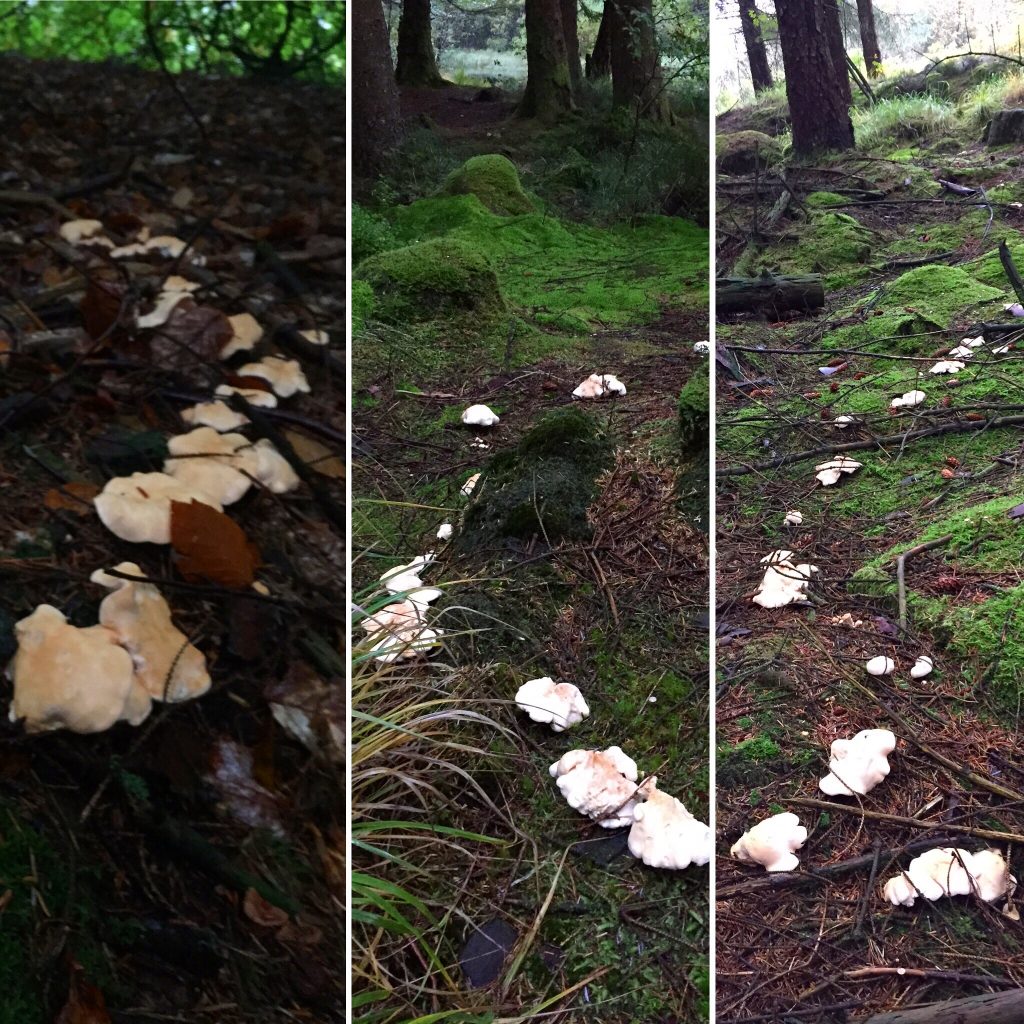 Large groups or rings of hedgehog mushrooms are not unusual, especially in conifer plantations

Although they don’t look quite so glamorous as pristine chantetelles, I actually slightly prefer their flavour and texture – sort of the pretty girl’s plain, oddball sister, who is actually more fun to hang out with! With this in mind, I treat them like chanterelles, except occasionally buying them a drink – try flambeing them in calvados after sauteing before finishing with creme fraiche for a really decadent treat. They pickle well too. Fastidious types scrape off the spines before cooking, claiming they can be a little bitter, but this isn’t necessary.