There are several other similar, though less widely distributed Osmundea species, referred to generally “flat fern weeds”, including: Royal Fern Weed (O. osmunda), Brittle Fern Weed (O. oederi), and Iridescent Fern Weed (O. truncata). All are edible and delicious in similar ways to pepper dulse, and are most easily distinguished by their habitats (see below). 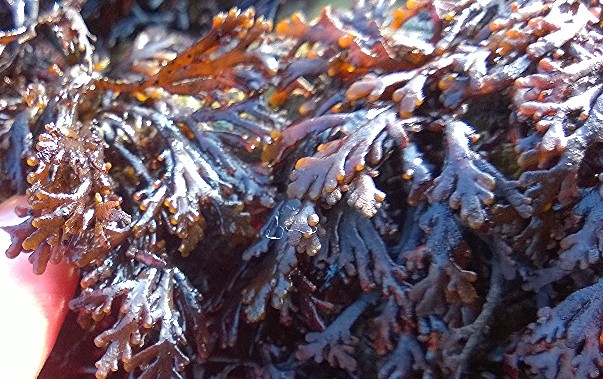 This amazing little seaweed packs an extraordinary flavour that you really have to taste to believe. I’ve fed it fresh to food lovers who reacted with such amazement, delight and determination to have more, that I expect they are now to be found living in coastal caves as ragged pepper dulse junky hermits, venturing out twice a day to gnaw it fresh from the rocks… 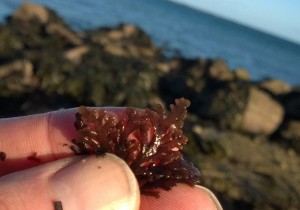 One of my very favourite foraging experiences is gathering and eating pepper dulse on the shore, with the waves breaking about my feet. For me, the flavour is deeply elemental – of rock, sea and brimstone. If you inadvertently pull it from the rocks (rather than trimming with scissors as it should be done), it brings with it some of the rock and barnacle to which it clings. I think this close integration with its rock home that gives it its intense minerality. Seaweed forager extraordinaire, Rory “Fresh From The Sea” MacPhee (to whom I am hugely indebted for introducing me to this delight) believes pepper dulse to live in close and complex mutualism with smaller marine algae and shellfish. 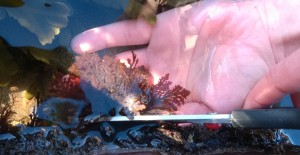 More scientifically, much of the flavour may be due to the presence of terpenoids, a class of strong-smelling organic compounds that are also found in conifer resin and many essential oils. These, and the other pungent compounds that give pepper dulse its extraordinary taste are believed to have evolved to deter some aquatic grazing organisms. There is little published research into the nutritional profile of pepper dulse, but my instinct tells me that, while it may contain many of the beneficial minerals and proteins of other seaweeds, it shouldn’t be eaten in large quantities. This is unlikely to be an issue, as the flavour is so intense, you’ll never need much. Unless you become a certified peppy-D junky like me and over-graze it! 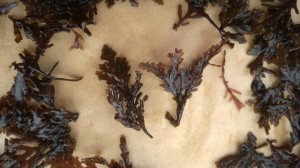 Pepper dulse laid out for drying

It is possible to buy pepper dulse from commercial harvesters and processors in dried form. This is still a magnificent ingredient that can be used in place of salt, pepper and various spices in many savoury dishes. But really, its but a shadow of its fresh self. Having a fridge-life of about 2 days, I doubt you’ll ever be able to buy it fresh. The purest gastronomy is in tasting this seaweed free, among the rock and foam of its elemental home. Why pay infinitely over the odds for less than half the pleasure…? 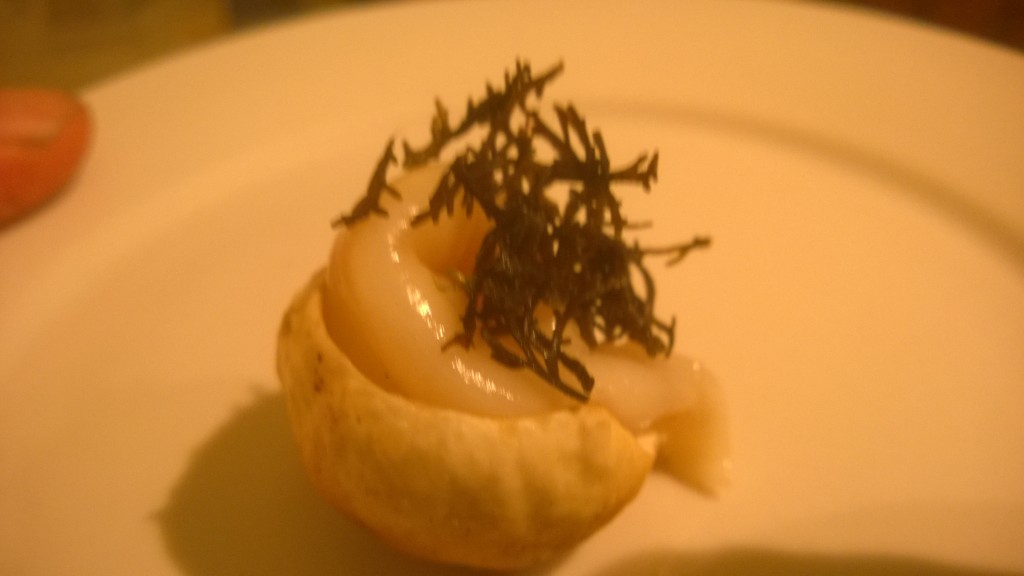 Apart from just nibbling it fresh, I like to add the fronds to wild sushi and sashimi, or lay them on pieces of smoked egg. Coat the rim of a glass with it in dried, powdered form to make a filthy dirty martini (add a spiral wrack caper instead of a salty olive), or sprinkle it on soft boiled eggs. As a spice, the only limits are your imagination –  but as is so often the case with wild foods, keeping it simple often works best – sprinkle it on fish or (even better) shellfish before grilling. See and listen to my exploration of our native spice rack here. 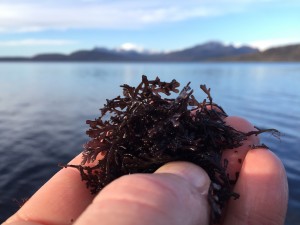