Plant and fungi ID apps are now widely available and seem to be well liked by many people who use them, including foragers. I welcome the way they can bring the pleasures of connecting with plants to a wider audience, but think there is a danger that some foragers place too much faith in their accuracy. This recent study of several of the most popular apps found that the apps seldom exceed 50% accuracy. Further to their unreliability and the dangers this could bring to novice foragers that aren’t aware of their shortcomings, I fear that they also have the potential  to undermine the development of personal identification skills, and risks turning the reciprocal relationships with plants and fungi, and the ecosystems of which they are part, into transactional encounters. Placing too much confidence in the wisdom of a logarithm can be dangerous.

Would you prefer to learn from a human..? Check out my online 1-to-1 mentoring. 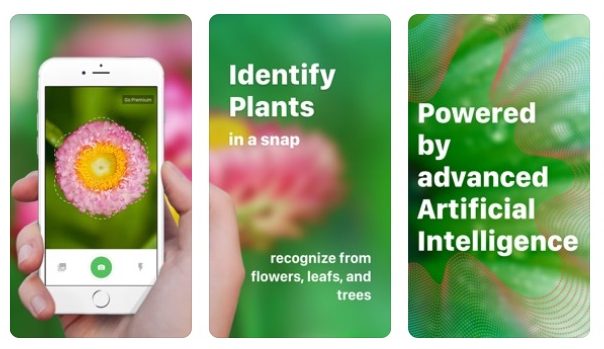 Here is a genuine example of what can happen if you place too much trust in an ID app. This is quoted directly from an email I received. Although it mentions a specific app, I think it could just as well have referred to many others:

“Google lense is NOT a friend! Whilst out gathering ramsons, nettles, cleavers and ground elder I spotted a beautiful carpeting of green. Clicked Google lense, it said something like “garden greens, edible” and so I picked one medium sized leaf and ate it.
.
Within minutes my mouth was uncomfortable, in half an hour my neck and cheeks became a little swollen, in an hour I had stomach cramps and diarrhoea, my lips went pale as did the tips of my fingers, the hairs were up on my forearms, I felt a bit whoosy and very cold.
.
Luckily I had taken a picture of the stuff. Researched at home and found out I’d eaten dog mercury, raw. I drank a cup of water with a teaspoon of bicarbonate of soda. Went to bed to warm up, ate toast, oreos, a veg curry, more water. Told a friend, just incase things got worse. 2h after the foraging harsh lesson in due care, I was back to normal.
.
One leaf.
.
Lesson learned! Multiple sources of checking before even a nibble now. I’ve moved on, sweet woodruff wine and spruce juice/syrup in the making. I’m enjoying learning too much to stop now.
.
If you’d like to use my tale of eating a highly poisonous plant, feel free. Still reeling that one leaf (from the top of the plant) had so much effect. Either I’m a truly sensitive soul or that stuff is a firm warning that nature is a rascal indeed! “

This person learned a valuable lesson. If their app had made the same error with, say monkshood or foxglove, they may have died. I’m not sure exactly how Google Lens works but if its using google images as its reference base, that’s actually pretty worrying – I’ve seen a lot of dangerously mislabelled images on google!
.
Here are three consecutive images that came up on page one of a google image search for “edible wild mushrooms”. The first may be edible (perhaps a stubble rosegill), but one or more of the mushrooms shown could easily be a destroying angel, or at least be mistaken for one based on this image. The middle image is almost certainly not The Prince, but probably the inedible-might-make-you-ill shaggy scalycap (Pholiota squarrosa). The third is fly agaric (amanita muscaria), which isn’t on any regular menus! At least not without some careful preparation). Note that the fly agaric image comes from this website, on a post in which I discuss the differences (or perceived differences) between mushrooms and toadstools.

.
I hadn’t labelled that image as an edible mushroom, but the not-so-wise google algorithm for some reason decided it would be useful to throw it up (pun intended). I realise (or at least hope) that most bespoke ID apps will be more sophisticated than this, but the problem remains: mix-ups will happen!
.
For me, the lesson is not “never use ID apps”, but “never TRUST ID apps”. They are no more than a single small (and often flawed) tool among many (usually better) tools for getting to know a plant.
.
To be fair to the apps, most aren’t really developed with foragers in mind, being gardening or nature-watching focussed. If they’ve thought you might use the app to identify potential food at all, they will have plenty of warnings and disclaimers.
.
I have seen some worryingly inaccurate identifications based on books too, so this is not purely about mistrusting technology. Its about the dangers of placing too much trust in any single source of information.
.
Incidently, I’ve seen so much terrible and potentially dangerous identification advice given out on Facebook pages, that i’ve had to stop looking at them. Quite scary. For a while I tried to intervene in the most dangerously wrong cases, but it would be a full time job, and a thankless one at that, as the sort of people who race to bark out identifications on FB threads based on blurry images tend to be the same ones who quickly get rude, no matter how politely you try to challenge their dangerous blurtings.
.
A big part of my job as a foraging teacher and wild food mentor is helping people to find a healthy and sensible balance between confidence and caution. Most foragers are perfectly sensible, and most beginners approach the subject with a healthy dose of caution and often full on trepidation, imagining deadly plants at every turn.
.
Others come to the subject with too little caution, or at least a big blind spot for just how much they don’t yet know – the “unknown unknowns“. By this I mean a lack of insight into just how much that they don’t know, including the potential dangers. Unfortunately, this is the stage at which many people turn to identification apps. In their ignorance of potential dangers, they can place too much trust in the apps (or FB page for that matter). This situation isn’t helped by the ever-increasing number of social media feeds out there that depict baskets of glorious harvests and delicious wild concoctions, but don’t find the time, space or insight to outline the potential pitfalls to their audience. Its also hard to convey in social media posts the years of learning, exploration, fruitless miles and consideration that have enabled that harvest. To novices this can start to make green spaces look like open-air supermarkets, rather than living ecosystems of which foragers are just one part.
.
Its worth noting that not all ID Apps are the same. Most use automated ID algorithms to come up with a “best guess” (and they do, i’m told, tell you this is a “best guess”, not a certain ID). But some also connect with real life experts, though it might be hard to check the credentials of these experts. So if you do get one, shop around, and expect to get what you pay, or don’t pay, for.
.
Some apps have the added bonus of recording botanical data, so you may be actively contributing to biodiversity science. For example,  iNaturalist shares your findings with scientific data repositories like the Global Biodiversity Information Facility to help scientists find and use your data. Now that seems like a nice outcome. 🙂

.
I’m not a big fan of ID apps personally, and doubt I would have got to know plants and fungi as I have if i’d relied on ID apps when I was learning. Getting to know wild plants and fungi is relational not transactional.

I would draw a comparison with GPS navigational gadgets, which I have more experience of from my time in Mountain Rescue. While navigational gadgets and mapping apps can be incredibly useful, there is a tendency to become over reliant on them at the expense of proper map and observational navigation skills. This is potentially dangerous: electronic gadgetry can break down leaving you lost unless you’ve worked on some practical skills too. Also, i’ve been involved in rescues of hillwalkers who followed lines that  their GPS has drawn for them into very precarious situations!

Beyond the dangers, I also think its a bit sad: a journey should be about so much more than getting from A to B as quickly and efficiently as possible.

Its the same for plants, and you can think of the process of getting to know them a bit like a journey. Do you want to go directly from A to B, without seeing or learning anything en-route? Or would you rather conciously follow the path that that beckoning leaf or enticing scent invite you to follow?

If you are hoping to go out into the wild and gather ingredients from nature as you would pluck produce from a supermarket shelf, I would suggest that you have the wrong idea about foraging.

The very process of meeting, trying to identify, puzzling, getting frustrated, revisiting, trying again, exploring more resources, enquiring, learning more about the species and its relations, feeling good about your identification, taking personal responsibility for what you choose to put in your body, researching recipes, refining and crafting your harvesting strategy for that species in that location…all of these, and more, are how you meet, greet, get to know, and develop a relationship with a plant, fungi or seaweed.

Taking that time to get to know a species will also open up other avenues of enquiry, and your knowledge will grow organically. You’ll also be more likely to understand how both the species and yourself fit into our wider ecology. You’ll start to recognise species by their family traits and learn to key-out your finds methodically, at first by following a written key, but soon you’ll be doing that in your head, and after a while of this you’ll reach the point where this happens so easily it starts to look like “feel” or “instinct”.

So by all means add apps to your toolkit (alongside books, friends, experienced foragers, well written websites, social media, instinct, animals, wider research, and (ahem) going out with an experienced guide), but please don’t fall in love with them.

Rather, fall in love with the process of learning, and all the amazing things you meet along the way. 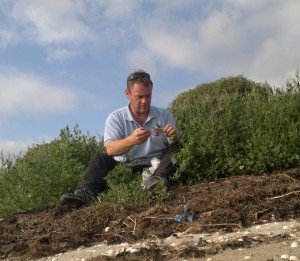