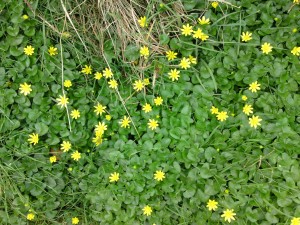 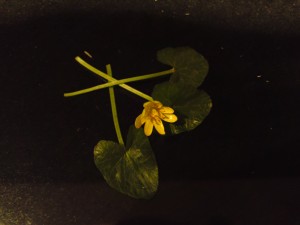 Prior to flowering, lesser celandine is one of the milder spring leaves, so good for bulking out salads of more pungent leaves like hairy bitter-cress, ground elder,  and ramsons.

As a member of the generally toxic buttercup family (ranunculaceae), lesser celandine contains small amounts of pyrrolizidine alkaloids (PA’s), a family of plant compounds produced as a defense mechanism against insect herbivores, but often also hepatoxic (causing liver damage) in humans. They are also associated with the increased incidence of some cancers.

Read my article on The Spectrum of Edibility

So lesser celandine should not be eaten in large quantities, and not at all by anyone with health issues. Boiling or steaming the leaves and stems or stir-frying like spinach/pak-choi diminishes the PA’s and makes for a decent enough green vegetable.

The bulbils (nodules) that appear on the roots give lesser celandine its old english name of Pilewort. This is in accordance with The Doctrine of Signatures, whereby if part of a plant looked like a part of the human body, it would be used to treat that part of the body.  Although it may sounds quite far fetched when you first hear it, we are less surprised when our attention is drawn to examples of plants signalling their usefulness to other animals. So why should plants not have evolved alongside humans to manipulate – and help – us?

The bulbils are pleasantly crunchy and are best boiled or roasted and added to salads for crunch. 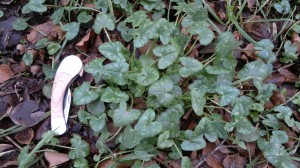 Lesser celandine is not recommended for eating once it has flowered (and it flowers really early in the year – around early March in SW Scotland) as it  become higher in protoanemonin – a compound that can cause irritation in the mouth and gastrointestinal tract. The whole plant becomes increasingly bitter and not very pleasant to eat.

To be honest, I don’t  much bother with lesser celandine as, beyond its slightly troublesome chemistry, its fiddly to pick and usually surrounded by lots of easier to harvest, tastier, more nutritious and less toxic plants! 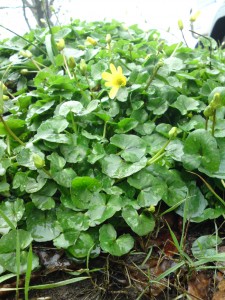