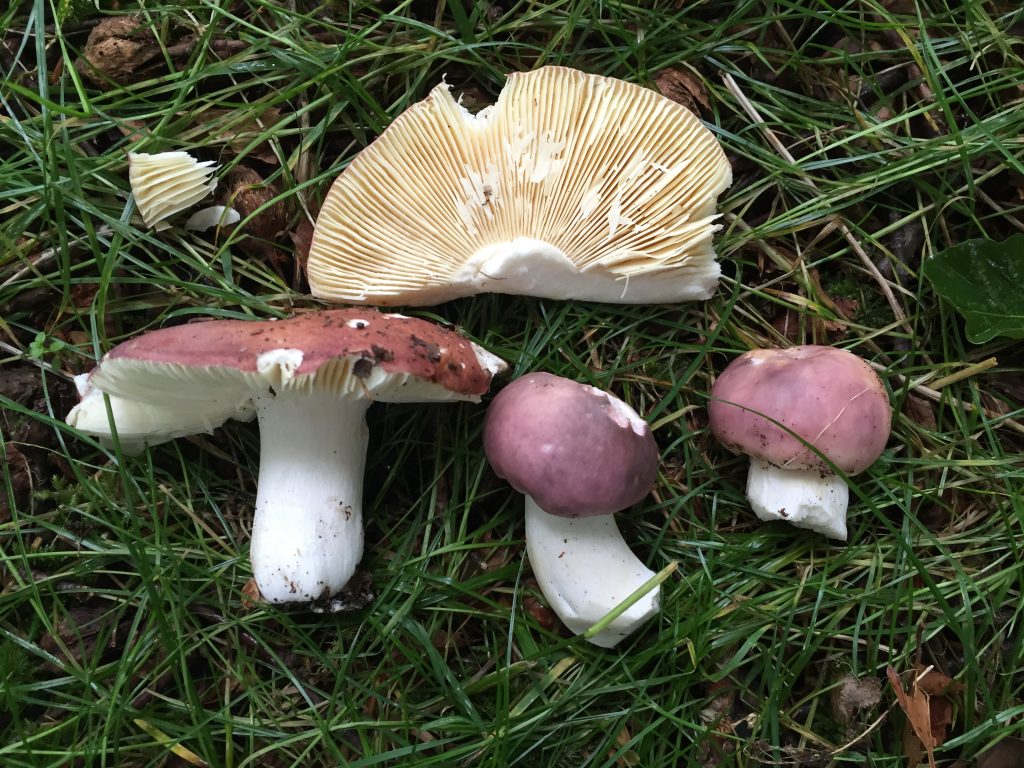 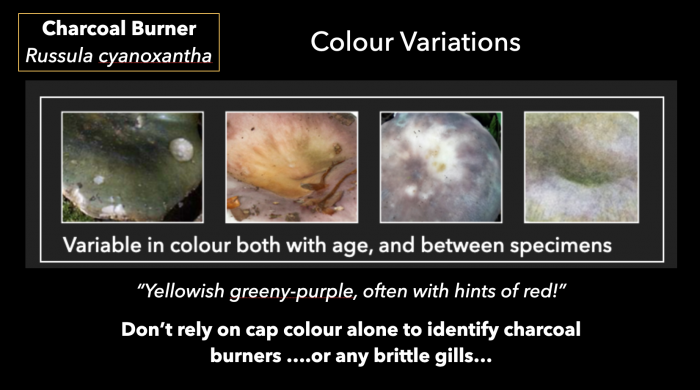 Colour variants in charcoal burners –  from my “20 Mushrooms” Webinar

For those struggling to get to grips with mushroom identification, and even those with a fair bit of experience, the russula (also known as brittlegill) family of mushrooms can be very daunting. It contains over 200 species, all of which have more or less the same characteristics – pale brittle gills, white/cream coloured spores and squat crumbly white stipes. They are beautiful mushrooms that really illuminate the forest floor – most sport colourful caps from yellow to reds to greens to blues and purples. Many different species can share the same cap colour however, so close observation of cap shape, habitat, smell and taste are key to accurate identification without a microscope. 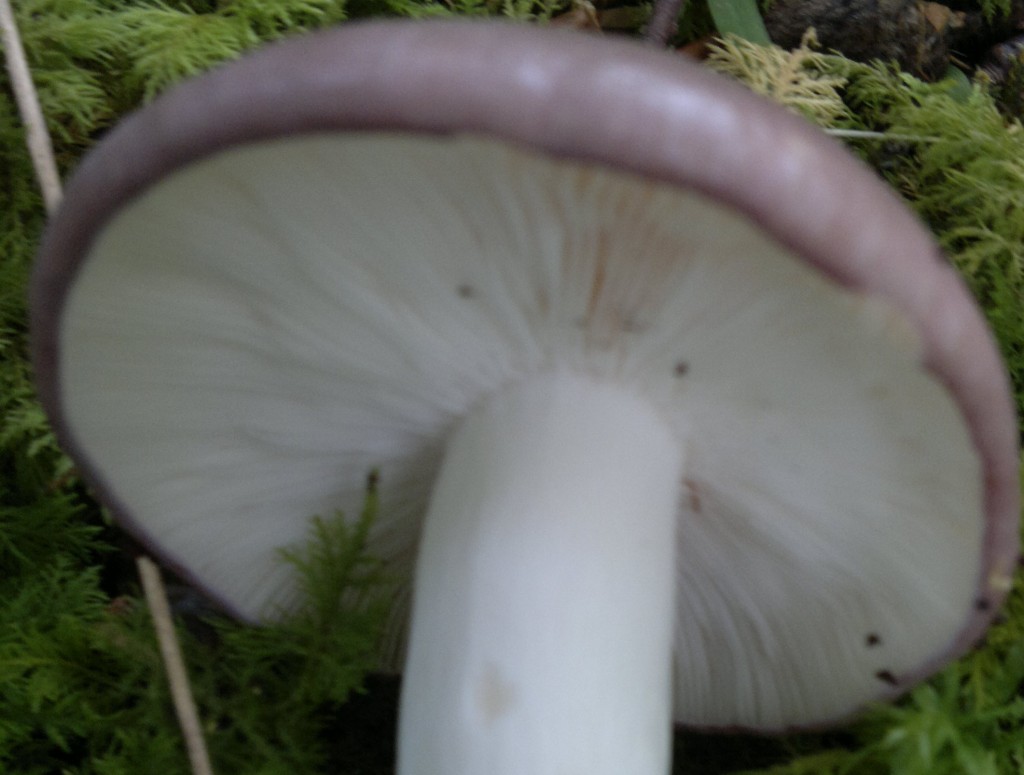 Using taste to help identify a mushroom may seem counter-intuitive in a world where potentially killers lurk, but if you are certain you are dealing with a variety of brittlegill (russula spp.), and if you only taste (as opposed to eat) a tiny amount on the tip of your tongue, you wont come to any harm. Most russula are simply inedible. A few will give you a tummy upset. None are deadly.

You should not use taste to identify mushrooms (or pick any white gilled mushrooms for the pot) unless you can confidently eliminate the amanita family from your enquiries – see my posts on death cap, destroying angel, fly agaric, and blusher to learn the key characteristics of this group.

With that in mind, all the good edible varieties of russula actually taste pleasant, with a crisp texture, often nutty flavour and no bitterness. Don’t take half the lesson here and go around tasting all mushroom species – i’m told some deadly amanitas taste quite pleasant!

I recommend beginners focus their russula hunting on the charcoal burner and use taste as their final corroboration of their find. As the best of the edible russula, it is most easily distinguished by its pliable (ie. not crumbly) gills. That’s right…a brittlegill without brittle gills. Mushrooms are contrary like that! 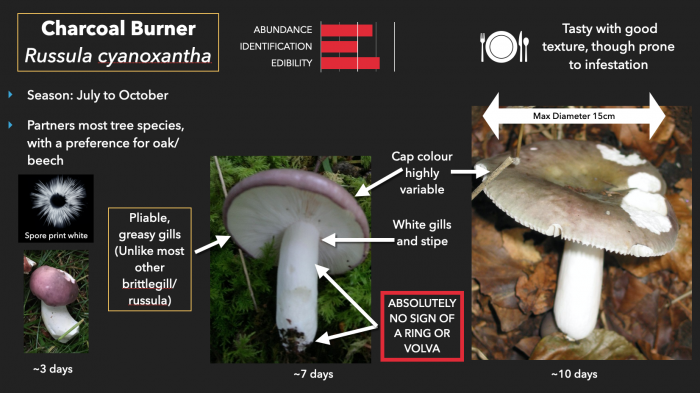