Both these species are variously referred to as scarlet or crimson elf cups. They are virtually indistinguishable to the naked eye. 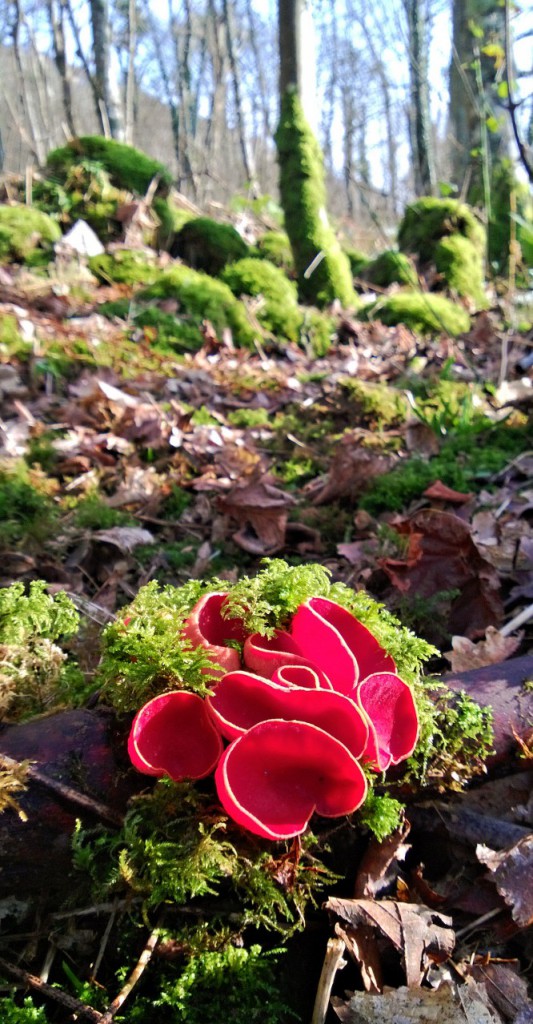 These spectacular little fungi fall into the category of almost too pretty to pick. I find lots in a snowdrop and ramson-filled wood by the sea and the contrast of the red elf cups, white flowers and vibrant green moss makes it a very special place in February. I admired them for years without really bothering to try eating them – their thin red flesh put me in mind of chamois leather and didn’t seem to offer too much promise of flavour. So when a keen wild food chef I know started tweeting pictures of dishes using them and raving about them generally, I decided it was time to give them a go. Foraging is full of pleasant surprises, and elf cups are one of its best. 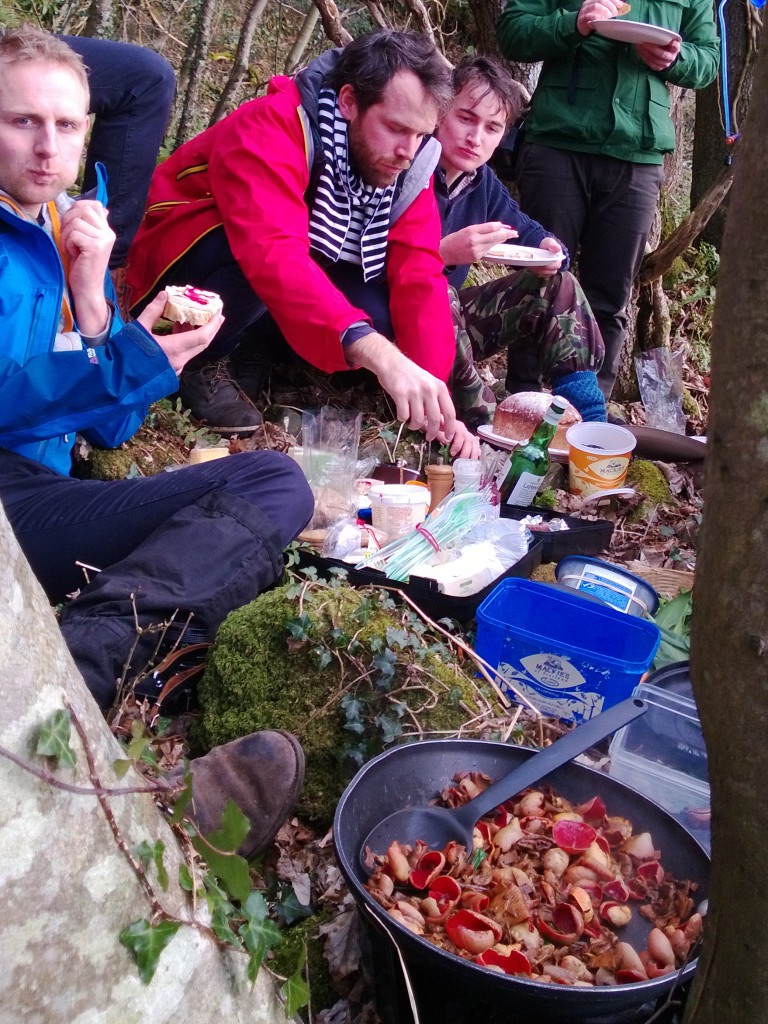 Cooking elf cups in the woods

They have a subtle, earthy flavour with perhaps a hint of beetroot. Though the texture isn’t typical of mushrooms, they do cook well – either frying or in stews seems best.

They lend themselves so well to holding things, that I can’t resist filling them with other woodland gifts for some on-the-hoof raw hedgerow munching. I don’t usually recommend eating wild fungi raw, but haven’t encountered any problems with elf cups or young velvet shank (which taste like mushroom toffee!). If you do give it a go, try a little bit the first time. Early few-flowered garlic shoots, baby velvet shank, pink purslane and cep-infused lichen have all worked well and look, frankly, stunning. 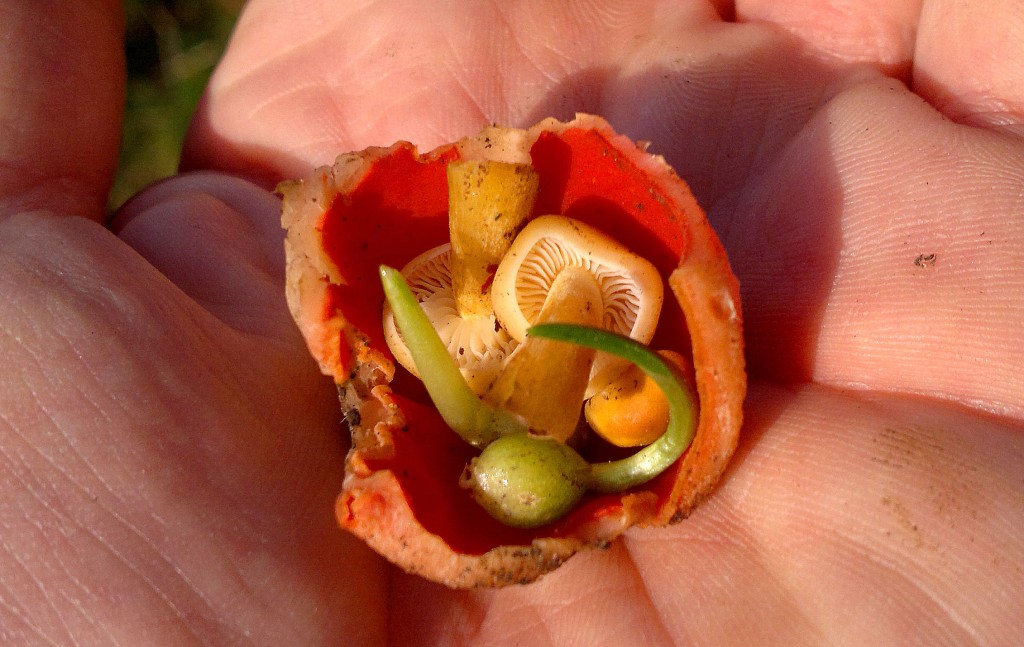 Scarlet elf cups are related to the equally attractive orange peel fungus which appears in the autumn usually on disturbed ground, new path edges etc. They look exactly as their name suggests, and I regularly pounce on actual orange peel by mistake! 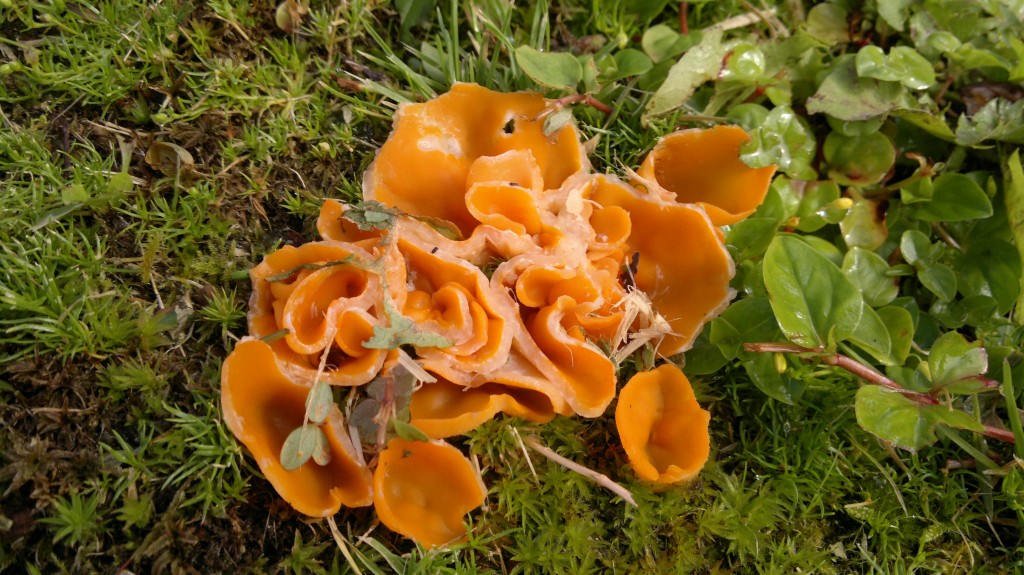 Elf cups can be found in large numbers in certain places when they are flushing, but even then I urge people to pick these beautiful fungi with restraint and leave plenty to continue to do their important work decomposing wood and for others to enjoy. Read more about responsible mushroom picking here. 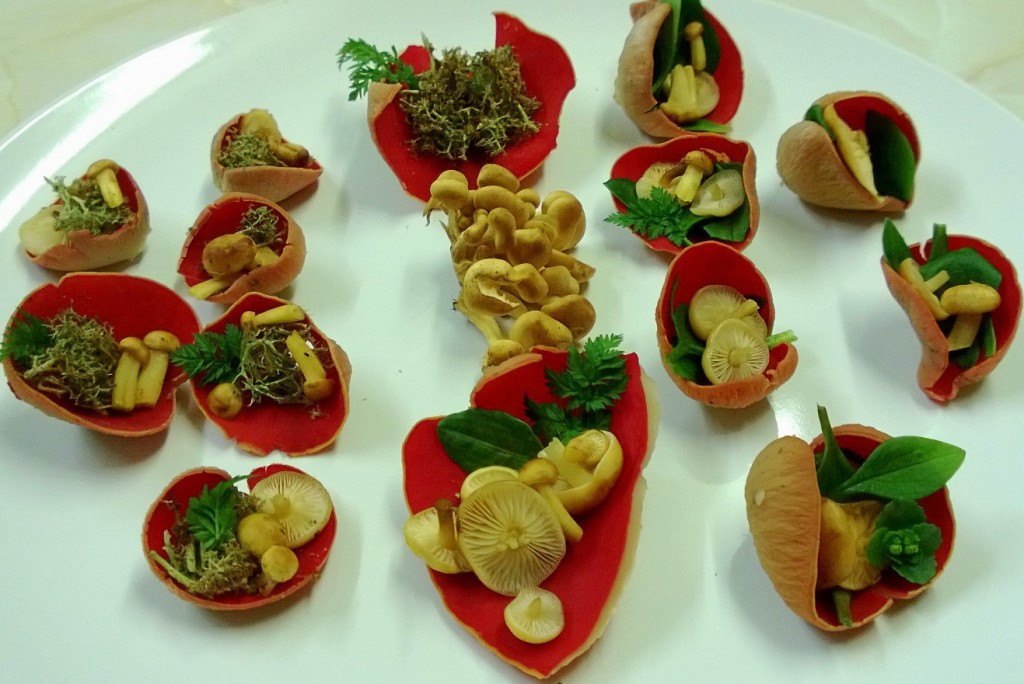